Britain’s looming exit from the European Union threatens to spark a new fishing war ― one that risks depleting stocks at a moment when warming seas are already stressing aquatic populations.

Newly sworn-in British Prime Minister Boris Johnson has vowed to take his country out of the bloc by the end of October with or without a deal. That raises the possibility of fresh conflicts as European and British trawlers compete for catches in once-shared fisheries and regulatory enforcement falls to the wayside.

A so-called “no-deal Brexit” would pull the United Kingdom out of the EU’s common fisheries policy and could affect “nearly every fishery and species caught commercially in the Northeast Atlantic,” said Michael Harte, a professor and fisheries policy expert at Oregon State University.

“From scallops to mackerel to haddock and cod... the stocks of all these fish are shared by the EU and the U.K.,” Harte said in an email. “In a worst case scenario these stocks could be decimated as each country refuses to recognize fishing quotas imposed by the other.”

European vessels catch an annual $654 million worth of fish in British waters, according to EU estimates. Britain sold $1.6 billion of seafood and related products to the EU last year, accounting for roughly two-thirds of the country’s seafood exports, according to International Trade Commission data analyzed by the trade publication Undercurrent News. That makes the British fishing industry particularly vulnerable to EU trade restrictions, since seafood requires speedy delivery to ensure fresh products get to market.

“If we’re stopped from fishing in UK waters, we will stop British fish being sold in France,” Eric Gosselin, the head of a French fishing cooperative, told the British tabloid The Sun earlier this month. “Our fishermen will stop the trucks.”

Britain is a veteran of fishing wars, but its record of wins is checkered. In four separate conflicts between 1958 and 1976, U.K. vessels confronted Icelandic ships over fishing rights to cod. Iceland prevailed in each of the Cod Wars.

In 2007, Iceland and the Faroe Islands raised their annual quotas for mackerel, enraging Scottish fishermen who depend on the striped, silvery fish’s massive schools. Scotland, backed by the EU, challenged the tiny Nordic nations that one Scottish lawmaker accused of “acting just like their Viking ancestors” by “plundering” fish stocks. The Mackerel War ultimately derailed Iceland’s bid to join the EU.

Yet in last year’s Scallop War, the British themselves faced similar allegations as French fishery chiefs accused British fishermen of treating shared waters as “an open bar ― they fish when they want, where they want, and as much as they want.” The conflict, which escalated to boats ramming each other at sea, ended with an agreement to pay British vessels to fish less.

If Britain leaves the EU without a deal on fisheries, the Europeans stand to lose more, according to a Financial Times analysis published in July. But the U.K.’s “paper advantage over fisheries,” Harte said, “could be cold comfort come November 1st when the realities of 21st century fishery supply chains see haddock and cod missing from the corner fish and chip shop.”

In a worst case scenario these stocks could be decimated as each country refuses to recognize fishing quotas imposed by the other. Michael Harte, fisheries policy expert at Oregon State University

That reality is climate change. Fish are migrating away from historic fisheries at an average rate of more than 40 miles per decade in search of cooler waters as ocean temperatures rise, according to a study published last summer in the peer-reviewed journal Science. That’s roughly 10 times faster than the movement patterns of land creatures.

As a result, 70 countries are projected to contain one or more new fishery stocks in their exclusive offshore economic zones, the areas of open water over which countries exert sovereignty. Making matters worse, the research found, there are no international organizations with the existing power to broker and enforce new deals to share the fish, which raises the risk of overfishing.

British regulators appear ill-prepared to enforce quotas. An internal government document accidentally sent to the BBC this month indicated British officials lack the resources to police the vast fisheries the country is taking with it in the Brexit divorce.

“At this stage, there is a lot of uncertainty about the sufficiency of enforcement in a no-deal because we have 12 vessels that need to monitor a space three times the size of the surface area of the UK,” the memo reads. “We are not on an overly strong footing.”

As it is, new technologies and surging demand for seafood have recently sent global catches to roughly four times the average amount fished in 1950, according to United Nations statistics.

Brexit Could Spark The Next Big Fishing War
220,000 Pounds Of Dead Fish Found In China 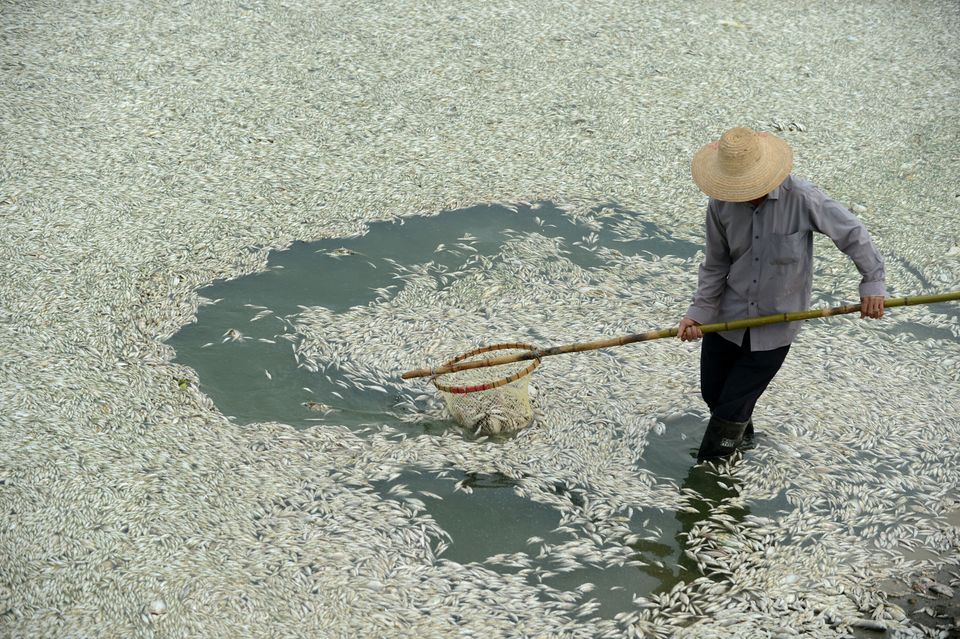