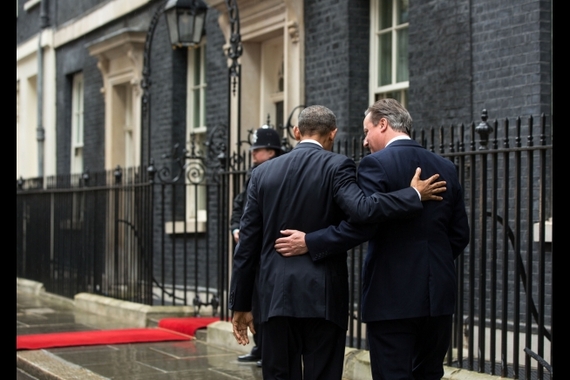 This week, while on a three-day visit to Great Britain, President Barack Obama waded into the British political debate surrounding the upcoming, June 23, referendum on Britain's continued membership in the European Union--nicknamed "Brexit." The visit coincided with the formal beginning of the political campaign over the measure.

President Obama's comments in favor of Great Britain's continued membership in the EU were welcomed by British Prime Minister David Cameron, but brought swift condemnation from "euro-sceptics," supporters of a British withdrawal from the EU.

Boris Johnson, the mayor of London and a leader of the pro-exit euro-sceptics or "outers," accused Obama of meddling in British domestic affairs, saying that Obama was advocating for Britain policies that the US would never accept for itself. He was sharply criticized when he cited "the part-Kenyan president's ancestral dislike of the British Empire" and called his remarks "incoherent," "inconsistent and...downright hypocritical."

What exactly is Brexit and what does the upcoming referendum mean for the future of Great Britain and the EU and how could it affect the United States?

First of all the United Kingdom European Union Membership Referendum, popularly referred to as "Brexit," a contraction of the words British exit, does not mandate an automatic withdrawal from the EU. Under article 50 of the 1993 Treaty of European Union (Maastricht Treaty), and the 2009 Treaty of Lisbon, a member state must first give notice to the European Council that it wishes to withdraw.

Once notice is given, negotiations would begin over the withdrawal. During this period the notice could be withdrawn if a new agreement is reached, although any such agreement would, from a political standpoint, necessitate another referendum approving it. If no other agreement was reached, the withdrawal would become effective on the second anniversary of the original notice to the European Council.

Moreover, even if Great Britain was to leave the EU, it could still opt to join the European Economic Area (EEA) or the European Free Trade Association (EFTA). The EEA allows for the free flow of persons, goods services and capital between the member states of the EU and Iceland, Lichtenstein and Norway.

EFTA also allows for a free trade area and includes the members of the EEA, as well as Switzerland. Both organizations would allow Great Britain the benefits of a European wide common market and would still require some financial contributions to the EU, but the scope and reach of EU mandated legislation and administrative jurisdiction would be significantly curtailed. 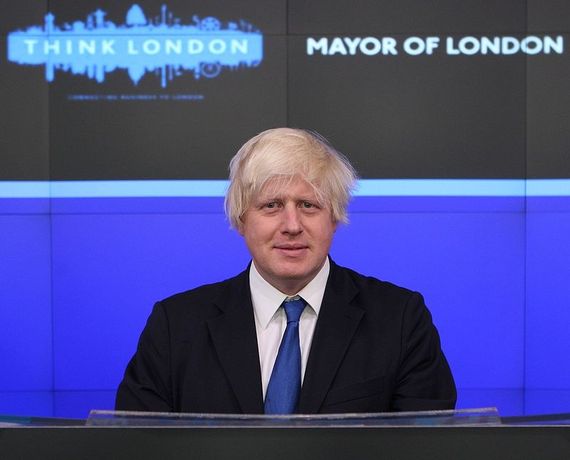 The debate over Brexit has created a deep fissure within the British electorate and sharply divided the Conservative Party, while at the same time fueling the rise of the pro-exit, United Kingdom Independent Party (UKIP). Many of the UKIP's supporters are dissatisfied Conservative Party voters.

According to an in-depth analysis by The Royal Institute of International Affairs (Chatham House), on average, Britain's "outers" are poorly educated, having "left school before their seventeenth birthday," are "over 55 years old" and are employed in "less secure, lower-income jobs."

This group has "strong concerns over immigration and its perceived effects on Britain's economy, culture and welfare state." Demographically, the "outers" have much in common with the American voters driving the populist campaign of Republican presidential candidate Donald Trump.

The Obama administration sees a potential UK exit from the European Union as highly destabilizing to the EU; a view widely shared in US government circles. The EU accounts for about 20 percent of US exports, with the UK representing the largest share with the European Community. Roughly one out of every five dollars of exports to Europe goes to the UK.

A Brexit would complicate current US plans to negotiate the Trans-Atlantic Trade and Investment Partnership (TIPP) with the EU. Britain is also the US main business gateway to continental Europe. Uncertainty about Great Britain's future economic relations with the EU would prove disruptive to American exports to Europe.

Great Britain is a key gateway to US exports to Europe

Moreover, from Washington's standpoint, the EU represents an institution of regional order and stability on the continent. It has played a critical role in stabilizing economically and politically the former communist regimes in Eastern Europe, and has a major ongoing role in doing the same thing in the Balkans.

Historically the EU has been seen as an "exporter" of stability and order to the southern and eastern rim of the Mediterranean, although of late it seems that it has instead become an "importer" of the regions chaos and violence.

Continued EU political and financial support for Ukraine is critical to stabilizing that country, as well as resisting Moscow's attempts to reassert its influence in the former Soviet satellite states of Eastern Europe. Finally, Washington sees the European Union as a critical partner in its efforts to contain and curb the spread of international jihadism and terrorist violence.

From America's perspective, any action that weakens the European Community, its internal cohesion, or further fragments its decision making process is detrimental to US interests.

In addition, a stable and united Europe allows Washington to focus on more pressing concerns in the Middle East, Central Asia and East Asia, especially rising Chinese aggressiveness in the South and East China Seas, continuing issues with nuclear proliferation, and especially Iran's and North Korea's nuclear weapons program, as well as Russian assertiveness in Eastern Europe and the Middle East.

From the US's point of view, continued UK participation in EU institutions maximizes British influence on the continent and in turn makes it a more valuable ally to America.

A Brexit could also have one other consequence, that of reviving Scottish sentiments for independence. Historically the EU has been adamant that breakaway regions of current EU members would not retain access to the European-wide common market but upon their independence would have to reapply for membership. That prospect is a significant source of economic uncertainty and risks potentially devastating economic consequences for would be secessionists.

Those risks played a major role in persuading Scottish voters to reject independence from the United Kingdom. Scotland's voters are strongly pro-EU. A Brexit and the possibility of a swift ascension to the EU in the event of independence could well tip the balance in favor of Scotland's own exit, shall we call it "Scexit," from the UK. 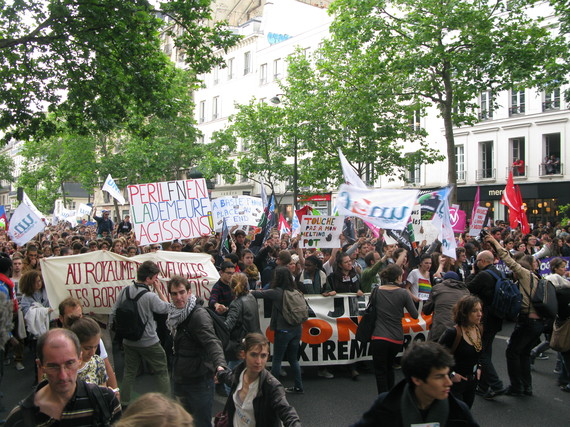 Demonstrations against National Front, Paris May 29, 2014

Finally, a British exit from the EU will underscore the contentiousness of the current European debate over immigration as well as the increasing unwillingness of the "rich," northern tier of the EU to economically subsidize the poorer southern tier.

The euro-sceptic trend may be older and more widespread in Britain, but it is becoming increasingly powerful elsewhere on the continent. The Dutch voters' recent rejection of Ukraine membership in the European common market being the most recent example.

Barring any dramatic new developments, it's likely that the "inners" will eke out a narrow victory over the "outers." June 23 is still two months away, however, and much can happen in the intervening period. Financial concerns will ultimately weigh heavily on voters in the Brexit referendum as they did on Scottish voters during the referendum on Scottish independence.

The Cameron government's claims that a Brexit will cost the average British family 4,000 pounds yearly, roughly 5,800 dollars, in lower economic growth may sway the remaining undecideds. Either way, this issue will not be settled by the outcome of the Brexit referendum and is likely to auger a new period of dissension and instability within the EU for the foreseeable future.