Warning: This post contains nudity and graphic imagery, and may not be appropriate for work.

If you are not familiar with the epic tale of the artist known as BREYER P-ORRIDGE, you're in for a treat. 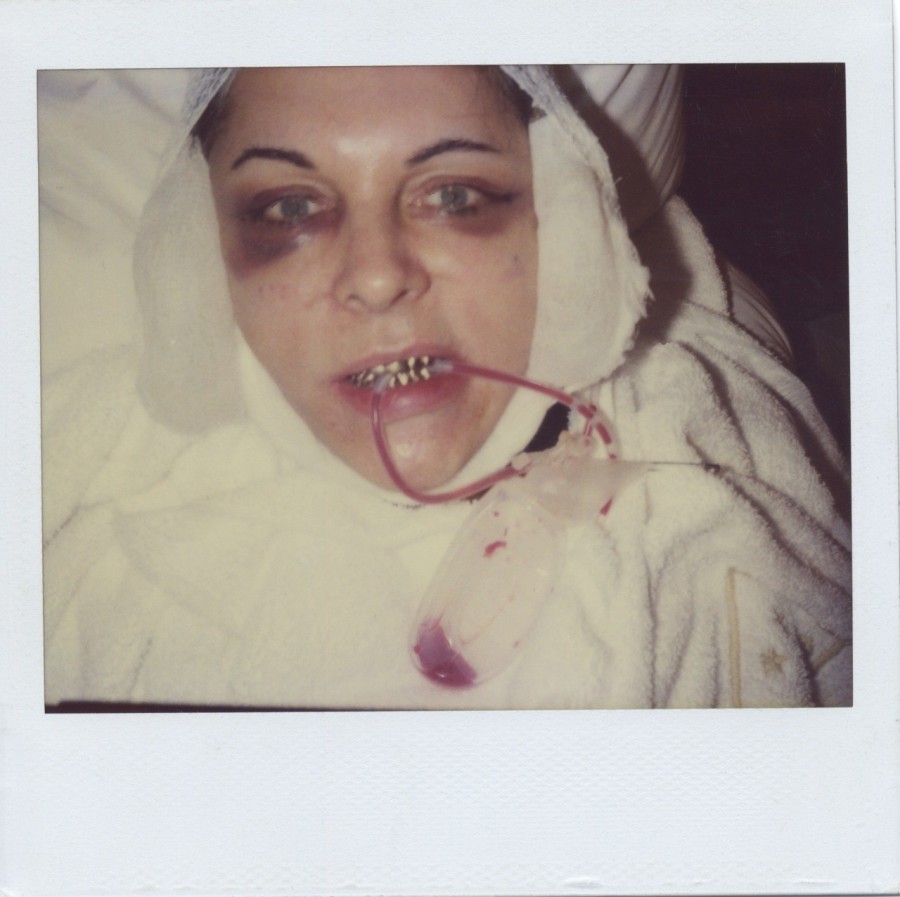 P-ORRIDGE was introduced to Molinier's work through a book on surrealism s/he was gifted as a schoolboy. Molinier's work revealed the body as more than just a vehicle through which to restructure and revolutionize, but the site of the revolution itself. S/he was also drawn to his self-proclaimed lack of morality, having "claimed to have pleasured himself on his sister’s corpse and eventually shot himself in what’s been described as his final work." P-ORRIDGE took note of this artistic manifestation of shapeshifting, using the fractured nature of the self to push the body past its physical limits into the realm of art.

In the 1990s P-ORRIDGE took he/r fascination with collaged identity to the next level after falling madly in love with Lady Jaye Breyer. The two embarked on an artistic and romantic collaboration, a Pandrogeny. "As a couple, we want to become more and more one," P-ORRIDGE said in 2004. "Everything becomes raw material, malleable and neutral," P-ORRIDGE explains in a statement. "There is no specific gender anymore. No male or female, merely surfaces and a canvas of skin stretched across multiple skeletal frames." The two took the malleability of identity to the extreme, merging identities and genders to become Genesis BREYER P-ORRIDGE.

"I guess I'm dedicated to breaking every inherited mould I can in my private life," P-ORRIDGE continued, "and I am blessed to work with a partner who is prepared to be involved in that process too. We both went and got breast implants on the same day, on our 10th anniversary, and we woke up in hospital holding hands. By chance, we have the same size shoes, but now we can also share lingerie as well!" 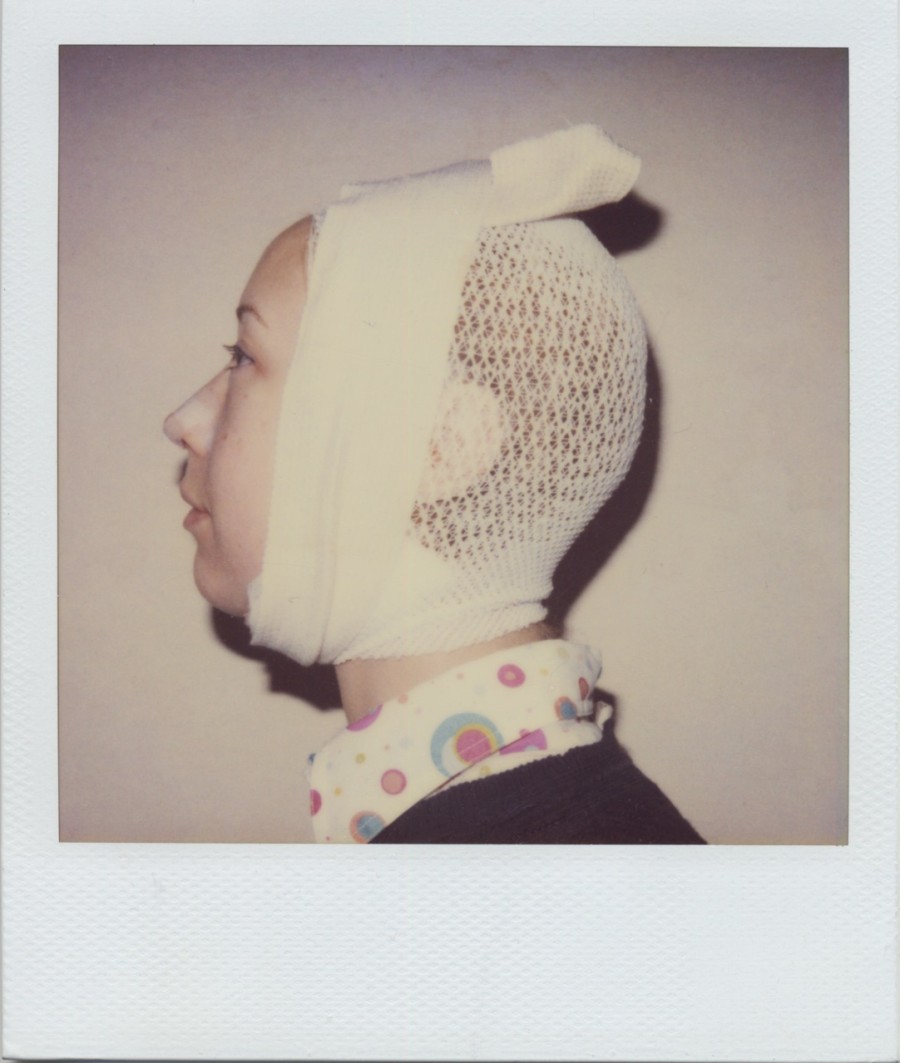 Lady Jaye died suddenly in 2007, yet she lives on in P-ORRIDGE, their ongoing collaboration, and in their first person "we." Pronouns -- like the preferred s/he -- are radical for the artist.

"Around 10 we’ll sit on the bed and drink some ice water and turn on mindless television, because that’s the time of day when we really miss Jaye," P-ORRIDGE recalled in a New York Times piece recounting the events of her daily life. "That’s when it’s really quiet and you feel the emptiness and sometimes we just forget and think [Lady Jaye's] going to come through the door. Not to watch TV, there’s nothing on. Just to keep the space agitated so the loneliness is not so bad."

For P-ORRIDGE, so much of this urge toward transgression and transformation stemmed from Molinier's work. "For in his explorations of the most basic of all subjects… the human body… he applied patterns and interplays so meticulously that they felt as familiar at times as my own," s/he told INVISIBLE-EXPORTS. 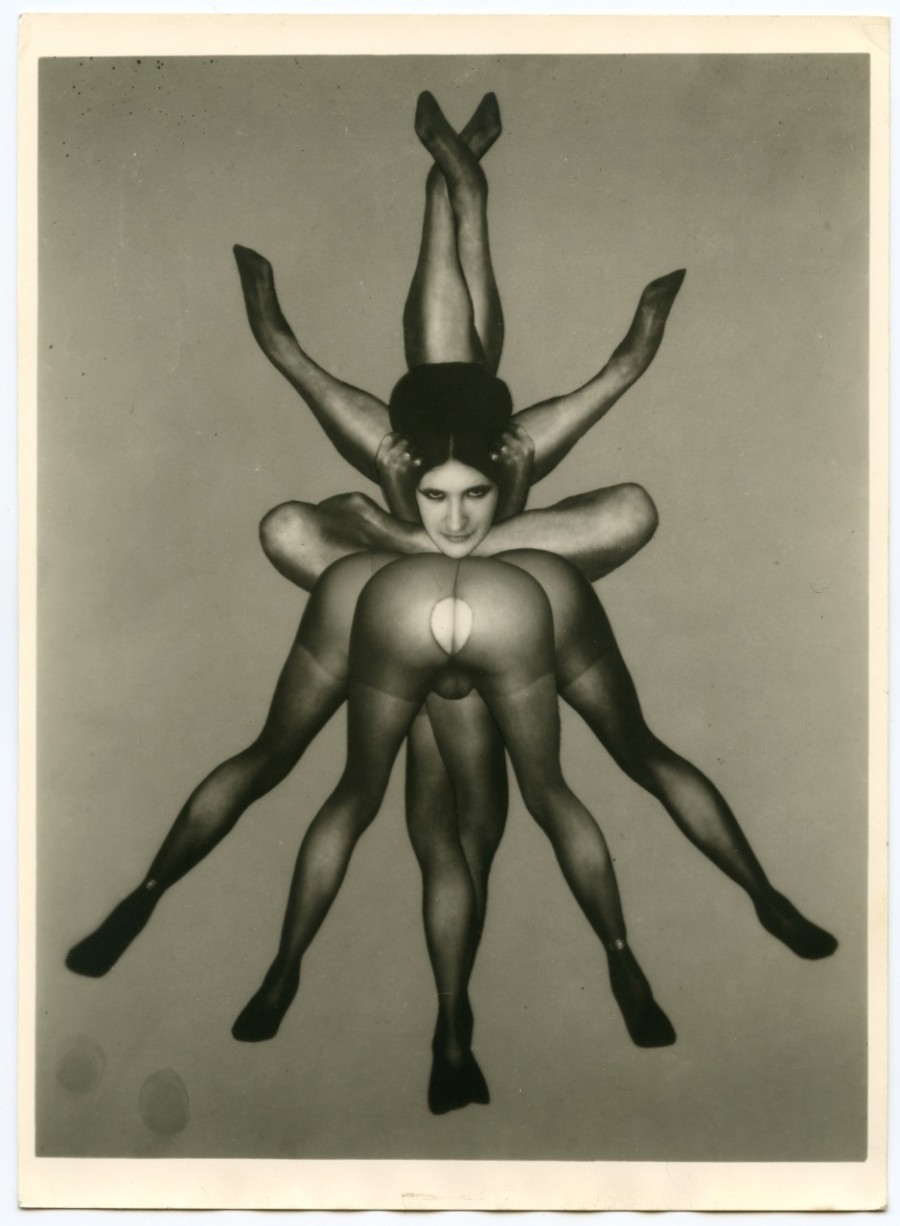 The exhibition runs until October 12, 2014 at INVISIBLE-EXPORTS in New York.