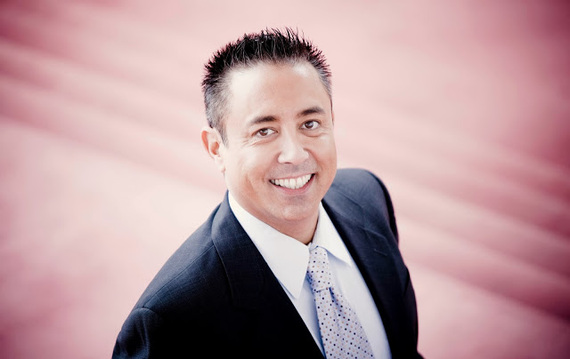 As one of the world's preeminent countertenors, Brian Asawa has been a fixture on the opera circuit for two-decades. The Los Angeles native's career had jump-started as the first countertenor to become the Grand Prize Winner of the Metropolitan Opera National Council Auditions in 1991. Other top honors ensued. His professional life launched at the Santa Fe Opera in 1993 and the singer has seldom looked back, or had time to. He has conquered North American stages in Los Angeles, San Francisco, Houston, Seattle, Toronto, Washington D.C.'s Lincoln Center, and New York's Metropolitan Opera, and enjoyed equal success in the international houses of Sydney, Cologne, Brussels, Lyon, Amsterdam, Bavaria and London's Covent Garden.

Between these dizzying peregrinations, Asawa has called the Bay Area home. This month, for a combination of family and professional reasons, he has relocated to his native city. This first recital after his permanent return was in the pleasant sanctuary setting of the West Los Angeles United Methodist Church last Sunday afternoon. Located in the tidy if modestly appointed Sawtelle district of West L.A., its members are by tradition Japanese Americans, as is Asawa himself. The church's exterior grounds have gently evocative memorials sprinkled about in the style of Japanese gardens. The recital itself was a fundraiser for a congregation that includes the singer's mother and family.

And a very fine program it was. A trio of selections each by Alessandro Scarlatti, G.F. Handel, and Franz Schubert began the program, which was rounded out later with sacred and secular holiday songs from around the world. Between these, a new work by San Francisco based composer Kurt Erickson, Four Arab Love Songs, inspired Asawa's and pianist Mark Salters' most moving, also most novel, performances. Its world premiere tour had begun in Long Beach on October 26 and will conclude early next year with recitals in San Francisco and Washington State. This was its second performance.

Erickson's songs form a mini-cycle of medieval Arab poems from Spain's Andalusia region dating from 900 to 1100 AD. Their poets -- with lapidary names like Ibn Hazm, Al-Asad Ibrahim Ibn Billitah from Toledo, Yusf Ibn Harun Al-Remedi from Cordoba, and Bakr Al-Tartushi from Eastern Andalusia -- are near-lost identities from Islam's Golden Age. (Erickson told me in a later telephone conversation that he discovered the obscure texts in a used-book store.)

In their confessional humanism and indulgent humor, these epigrammatic songs reveal an Arabic sensibility far removed from the religion-drenched dogmas of today's Middle East and North Africa. Their sinewy vocal lines, ably conveyed by Asawa, have clever onomatopoeic counterparts in the piano's atmospherics, fully exploited in the interplay between Salters and his singer: exaggerated strutting motifs in "The Rooster", an erotic-neurotic soundscape, at turns barbaric or quixotic, in "Split My Heart", buzz-cut rhythms for the shaved-head exploitations of "Slave Boy", and an obsessive one-note repetition of the word 'you' in "Absence." The devices captured the spirit of the poems and established a lineage of emotional tone-painting that Erickson has inherited from the songs of Franz Schubert.

Music lovers are generally more familiar with Domenico Scarlatti, Alessandro's keyboard specialist son, than his opera-composing father. Baroque opera revivals have brought Alessandro's name back into public view, and, on the basis of the three arias that opened the recital, with good reason. Asawa took the audience on a lyric journey from the promise of the sun's gilded rays at morning to love's suffering and later the mortal blows of a lover's glance. His assured, pleasing trills were shown to good advantage in "Son tutta duolo" and his rich lower register in "Se tu della mia morte."

If there is one composer to whom today's countertenors are most indebted, it is George Frideric Handel, whose Italian opera career in London was eclipsed during his lifetime by his later output of English language oratorios. Today's revival of the Baroque master's operas are the core of the countertenor repertoire. On this occasion, Asawa featured selections from both genres. Handel's familiar 'Where e're you walk" can, in lesser singers, become cliché; here Asawa beautifully reimagined it as a fresh and spontaneous outpouring. "Sparite, o penseiri" found him equivocating between two lovers. Likewise, he brought out, in a bumptious rendition, the temporizing humor of "La tigre arde di sedeno," the text comparing hot love to a tiger's anger or, if losing that lover, to a turtledove's sorrow. 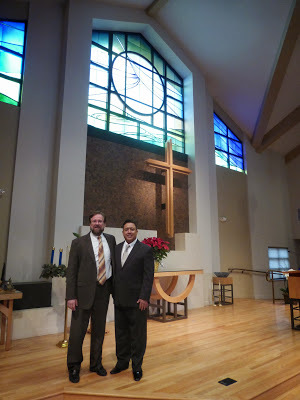 Schubert's own uncanny ability to conjure subtle moods was explored in the next set. In "Liebesbotschaft," the first of his Schwanengesang (Swan songs), the physical distance between Salters' fast-rippling piano piano and Asawa's delivery of the song's dense poetry on stage may have compromised precision in their joint execution. "Im Abendrot" made up for it with its paean of glowing sunset gratitude to the deity, notable for Asawa's impressive breath control, allowing his voice to easily caress the song's exquisite, long-breathed serenity. Goethe's "Rastlose Liebe", in an oppositional mood, conveyed the breathless energy of young and restless love.

The varied program had showcased Asawa's youthfully bright voice, fine technique and impressive range. Asawa doesn't just stand and sing; he instills each of his selections with a veteran stage actor's ability to convey a song's emotional climate and unique character. His versatile piano collaborator, Mark Salters (opera co-director and vocal coach at nearby Cal State Fullerton), maintained a close empathy while revealing his own fluid virtuosity. The church's acoustic was full and mostly free of distracting reverberation.

As lovely as the Christmas themed dénouement was, it was the millennium-old poetry from Islam's Golden Age that haunted this listener and, in a significant way, captured the urgency of the universal human condition. In our troubled age, the songs of those Arabic poets of so many years ago chimed with this holiday season's renewing hope for human compassion, tolerance and inclusiveness.

Top photo of Brian Asawa by Marco Borggreve is used by permission of the artist.
Bottom photo of Salters and Asawa at WLA United Methodist Church is by Rodney Punt and used by his permission. Punt can be contacted at: Rodney@artspacifica.net