It was Parish who, with the use of a hidden camera, recorded Wanetta Gibson confessing that she faked a rape accusation against Banks when they were both in high school.

Thanks to the hidden camera, Parish also had proof that the only reason Gibson didn't want to come forward about the truth was because she didn't want to pay back the $1.5 million settlement she won from the Long Beach school district after Banks' conviction.

In an exclusive interview with NBC 4, Parish walked through the steps he took to set the scene for Gibson's confession.

On advice from his lawyer, Banks had pleaded no contest to raping his childhood friend on campus 10 years ago, reports the Associated Press. He served five years in prison for a rape he didn't commit, and then spent the next five years on parole.

To his surprise, Banks received a Facebook friend request from Gibson after he got out of prison. During their first meet-up, Gibson confessed that she faked the rape accusation and expressed a desire to help him. It was music to Banks' ears -- except for the fact that she didn't want to face prosecutors with the truth for fear she would have to return settlement money her mother had won from the school. The Associated Press has more about Banks' frame of mind during the difficult time:

"I thought maybe it wasn't real," he said. "How could she be contacting me?"

He said he knew that if he became angry when he met with her it wouldn't help, so he struggled to keep calm.

"I stopped what I was doing and got down on my knees and prayed to God to help me play my cards right," he said.

Banks did play his cards right. After Parish helped him obtain Gibson's recorded confessions, he teamed up with the California Innocence Project to approach district prosecutors and get the rape conviction thrown out of court. The case was dismissed immediately. On May 24, Banks got the chance to stand up to the public and proclaim his innocence for the first time.

At the time of his arrest, Banks had just verbally agreed to a football scholarship at USC. Now, 10 years later, he has another shot at the pros.

When the Seattle Seahawks heard about his story, they contacted him and offered to let him work out with the team. After the work out Thursday, Banks expressed his gratitude during a press conference.

"I don't even have words for it. This is a dream come true," said Banks. "I know a lot of people worked hard to get to this point. I've also worked hard myself, and I'm just thankful for this opportunity."

Banks has since been invited back for a more formal tryout at the team's mandatory offseason minicamp. 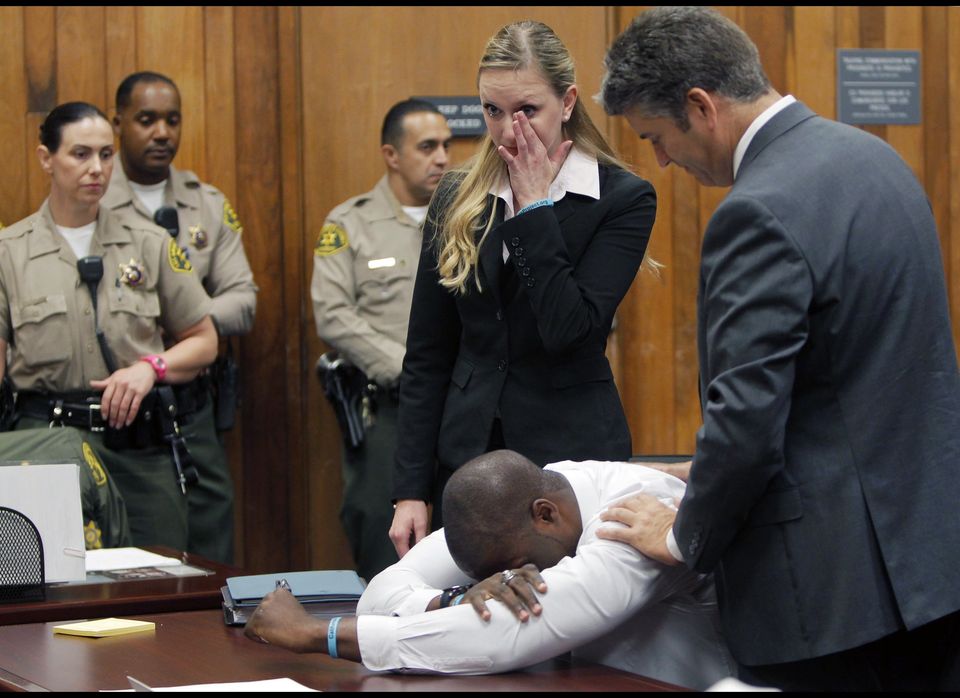 1 / 6
Brian Banks becomes emotional as his attorney Justin Brooks, right, and attorney Alissa Bjerkhoel stand by, as Banks' rape conviction is dismissed Thursday, May 24, 2012, in Long Beach, Calif. It has been 10 years since Banks, then 16, pleaded no contest to a rape charge brought after a childhood friend falsely accused him of attacking her on their high school campus, shattering his dreams of a pro career. (AP Photo/Nick Ut)