We all have them: writers who reached us at an early age, wrote something that penetrated our minds, our hearts, our souls; writers who captivated us when our minds were soft and ripe, eager for stories to get lost in. Today, one of mine passed away. His name was Brian Jacques. And I'll never forget what he did for me.

I've aways been a reader. "Book" was literally my first word. In my second grade classroom, my teacher kept a shelf of tattered, old paperbacks in a row, available to any kid who wanted to pick one up and dive in. One day I chose a book at random. It was old, worn, creased and loved. It was called Redwall. The cover image was of a funny-looking little mouse holding a sword and shield. The copy promised a grand adventure. I was a fast reader, plowing through hundreds of pages a day, so even if I didn't enjoy Redwall, it wasn't a huge loss. I took the book home with me that day. By that night, I was finished. 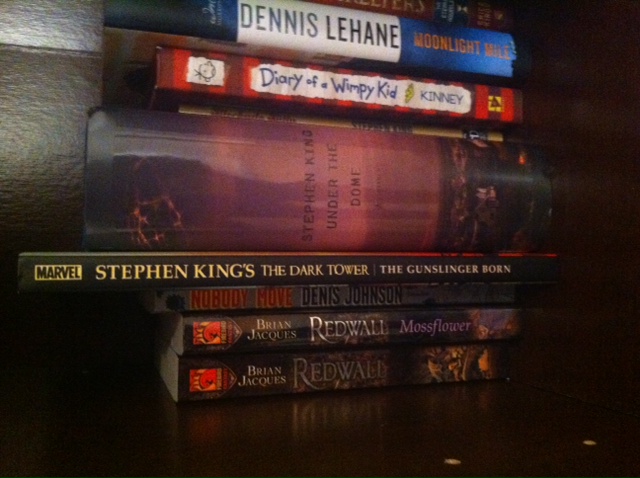 My bookshelf as it sits today, with Redwall and Mossflower at the bottom. Stories I love as an adult. Stories that remind me of being a child.

I was enraptured by the quest of the small, timid mouse, Matthias, and his quest to retrieve the sword of the legendary Martin the Warrior to protect his home, the Abbey, from Cluny the scourge and his minions. Over the course of the story, the timid Matthias grows into a leader, a fighter, proving himself to have courage and bravery that nobody--even himself--knew existed.

The next day I bought Mossflower, the prequel to Redwall, about the rise of Martin the Warrior. By the time Martin fought the evil feline queen Tsarmina at the end, I don't think my eyes had left the page from the moment I cracked the spine. Following I devoured Mattimeo, Mariel of Redwall, and Salamandastron. I eagerly devoured the entire Redwall series, exploring the world Brian Jacques created, learning the histories of its characters, reaching out to know everything about this creation that had passed from Jacques's mind into my own.

As I grew older, I stopped reading Brian Jacques. My tastes changed, but the memory of this world never dimmed. Recently, I noticed that new editions of the Redwall books had been released. The child I once was opened his eyes again. I bought the new editions of Redwall and Mossflower, knowing my bookshelf wasn't complete without the books that had watered and nourished my budding love of books. They sit on my shelf as we speak. 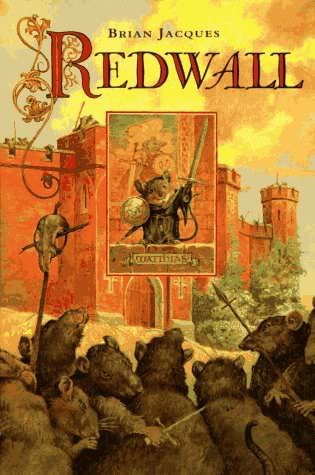 Throughout my career, I've had the fortune to meet many of my literary heroes. But I never met Brian Jacques. Still, I'd like to think that somewhere our minds and hearts met, that a person who wrote books that I cherished so much must have known the young boy I was, the stories that would enrich my life. Today, a small piece of my childhood passed on, but the memory and legacy has not.

Thank you, Brian Jacques, for your incredible stories, for helping a boy understand that courage and bravery can come from the unlikeliest of places, for helping a boy imagine a wondrous world outside of his own. Thank you for the worlds that opened his mind and heart, a world he will carry with him for the rest of his life. 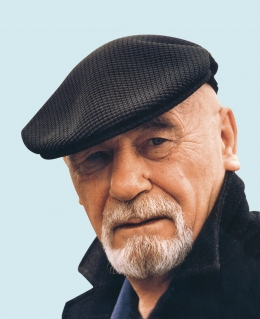 Jason Pinter is the bestselling author of five thriller novels (the most recent of which are The Fury and The Darkness), as well as the ebook exclusive thriller FAKING LIFE, which have nearly 1.5 million copies in print in over a dozen languages. His first novel for young readers, Zeke Bartholomew: Superspy!, will be released in November 2011. Visit him at www.jasonpinter.com or follow him on Twitter.