A waiter found himself completely transformed after a generous tip.

For years, Brian Maixner, a waiter at the Doo-Dah Diner in Wichita, Kansas, had several missing teeth as well as tooth decay, KWCH12 reported. However, the single father was unable to afford care. This all changed when customer Fred Boettcher, who was struck by Maixner's upbeat attitude, approached the diner's owner with a request to leave the waiter an incredible tip -- dental care valued at thousands of dollars. 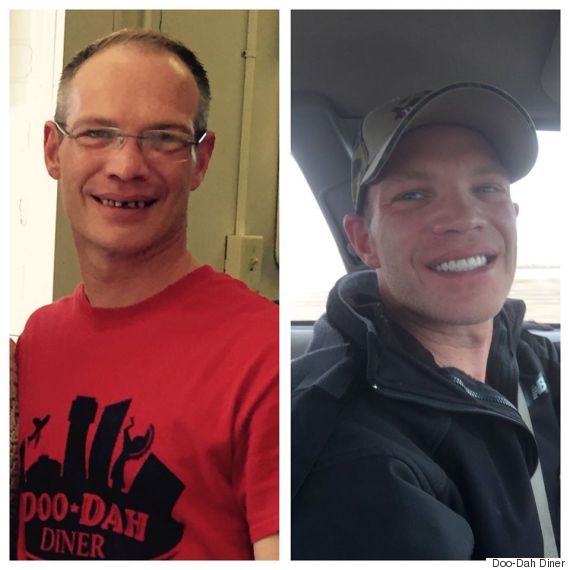 Maixner, before and after his dental work.

"I was in shock. I was trying to wait on their table, but I was crying a bit," Maixner told Today.com of his initial reaction to the news.

For the last two months, Maixner has received dental work paid for by Boettcher, and last Wednesday, he unveiled his new smile to his friends and customers, People reported.

"My friends on Facebook went through the roof," Maixner, told the outlet about his new flashy grin. "I've been getting a lot of people stopping me in public." 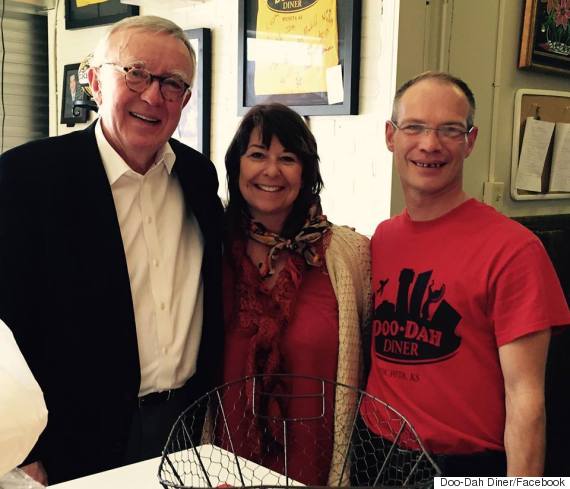 The friendly waiter has dealt with dental problems since childhood, and has been working to eventually pay for dental insurance, People reported. But even with severe tooth problems, Maixner sported a big smile at work -- a quality that Boettcher appreciated.

"I took one look at this young man and knew he was something special," Boettcher told KWCH12. "He carried himself with such kindness and confidence with a mouth that looked painful. I was struck by that."

Boettcher, who also experienced dental problems in his younger years, sent the waiter to his own dentist who treated Maixner and pulled his remaining teeth. He was then fitted for dentures, according to the Wichita Eagle. Though Maixner isn't finished with his procedures and has to wait a few more months before he can get dental implants, he says that he already feels like changed man.

It's a transformation, he says, that wouldn't be possible without Boettcher's sense of compassion.

"This man doesn't know me and this is something I could never afford to do for myself. [It] touched me so much that he cared," Maixner told KWCH12. 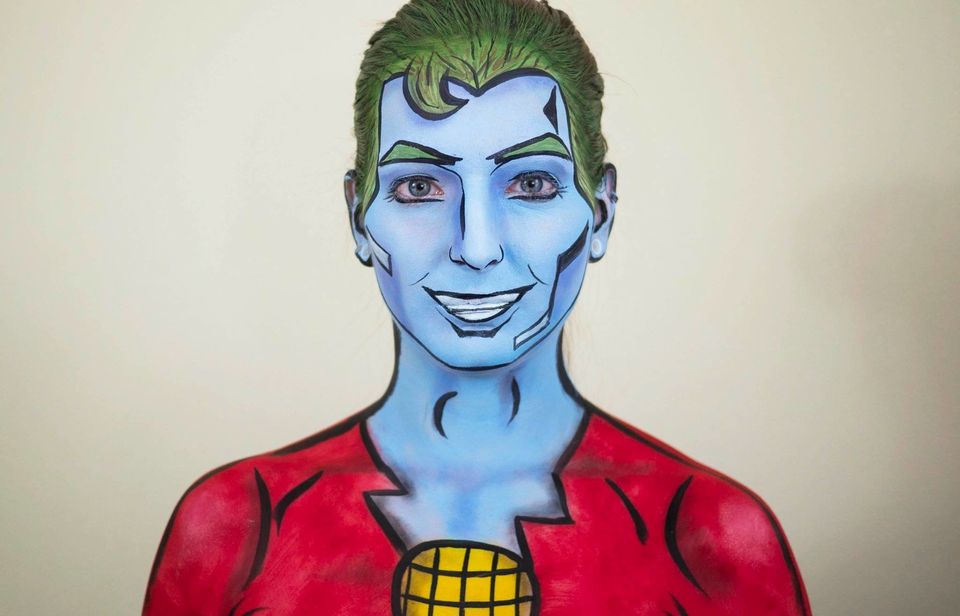