Sasquatch walked the red carpet with Wilson, pausing for photos, growling at the sky and occasionally attacking other guests.

Wilson caused a media frenzy at last year's ESPYs after showing up in nothing but a black, white and orange spandex tuxedo.

But unlike the fitted tuxedo, it seems that Wilson's choice of date wasn't entirely random. Instead, it was a promotion of his upcoming series "Wilson and Sasquatch, Uncaged" on Made Man, premiering on July 23. The site released a preview video (see below) to accompany the ESPY appearance.

Hints of a possible sasquatch connection first appeared when the pitcher released a video featuring the creature the day after his Tommy John surgery, steering the spotlight away from his injury, focusing instead on his crowd-pleasing antics.

Check out photos of Wilson and his guest at the ESPYs in the slideshow below. Then watch the Made Man promotional video: 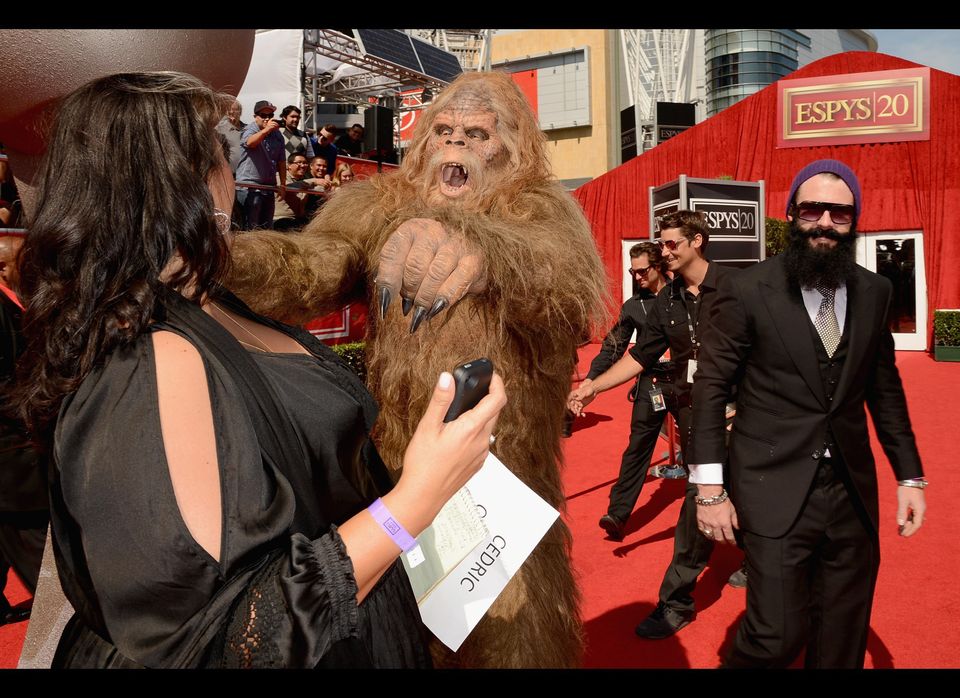