While the outfit was typical Wilson, the photos unfortunately were not. Though Wilson is famous for his branded image (we have yet to see video evidence of him breaking character), the photog caught the pitcher picking his nose (rude!), scarfing post-workout Snickers bars and generally looking rough around the edges. While we applaud Wilson for keeping in shape during the off-season, we wish he didn't have to look like Tommy Lee while doing it.

Lewis, a San Carlos native, is a Hollywood bartendress and has been reportedly spending plenty of time with Wilson. And judging from her Twitter account, the reports seem to be correct. Lewis's tweets are rife with Wilsonisms, and she even tweeted about eating Twix bars and power walking on the day of the photo.

Lewis gained local fame earlier this year for competing on Guy Fieri's "Minute To Win It." (See her out in action in the video below.) Wilson has been linked to several women in recent years, but this one looks like she might actually be able to handle him.

Check out Hargrave's photos of Brian Wilson in our slideshow below. You're welcome. 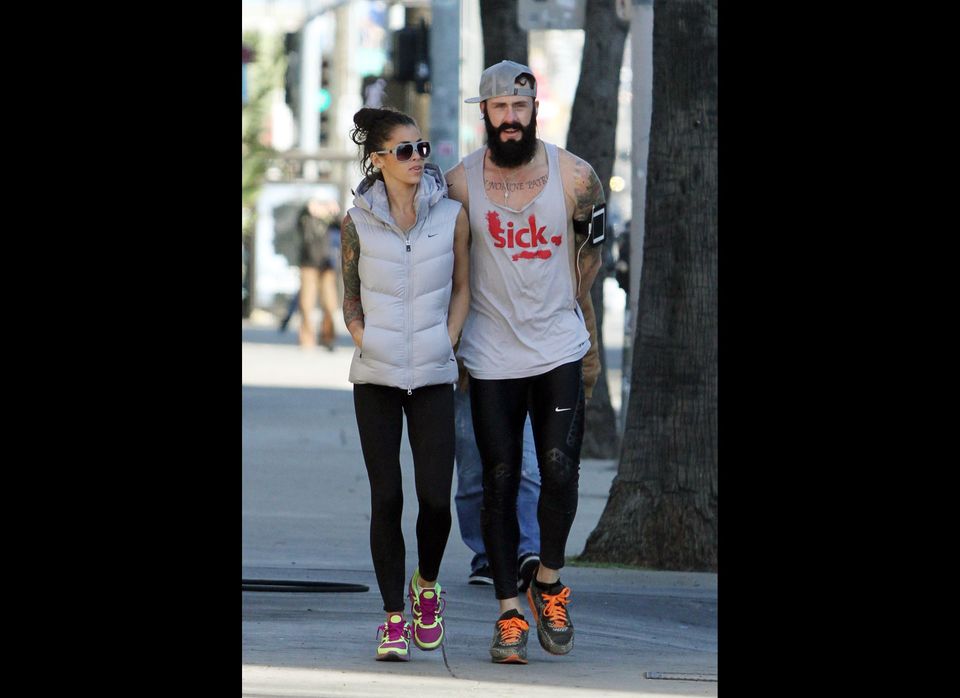