The media has long chronicled Beach Boys frontman Brian Wilson's LSD use and his subsequent recurring hallucinations, and none of it has been blown out of proportion, according to the rock icon himself.

When HuffPost Live asked the veteran singer if he felt his LSD narrative had been exaggerated over the years, he candidly replied, "Not really, no."

"The truth is that I did take LSD," he continued. "All I know is that after I took it, I had auditory hallucinations."

Wilson, who continues to "still deal with" hallucinatory spells from a fateful LSD trip taken at age 25, admitted that "it's tough." Otherwise, Wilson speaks positively of his hallucinations, saying they were occasionally conducive to creating his timeless songs.

"It helped the music," he recalled. "It made me want to get over the voices in my music. So, in some ways, it was a good thing."

The depiction of his drug use in the newly released biopic "Love & Mercy," however, was emotional for the 72-year-old to see.

"Some of it I had some difficulties [watching]," Wilson said of the film. "Some of it, I had a good time on. When I met [my future wife] Melinda and she sold me a car, that was something I liked. Paul Dano played me, portrayed me in my early 20s when I was producing records -- probably my best time, yeah. Both of those were really great."

Despite attributing success in part to illicit substances -- telling The Guardian that initially "my creativity increased more than I could believe,” upon taking LSD -- Wilson urged fans to avoid the drug.

"My message would be, obviously: don't take drugs," he said. "Drugs aren't good for you. That would be the message." 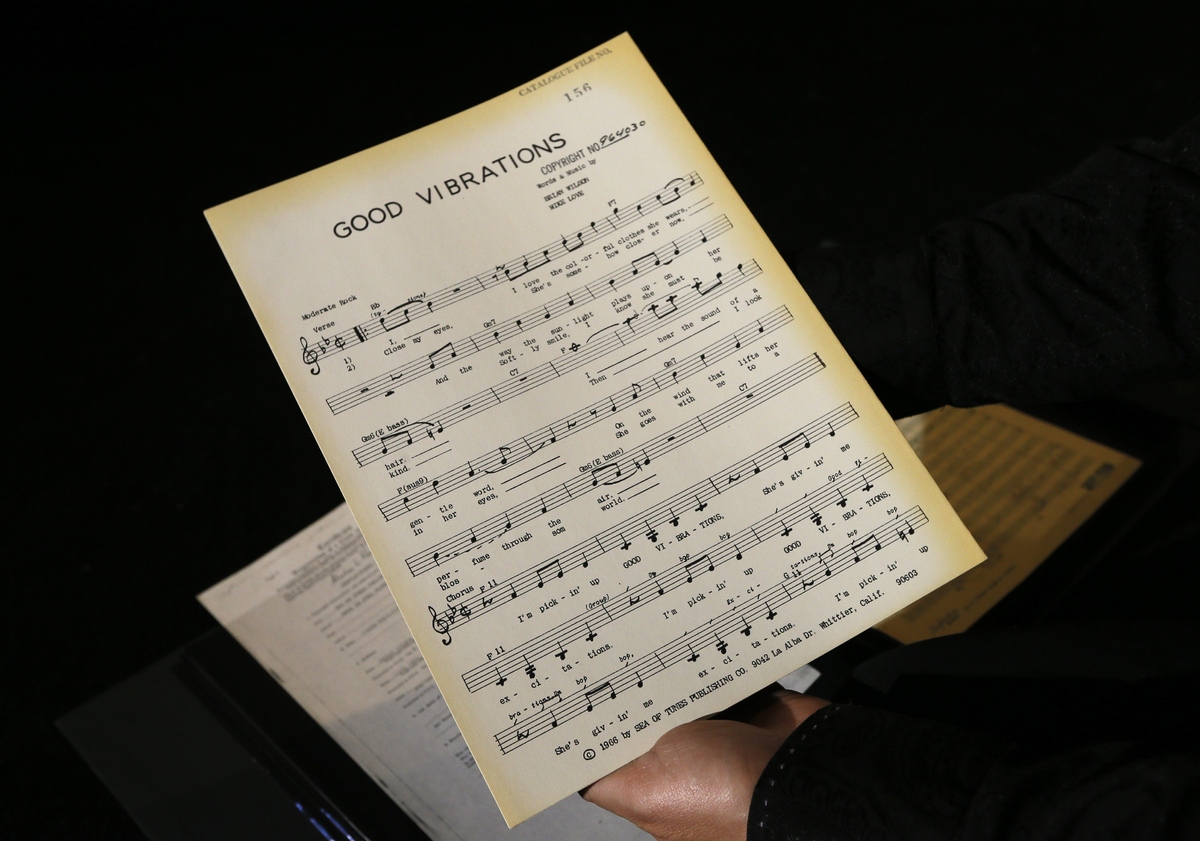 1 / 7
A musical manuscript of 'Good Vibrations' is displayed in London, Thursday, April 18, 2013. A large archive collection of The Beach Boys early compositions, contracts, publishing agreements, hand written songs and hand written musical manuscripts will be auctioned this month in one lot. The archive is being auctioned by closed bidding by The Fame Bureau in London, and bids are accepted up to May 15. (AP Photo/Kirsty Wigglesworth)
AP