One of New England’s most beloved seaside towns recently played host to what was believed to have been the largest all-lesbian mass wedding in history.

A total of 106 women descended upon Provincetown, Massachusetts, to participate in the first-ever “Bride Pride” on Oct. 15. Of the attendees, there were 53 couples, 25 of which were tying the knot for the first time and 28 that were renewing their vows, in a sun-drenched ceremony officiated by comedian-activist Kate Clinton.

The spectacular event coincided with Provincetown’s 32nd annual Women’s Week, and was organized by Alli Baldwin and Ilene Mitnick, the co-owners of Roux Provincetown, a popular bed and breakfast.

Baldwin and Mitnick, who have been married for 14 years, originally began planning the event as a way to renew their own vows. At first, Baldwin said she and Mitnick invited a select handful of women to join their ceremony. Eventually, their love of Provincetown, which has established itself as a premier beach destination for the LGBT community, won out, and what started as an intimate affair became an event.

“Initially, we envisioned a quiet ceremony, but we’re passionate about Provincetown and we’re passionate about introducing new and more women to this amazing place, so we invited the planet,” Baldwin told The Huffington Post. The fact that the ceremony would coincide with Women’s Week, which includes a series of special events focused on lesbians, wasn’t lost on the couple. “We have a vision to have Provincetown be known as a destination for queer women year-round,” she added.

Sadly, Bride Pride didn’t make the cut for the Guinness Book of World Records; although no “Biggest Mass Lesbian Wedding” category exists in current editions, organizers told Baldwin that at least 100 couples needed to take part before an entry would be considered. Still, she and Mitnick are hopeful a future installment might draw enough to warrant an entry, and they’ve already received registrations from two couples for next October.

Although more than a year has passed since marriage equality became the law of the land in the U.S., Baldwin believes witnessing so many same-sex couples professing their love to each other can have a tremendous impact.

“I remember ― many of us remember ― a time when the thought of same-sex marriage was unthinkable. It’s one of the reasons we wanted to do this,” she told HuffPost. “To me, seeing same-sex couples marry will forever be a powerful thing.”

Take a look at some incredible photos of Bride Pride 2016 below. 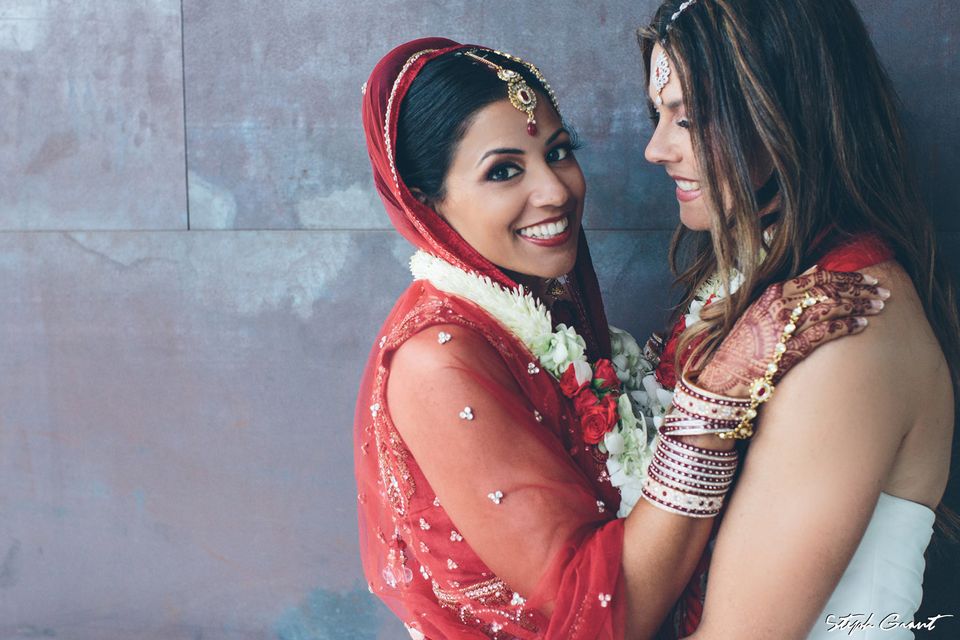