In his State of the Union address this year, President Obama urged repairs of "the nearly 70,000 structurally deficient bridges across the country." He proposed a plan called "Fix it First," which would have invested $50 billion in repairing transportation infrastructure, starting with the most urgent repairs.

Instead, Congress failed to avoid the sequester and transportation repair spending faces a $1.9 billion cut.

The collapse of the Interstate 5 Bridge over the Skagit River in Washington State on Thursday once again sounded alarms over our nation's aging infrastructure. While this incident had no fatalities, there are hundreds of other bridges in Washington with worse sufficiency scores and more than 150,000 structurally deficient or functionally obsolete bridges across the nation. 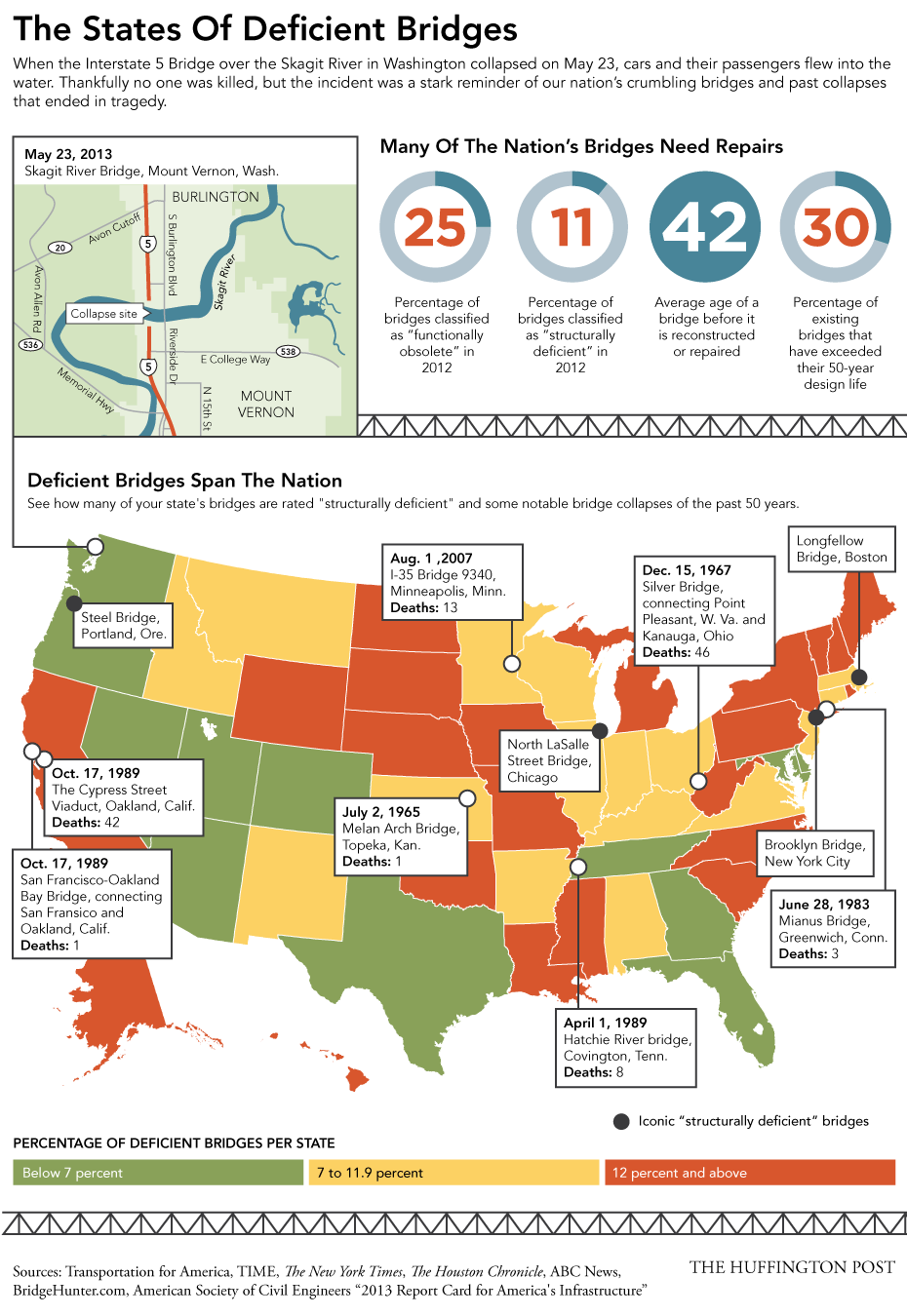