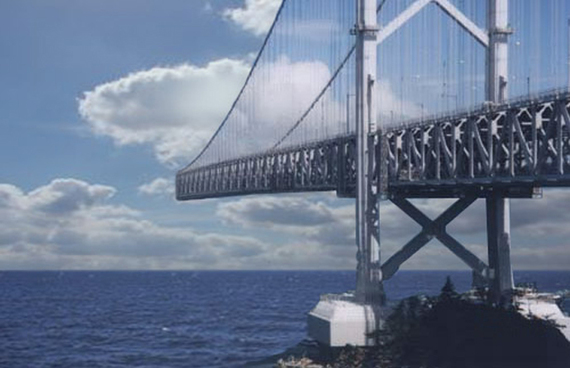 As the Aliso Canyon disaster has made clear, California's overreliance on natural gas comes with significant cost. New gas plants are not, as the fossil fuel industry suggests, a bridge to decarbonization, but instead a dangerous detour that moves us further from our climate goals and diverts investment from clean energy resources. Yet the urgent need to reduce reliance on fossil fuels has still not penetrated the labyrinthine halls of the California Public Utilities Commission ("PUC"). The PUC is charged with approving utility contracts for new energy resources and when it comes to gas, the PUC just can't seem to get enough. Last year, the PUC overturned the decision of its own administrative law judge and hastily approved the Carlsbad gas plant before clean energy alternatives could be evaluated. It then approved the Stanton Peaker plant even though the utility's own analysis showed energy storage was significantly more cost effective. Now, the PUC is poised to override yet another administrative law judge decision, and approve a third new plant -- ironically named "Puente," or "bridge" in Spanish.

It is difficult to imagine a project more at odds with California's priorities than Puente. Under a recent Executive Order, all state agencies are required to prioritize investments that "protect the state's most vulnerable populations" and "both build climate preparedness and reduce greenhouse gases." But Puente would be located in Oxnard, a city that ranks in the top 20 percent of the most environmentally burdened communities in the state, and at a coastal location that is vulnerable to sea-level rise and flooding. Puente would meet 96 percent of the area's identified need for new power generation in the region, with only 4 percent provided by clean energy.

The City of Oxnard, Sierra Club and the California Environmental Justice Alliance ("CEJA") have all strongly fought Puente's approval by the PUC, arguing that the project's vulnerability to sea-level rise poses reliability risks, that Southern California Edison ("SCE") ignored its obligation to consider environmental justice in procurement, and that the number of offers for clean energy that SCE received was depressed by its much larger, concurrent resource solicitation for the Los Angeles area. In her proposed decision, the Administrative Law Judge largely agreed, deferring approval of Puente until the California Energy Commission ("CEC") had fully considered climate risk and environmental justice as part of the project's environmental review. Yet, like Carlsbad before it, following lobbying by fossil fuel interests, the Commission issued an alternate proposed decision that would approve the Puente contract, ignoring calls for SCE to issue a new resource solicitation to identify the clean energy solutions the people of Oxnard deserve. A final Commission vote on the Puente is expected April 7th.

Regardless of the outcome of the PUC vote, the fight will continue at the CEC, where environmental approvals are needed before the project can proceed. As described by Lucus Zucker, Policy Director for Central Coast Alliance United for a Sustainable Economy (CAUSE), the people of Oxnard, long overburdened with the region's most polluting industries, are done accepting further industrialization of their community. It is time for regulators to recognize that Puente is a bridge to nowhere and solicit clean energy alternatives to this ill-advised project.