The massive blaze that destroyed a large warehouse on Chicago's South Side nearly two days ago has flared up again -- even after it became encased in ice, making for an incredibly dramatic scene.

According to ABC Chicago, the fire reignited just before 6 a.m. Thursday morning at the Bridgeport warehouse located at 3757 S. Ashland Ave., prompting firefighters to blast millions of gallons more of water that is further testing the stability of the building's severely damaged remains.

Fire officials told NBC Chicago they were already expecting what they have called a "significant rekindle" on account of the large amounts of timber stored inside the building and the collapse of the roof and various floors. Such movement creates hot spots that fire crews have not able to reach. The blaze has been contained within the ice-covered building, but fire officials still fear the building could collapse.

The blaze is so massive -- the largest the city has seen in nearly a decade -- that the force is deploying a "vintage" piece of equipment called the "Big Mo" which can deluge remaining hot spots with between 2,000 and 3,000 gallons of water a minute.

After the five-alarm fire initially broke out just after 9 p.m. Tuesday, more than 200 of the city's firefighters were called to the scene. The blaze is the largest the city has experienced since a fire at the LaSalle Bank downtown headquarters on Dec. 6, 2004, according to DNAinfo.

The cause of the fire remains under investigation. 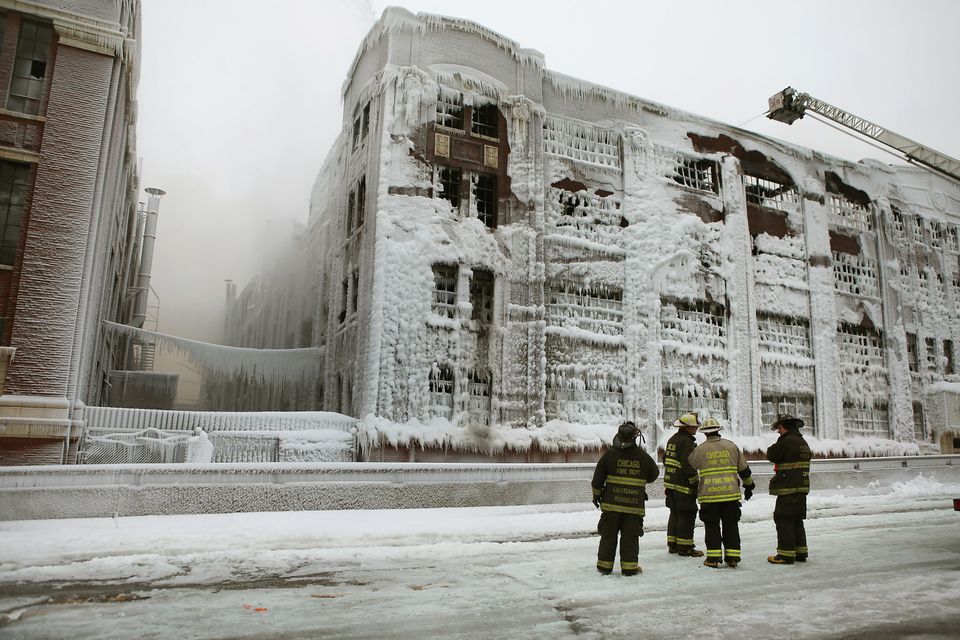