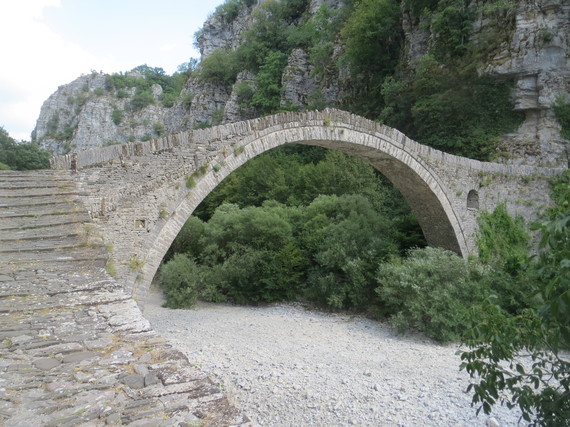 There is so much going on in this pre-election time. (I don't know when the pre-election started, it is one of those periods that are only marked by when they end, but their starting point is imprecise). Never mind, the campaign trail is rich in emotions, surprises, never-dreamt-of events and - yes, wisdom.

Where is the wisdom, you may be wondering? The wisdom, as all our sagacious ancestors have told us, is within. In this uncomfortable yet simple way, we all have, supposedly, a direct line to our own wisdom source. Which is very different from opinion, preference, experience, or certainty.

So how to recognize it?

This week I was thinking of the number of times the word 'wall' has come up in the media, triggered by the statements of presidential candidate Donald Trump. 'Wall' also was a word mentioned as many - if not more- times by numerous other individuals: Hillary Clinton, party members, journalists, commentators, analysts, and even, our friends. And ourselves.

I said the campaign trail is rich in emotions, and indeed it is. For example, what is so outrageous about talking about building a wall is that it implies that it divides land or people into two sides, one good and one not good, and that we, the good, don't want to interact with the bad one. The outrageous, even immoral belief implicit in the "wall" is that we (who are good, clever and powerful) are able to impose on others who have to accept that they pay for a barrier that will keep them, the 'bad ones' out, and this will prevent them from becoming a threat or nuisance to our own life. Perhaps the most profoundly outrageous meaning of the wall is that it symbolizes a separation, from the "stranger" that we don't want. It seems like a reaction coming out of fear, because some enemy out there is threatening our life, or our way of living. Or our values, our essence. The imprecise 'enemy' is there to get us, to make us suffer, and may take away those precious things of ours, the anchors of our identity that make us who we are.

I am a very empathic person, (which I still don't know if it's good or bad). As such, I can easily step into the shoes of another person, and feel in myself what the other is feeling. I say this, because when I hear about the rationale of building a wall between the USA and Mexico, I also get to feel the threat, the fear, the urgency of protecting the millions that may be at risk because of the illegal entry of dangerous, bad characters. But then I realized that the same feelings of empathy-- exactly the same feelings-- would come up when I listened to those who were outraged by 'the wall'! Let me explain this. I began to feel the same emotions: there is a threat to life, or to our way of living. To our values, our essence. The enemy does have a name in this case - the presidential candidate- but beyond that he is still the one that could make us suffer, imposing values that are not our own, impacting what we consider the anchors of our personal or national identity. This 'stranger', is the one we don't want. We fear him, because we feel threatened. So the best we can do is figure out how to stop him from entering our life. We are, in a symbolic way, building a wall. And asking others to join us, for protection's sake.

When I realized that I was having the same feelings in both situations, I thought something was strange. How can I be furious about someone who wants to build a wall, while I myself am building a wall to keep that stranger out? It didn't seem a matter of a physical, brick wall. It was a symbolic stage where there is one side that is right and good, and another that is dangerous and bad, and we need to clearly put a barrier so that we don't put our safe life at risk.

Walls as an expression of exclusion never fully work, actually. They are more a message to the population that something is being done to protect them, but in reality they are not that effective. And if we think of the symbolic wall of exclusion, not talking to those that are seen as "unfriendly", whether it is the leader of Iran or North Korea, never promotes understanding. Much to the contrary, it feeds a sense of "let me show you what we are able to do", which only begets more violence and separation.

I began to imagine what it would be if instead of building walls, we would be builders of bridges. Where we can create safe ways to reach out and explore the others, and let them explore who we are when we are at our best. 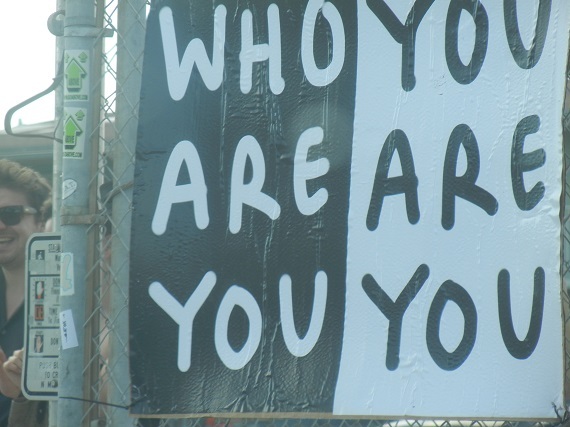 Photo: I.Rimanoczy
These are not brick walls or wooden bridges, please understand. They never were, anyway. They are attitudes of opening to the other, attitudes of curiosity to find what the other is about, in his or her own weirdness. And willingness to be changed by the other. This does not mean we have to like the other, or adopt her or his ways. It is bigger than liking: it is accepting, and loving. That stranger. Which we are also to the other-- we, ourselves the stranger.

Wait a moment -Did I say loving? Isn't that a bit too much? Well, that is when the wisdom gets to our doorstep. Love, in the bigger way. The way we love some of our (weird) friends or relatives, who we cannot understand yet we respect and love them. "People who know me say I'm a good person", Trump said. And he is right. Because that is a universal truth. When we know someone - really know- we begin to care for that person, as a fellow human being.

What is the responsibility of a majority leader to the minority? We hear speeches every day about respecting, loving, caring for the minorities. Are there exceptions to this rule? What is the duty of a majority leader to those who think differently? Here too, we are not going to solve it by building walls. But bridges can do it. Because we bridge differences, we don't wall them.

Bridges and walls, a challenge for all.