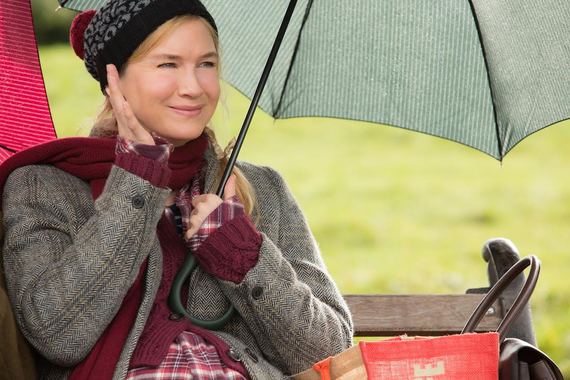 Renee Zellweger proves in "Bridget Jones's Baby," the third in the Bridget Jones trilogy, why she is the queen bee of romantic comedies easily surpassing other pretenders to the throne such as Kate Hudson and Sandra Bullock. The first Bridget Jones movie, which came out in 2001, broke ground for featuring an overweight, clumsy woman who couldn't keep her shirt tucked in as the girl who had 2 good looking, successful men fighting over her. 15 years later, Bridget may have wrinkles, but she still gets the guy. I was thrilled that the movie did not touch up Zellweger's wrinkles. Bridget and I, by extension, earned every one of them.

Women will relate to the movie partially because they can imagine themselves being BFF's with Bridget. Yes, she gets the guy, has an interesting job, and nice apartment in London, but she's also approachable, insecure, flawed, and clumsy. Contrast that with the hard-bitten career woman that is the typical lead in romantic comedies such as Mila Kunis's role in "Friends with Benefits," or Natalie Portman's in "No Strings Attached".

Zellweger never gets enough credit for the strength of her physical comedy which ranks right up there with Kramer on the television series "Kramer". She makes falling in the mud look sexy. Her stellar performance was buoyed by an extraordinary cast. Colin Firth may have won an Oscar for playing a king but I will always think of him first as the stiff Mr. Darcy. Patrick Dempsey basically reprises his role on the popular TV series "Grey's Anatomy" as the over-eager suitor who has to persuade the reluctant girl to love him back. Emma Thompson, in a minor role, predictably steals the show as the gynecologist we all wish we had. She makes us wet with her dry humor.

"Bridget Jones's Baby," deftly written, generates a belly laugh a minute. The one flaw of the movie is that it overdoses on cuteness instead of taking the braver path of discussing birth control and abortion on screen. Yes, the plot of the movie required that Bridget get pregnant, yet she could have discussed or planned more responsible contraception than 10-year-old vegan condoms found in the bottom of her bag. Or in a novel twist, the horny males could have tried and failed to take responsibility for preventing pregnancy. It certainly would have been in character for the uptight Mr. Darcy. 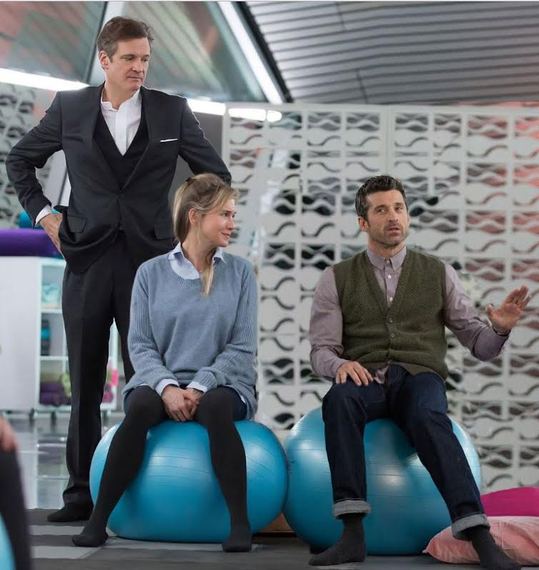 There's one crucial word missing from the Bridget Jones script-abortion. It is absolutely inconceivable that Bridget, a single 43-year-old pregnant woman, never considers terminating her pregnancy even if she eventually rejected it. The screenwriters of the film should have had her discuss it with her doctor or could have opted for the less in your face route of having Bridget write about it in her diary, which is now an iPad. It is 2016 not 1950. It is okay for a 43-year-old single woman to fear she can't handle a baby on her own and consider terminating her pregnancy.

"Bridget Jones's Baby," which opens in theaters September 16, rates 5 stars. It is guaranteed to make you laugh.