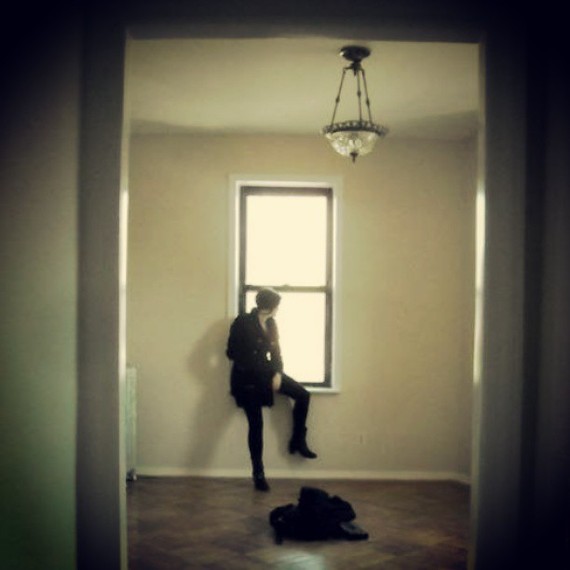 I knew I was pregnant before I even missed my period. I was supremely irritated with myself. Aged 30 and recently separated from the man I'd been with for the past 14 years, I couldn't help but laugh bitterly at the cosmic irony that, in all those years, the one time we managed to slip was just as we'd begun our divorce proceedings. In a perfect storm of upheaval, loss and longing, we had made a human error of miscalculation followed by a false assumption of improbability.

When I walked back into the bathroom of my recently purged and lonesome Brooklyn apartment and saw my intuition confirmed with the word "pregnant" in the window of the digital test, I didn't cry or panic. I sat down and called my mom and then my soon-to-be ex-husband to calmly tell them both that I would be scheduling an abortion for the next week.

There's a familiar pattern to abortion narratives, regardless of what side of the debate people fall on, themes of trauma, guilt, regret and having to choose between lesser evils permeate these stories. This isn't to say these feelings, when they occur, aren't valid. They are. But these are not universal and when presented alone, they perpetuate the falsehood that there is something broken in women that don't feel turmoil, doubt or regret. For some of us, the prospect of unwanted pregnancy sparks only one strong emotion and that is fear. The fear that we won't have access to an abortion that is safe, affordable and geographically feasible.

In years past, while living in Georgia, a late period led to endless fretting and hours spent online to research where I could get an abortion (the closest place was two hours away in Atlanta), what kind of obstacles I might face like waiting periods and mandatory counseling, and whether or not I could afford one without significant financial strain. Adding to my distress was the experience of watching a friend undergo emotional trauma after she accidentally booked her abortion with a crisis pregnancy center. There, she was inundated with inaccurate information regarding fetal development, breast cancer risk and future infertility with a substantial side of Hell-fire and Damnation. The appointment not only added to her distress and urgency, but it delayed her actual abortion by more than a week. It was an experience I hoped I never had to endure and, fortunately, I never did.

I had my abortion in June 2013 in a reputable clinic in midtown Manhattan. I was 5 weeks pregnant with an embryo that I felt a deep, visceral aversion to carrying to term. For me, it would have been unethical and cruel to subject a child, my soon-to-be-ex-husband and society to a life that none of us were capable of supporting financially or emotionally. I was confident that if and when if I ever had a child, he or she would be born into the best circumstances possible and would be deeply wanted. After the procedure, I felt tremendous relief. No trauma, no misery, no regret. 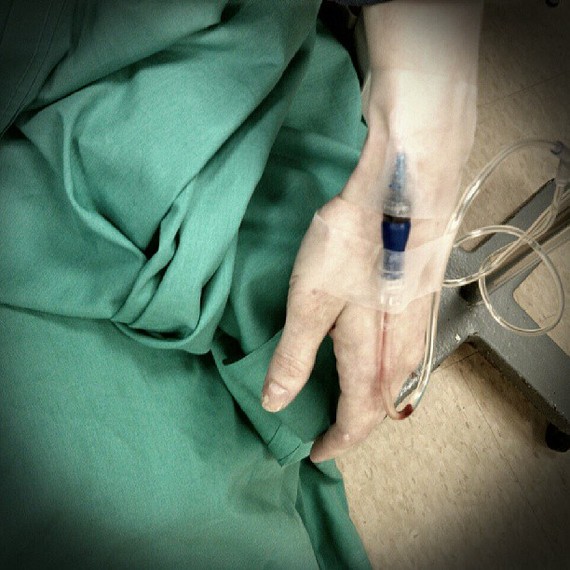 This was because the question for me was never "is it a life?" Of course it was a life just like any other organism that consumes energy and grows into something capable of reproduction. The more pertinent question was this: Where did I assign value to that life?

For most of us, even though things like gnats are a type of life, we don't assign much value to them. Aside from being a nuisance, they're so far from us on the spectrum of fauna that we feel little empathy for their plight. Just as many women will pass fertilized eggs during menstruation that have failed to implant in the uterus, few of these women would mourn this as a miscarriage because they've not yet assigned value to that life. In fact, it's almost certain they never knew it existed at all.

Though New York law, unlike Georgia law, did not require me to look at my ultrasound, I chose to because I was curious. In that sesame seed-sized mass, there was nothing there, medically or emotionally, to which I assigned value. In my mind, it was about as far from my definition of a human being as a gnat. My conscience didn't so much as whisper in protest.

If I'd been further along? I don't know. Maybe. It depends on whether or not my ethical beliefs would have outweighed my selfish desire to assuage my guilt by terminating after a point at which I'd begun to assign value. In fact, this was at the core of my accessibility fear: That I would face insurmountable roadblocks that would force me to progress, a prisoner of biology and someone else's moral framework.

I'm not angry at the pro-life crowd for feeling as they do, but I'm frightened of the suffering wrought by false assumptions, deliberate misinformation and the misapplication of good intentions. No one thinks abortion is awesome, it's not. Even when there is no value assigned to the life burgeoning within, abortion is expensive, time-consuming, and like any other medical procedure, physically taxing (though far from unbearable or truly frightening). Pro-life or pro-choice, we can universally agree that in the case of an unwanted pregnancy, it's ideal to never end up with one in the first place.

Those of us on opposing sides of the debate would be better served to consider the futility of pitting competing ideologies against one another and instead seek common ground. One can't pit religion against science. It simply doesn't work. No amount of religious or emotional shame will ever touch people like me who cannot fathom the value of a life devoid of thought, feeling or independent biological purpose unless we are emotionally attached to its potential as in the case of a wanted pregnancy. Moreover, little if any of my scientific reasoning will ever touch those who imbue the sacred notion of an ephemeral soul into the smallest zygote of human potential.

The pro-choice among you should understand that it's a myth that the other side doesn't care about life outside of the womb. While some do not, I know from experience that many do. In the pro-life camp there are those who also advocate ferociously on behalf of the homeless, immigrants, refugees, the LGBTQ community, the racially oppressed and victims of human trafficking. They live their lives doing what good they can within the constraints of their own moral and ethical beliefs.

And to those in the pro-life community, know that to make appeals to emotion grounded in beliefs that aren't shared or to fear-monger with the threat of Hell or manipulate a person's lack of education with misinformation, is an ineffective and dangerous strategy. You may change a few minds, but those people were likely unsteady in their commitment to ending their pregnancy in the first place. Because no amount of effort is going to make people suddenly start assigning value to life exactly where you do. It's like trying to convince someone on a date to order the lobster dinner when they really hate seafood. If you don't want to blow your shot completely, you're better off trying a different strategy and ordering the burger, instead.

If you are pro-life, I urge you to channel your empathy into doing good work that's the only kind proven to minimize suffering and the demand for abortion through championing broader, safer access to birth control and comprehensive sex education. Full stop.

Because you will never change the minds of women who are unshakable and certain of their need (be it medical, economic, emotional or otherwise) and advocating for laws to ban abortion or erode accessibility will not reduce abortions in any meaningful sense. For the determined, it will delay them at best and result in suffering and the loss of life in medically risky settings at worst.

Understand that for the majority of us, abortion will always be the kinder option when the alternative is a life of resentment, deep economic and emotional hardship or one spent languishing in foster care because there are more children supplied into the U.S. adoption system than are demanded. We of childbearing potential can and will experience fewer unplanned pregnancies through education and birth control. Failing that, yes, some of us will go on to have abortions but far fewer than would otherwise.

No change is ever absolute. Just because you cannot end all starvation, doesn't mean it's not worthwhile to pursue effective means to alleviate it. At the very least, those of us who still find ourselves with the unshakable need for an abortion can do so at an early stage as I did. You will not be party to what you conceive of as murder if you advocate prevention of unplanned pregnancy, but your actions can contribute to suffering and death if abortion is driven underground.

No woman should ever find herself awash in terror that she cannot afford or won't have access to a procedure that is essential to her wellbeing or that of any potential child she might bring into the world. No one should be forced to reproduce simply because they exercised their right and biological need to have consensual sex either inside or outside the institution of marriage.

To those men and women, both pro-choice and pro-life, who find themselves in endless cycles of opposition, fury and pain, take heart that a world that demands far fewer abortions is a very real and bipartisan possibility. To all those women who ache over the need to terminate a pregnancy, may you find the comfort you crave in faith or science, family and friends, self-care and time. And to all the women like me who have had or who might face an abortion and then despair over their lack of anguish or any feeling at all, you are not monstrous or alone. You did the best you could.