Fabiano Caruana's outstanding victory at the Dortmund tournament, a U.S. rating record and a magnificent king's hunt by the Chinese wizard Wei Yi marked the first days of summer.

Caruana became eligible to play for the United States just before the start of the traditional tournament in Dortmund, Germany. It caught the organizers by surprise since they still had him listed as playing for Italy. 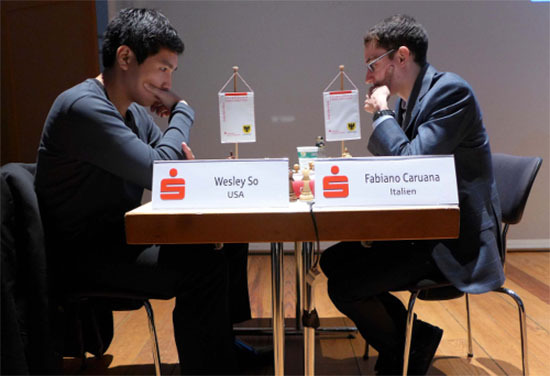 The top three favorites -- Caruana, Wesley So and the former world champion Vladimir Kramnik of Russia -- lost early. Caruana recovered in his true style, winning his last five games. So defeated Kramnik in the last round, taking second place on a tie-break.

This year marks the first time in 41 years when the United States has two or more players rated in the Top Ten on the FIDE list. In 1974, Bobby Fischer was rated first with a 2780 rating, I was number 10 with a 2625 rating. FIDE doesn't publish ratings from the last century anymore.

Before the tournament in Dortmund ended, FIDE published the July rating list. Nakamura, Caruana and So broke a new record: the U.S. now has three players in the Top Ten.

Caruana finished in Dortmund in elegant style against Liviu-Dieter Nisipeanu and was able to leap 1.5 points ahead of his next rival, an incredible accomplishment in such a short event. 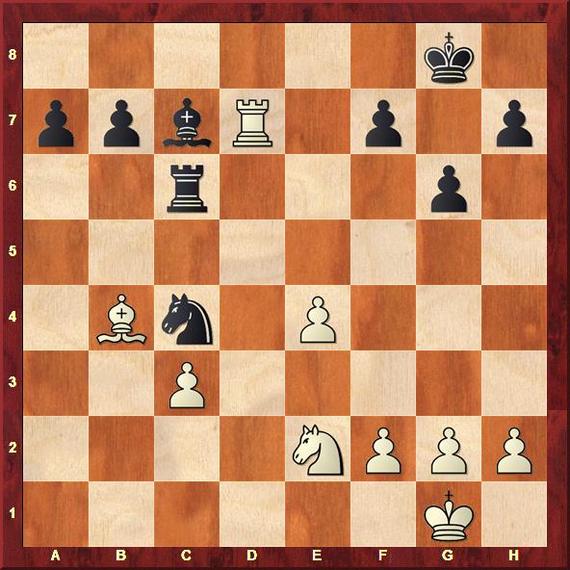 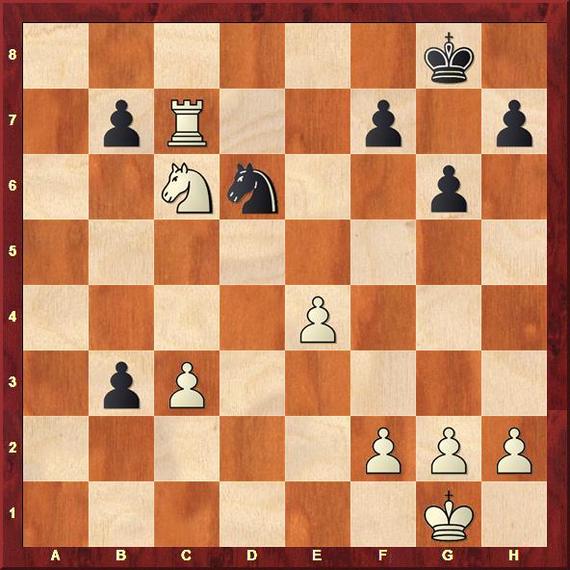 Fabiano defends his pawn on b7 and White can't catch the b3 pawn.
White resigned.

After the game Caruana tweeted: "That was my Ortueta-Sanz. Thrilled to be the winner of Dortmund for the 3 rd time!" He was referring to a beautiful promotional combination apparently played in the game Ortueta-Sanz in Madrid in 1933. But another game was published in Dziennik Poznanski in 1953. After a long research, the Dutch writer Tim Krabbé believed that the game Tylkowski-Wojciechowski, supposedly played in Poznan in 1931 was the original. In his excellent book The Art of the Endgame, My Journeys in the Magical World of Endgame Studies, published by New In Chess in 2011, the Dutch grandmaster Jan Timman has his doubts and criticizes the moves of the Polish game.

The combination appeared in many forms and modifications ever since. A Czech chess historian made the latest discovery last year. 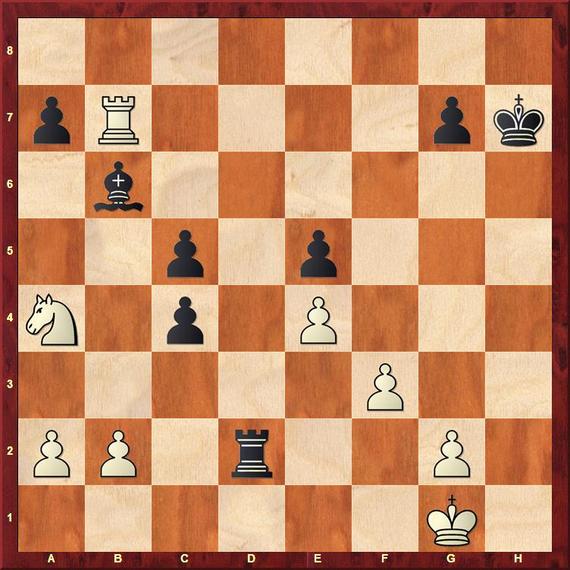 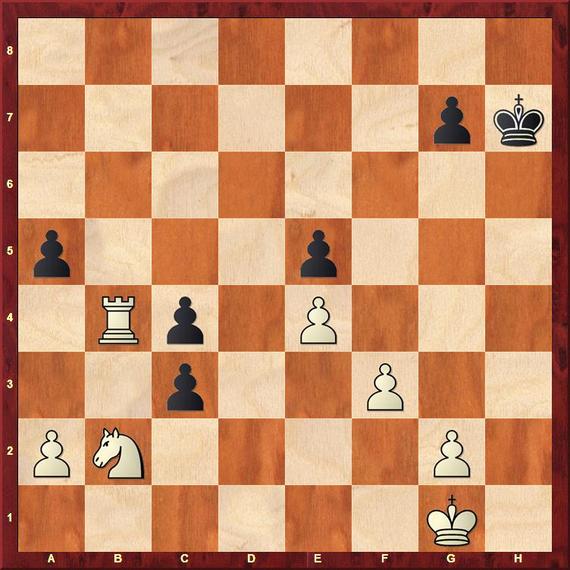 The beautiful point of the combination. The rook is overworked, for example 5.Rb8 c2 wins; or 5.Rxc4 cxb2 and the b-pawn promotes.
White resigned.

We will probably never know who played or composed this combination and in what year. It remains one of the eternal chess puzzles. Could Karlin's story be the first published article about the famous combination, Kalendovsky wonders.

The Ortueta-Sanz game also ends with the same idea. The decisive move a7-a5 comes at the end. Caruana played it at the beginning of his combination. It is always encouraging to see young players being inspired by the past.

At the 1978 Buenos Aires Olympiad China played for the first time and Liu Wenzhe created the Chinese Immortal Game, defeating the Dutch grandmaster Jan Hein Donner in mere 20 moves with a splendid queen sacrifice. But that performance is hardly comparable to an astonishing game played by the 16-year-old Chinese rising star Wei Yi at the tournament in Danzhou. 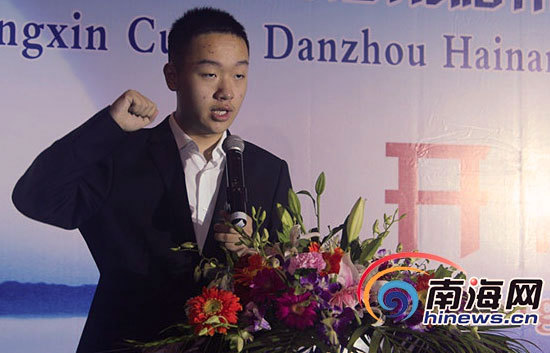 I had a feeling of deja vu: the knight leaps to the center of the board, a rook is sacrificed, the black king is chased and a quiet move seals the victory. Have I seen it before?

I realized that I played a mild version of Wei's game at the age of 15 in the semifinal of the Czechoslovakian championship in 1958. 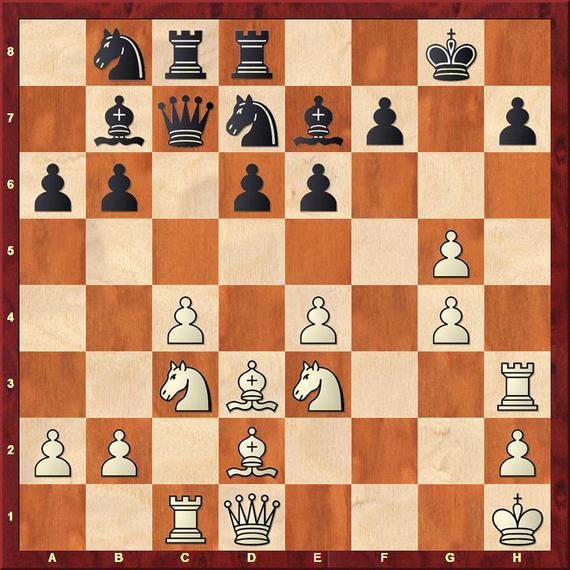 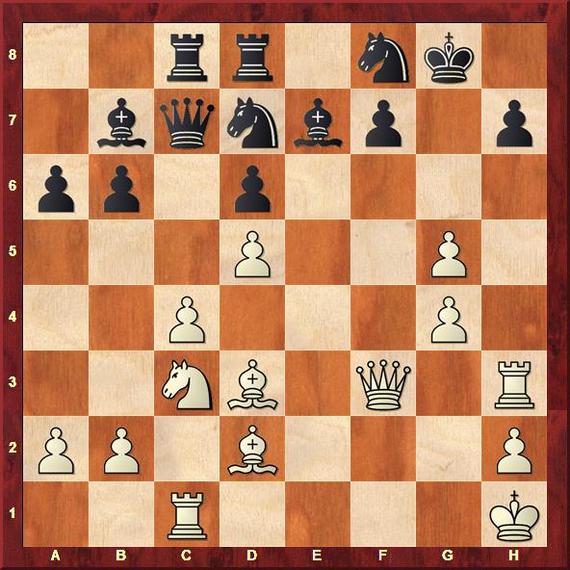 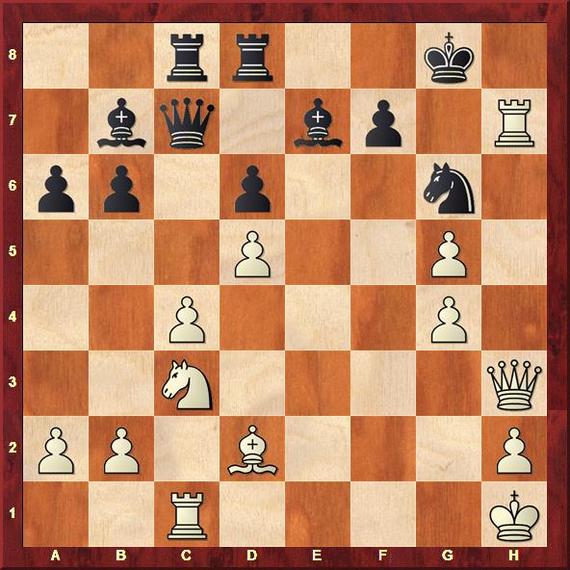 Wei's king's hunt is much longer and more difficult to calculate. 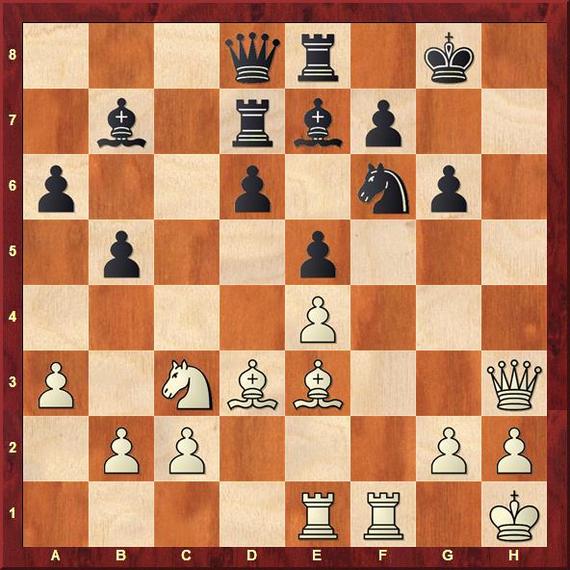 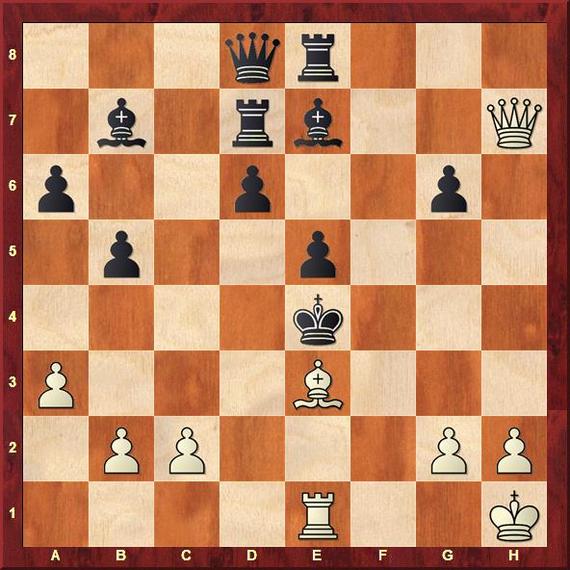 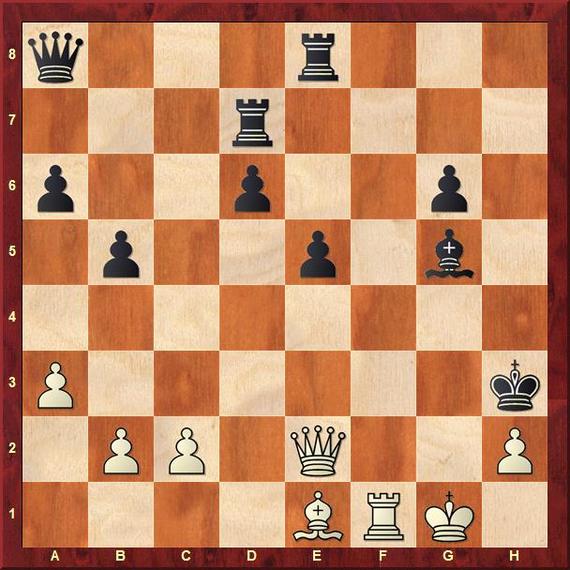 The skeptics may argue Wei overlooked a mate in nine moves as suggested by many computers, but even they would have to admit that the Chinese wizard worked out the king's hunt brilliantly. Even Garry Kasparov overlooked a more efficient and sparkling finish in the most spectacular game of his career against Veselin Topalov in Wijk aan Zee in 1999. But with a slight detour of his king's hunt, Garry added an extra dimension to the game and enriched the chess world with an unusual masterpiece.