In 1958, Andy Summers took a bus across his seaside hometown of Bournemouth, England, grasping a guitar without a case. He was heading off to play with a dance band in a local hotel, and several people on the bus asked him how he was getting along with his banjo.

Only two years earlier, his uncle Jim had given him a broken guitar with a missing string, and ignited a spark. Piano lessons were forgotten. A man named Cloudy donated the missing string. Jazz influences turned round on his vinyl record player and in his mind. And Andy Summers tasted the power of sound from which there was no turning back. 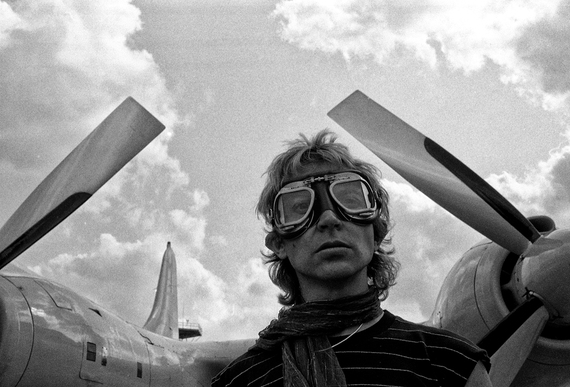 The artist must find his instrument, to express that which is inside of him. Yet long before the instrument, there is the drive inside. The instrument is the tool of transformation from an internal emotion to the external symbolic expression of that emotion, which we experience as art. And art, in turn, elicits emotion. There is an alchemical process at the root of all art, an emotion fueling creation.

In the days of his newfound obsession with music, there was also something larger happening inside Andy Summers: the seeds of an awareness were growing in his psyche, the awareness of the power of art. He spent his time between hotel gigs, going to the Continental Theater to see the latest black and white films of Frederico Fellini, Francois Truffaut, Jean-Pierre Melville and the French New Wave cinema. Sitting in the dark, in the flickering projection, the images embedded deeply in Andy Summers, and the power of art took hold. 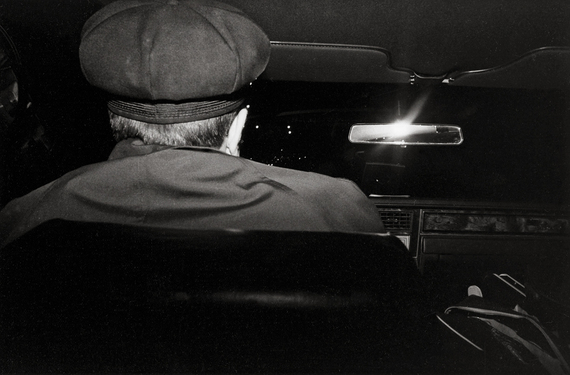 Fast forward. The rise of The Police. Andy Summers found himself surrounded by photographers, the center of the world's attention; subject and object of the camera, he became the living element in an evolving story being told.

Summers turned his eye back on that which was watching him. The artist in him took the experience of all that this big life entailed and filtered it into a new creation. He lived it, processed it and returned it into the world through artistic interpretation. 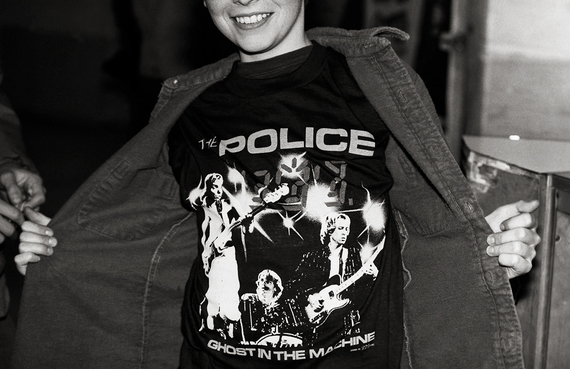 With a Nikon FE in hand, Andy Summers returned to those early day influences, inspired by French cinema and black and white films. Through photography, he began to witness the witnessing, as a mirror reflection. It was a way to own himself again, to explore that which others were seeing, explore the myth from the inside, and he captured himself and the band in a way the other cameras never could. 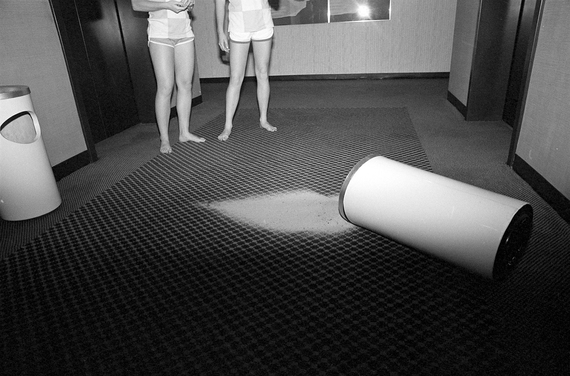 His early sensibility connected with Man Ray and the Surrealists, and also Diane Arbus, William Klein, Lee Friedlander and Ralph Gibson. Inspired by their images he developed a vocabulary, developing an ability and strength while moving into his own practice.

He began to improvise with his camera, much like improvising on his guitar. It was a power and a muscle he had already developed through music. He had his tool in his hand, now the camera, and went out to see if he could make something with it. He would get in the zone, not thinking, but playing, reacting to his environment, like reacting to and improvising with the players in the band. A lifetime of the experience went into finding the raw in situations. 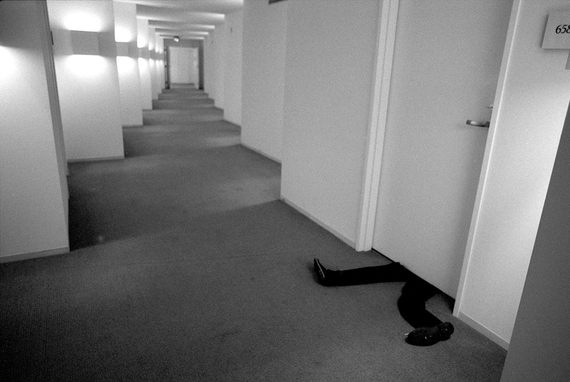 Parody and commentary of life on the road infused many of his images. He reflected playfulness and humor, and also alienation and disjointedness through the surreal. The images go far beyond the documentary capture of the experience of life on the road, also capturing the existential state of the band and the role of the musician as a traveling performer. 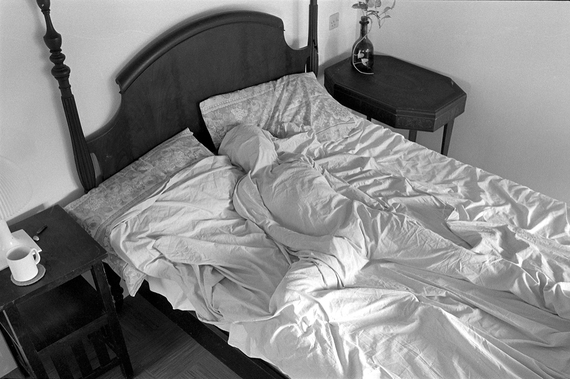 Andy Summers shot the fans, he shot the stadiums, the drivers, the hotel rooms, the groupies, the waiters, the band, and he shot himself. He experimented with different kinds of film, lenses, angles and composition. He began to feel a connection to photography, much like he felt about music. He went out at night after night, after a concert, roaming the streets with his camera. He went hunting for photographs in the night time streets of LA, Tokyo, London, Bali, Nepal, Maucau, or wherever the tour took the band.

He took pictures, like running scales on the guitar. He engaged the mind and the eye, pressing the button, sometimes on insignificant images, just to start somewhere. From his practice in music, he wasn't afraid of it. Andy Summers feels that as an artist you can't feel that fear, you can't freeze, you have to stay fluid. As Andy puts it, just go "do some shit." 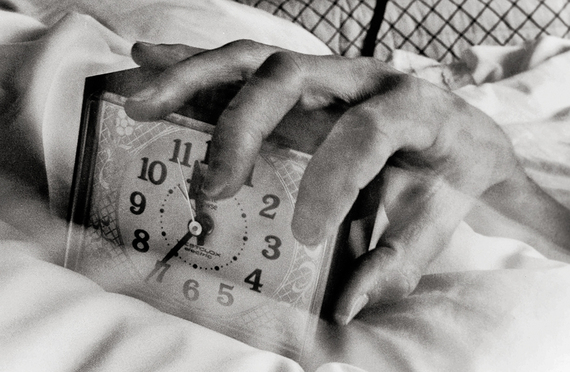 Andy Summers plays every day, warming up the hands to practice, to keep it up. There's a necessary physicality to maintaining the hands in fine condition, which applies to the creative mind. He always kept a recording device at hand, to capture an idea, a great lick, a little phrase, to record it and store it digitally to go back to later. Similarly he kept a book into which wrote ideas for photographic shots -- "hand with hammer, gun at head, body in corridor, shark on foot" -- images that he planned to take while on the road. Like running scales, he trained his eye to see the moment, and to bring images into creation out of imagining. 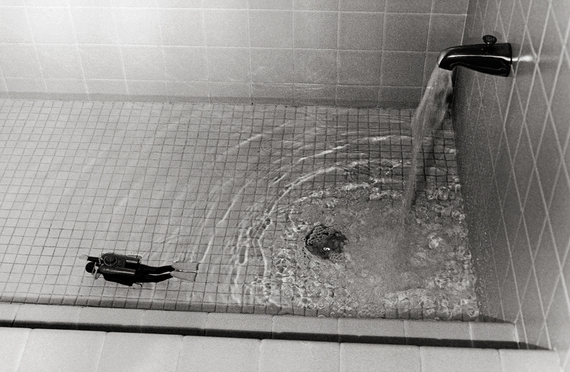 There is something about the anonymity of the hotel room, the sterility and uniformity, devoid of the ordinary imperfection of a home, which is both relief and oppression. Within that concept of uniformity, the element that breaks the order becomes the message. A scuba diver in the tub is a lone hero on a daring quest. A shark attack disturbs the false sense of security of the plush polyester shag roll of the wall-to-wall carpeting in the hotel suite. 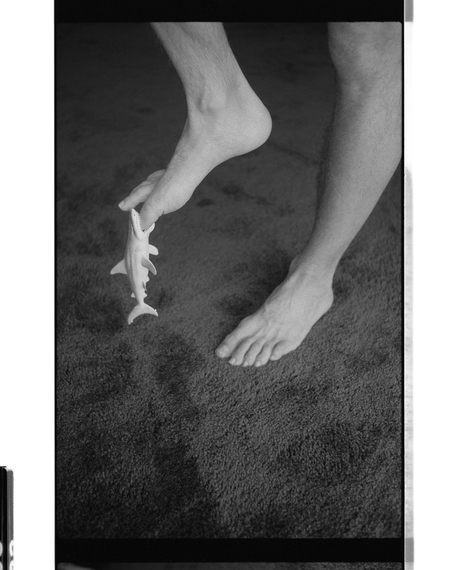 The hotel is anonymous, replaceable comfort. Temporary. Transitory. The order must be broken. Perhaps it is the perfection of the hotel room that draws an unconscious desire to disturb the artificial order. And it's nearly a tradition in rock and roll. 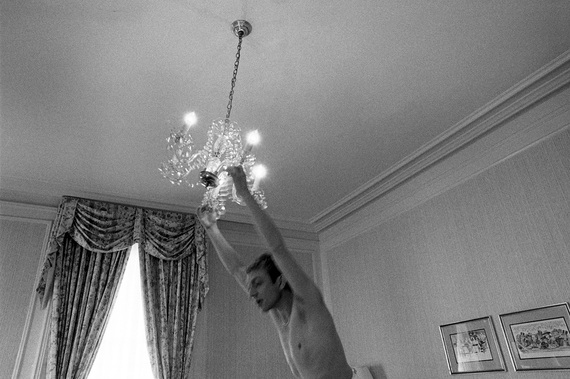 With music there is a smooth dialog. Inspiration comes from the gifted playing of the other players. It's different with photography. "It's you and the world at large. Reacting to it. Looking for it. If I go out on the street, I'm looking, I'm hunting. Seeing what comes up. It could be a shape. A movement," Andy Summers told me when we met to talk about his photography.

He told me he went from the Nikon to using the Leica M6, in part for its compact size and stealthy appearance. Shooting candid shots in Africa or China required having the ability to get close, and taking a lot of chances. Andy Summers has always been fascinated by other musical formats and performers. One of this favorite photographic subjects was a Naxi Orchestra, which plays an ancient Chinese musical form that dates back to before the Mongolian conquest. The musicians in the orchestra were mostly in their 80s and 90s, and they welcomed his camera. 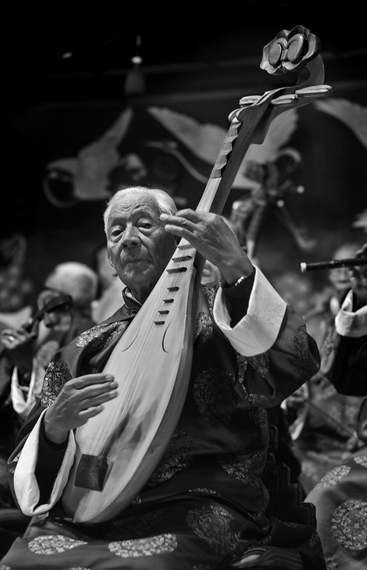 "There's a reacting to the audience on stage, an exchange of energy. The audience gives energy back to the band, and it makes you play better. You go for it. With photography in a sense the scene is passive. You might see a striking corner on a building. And you react to it. Then you pull your own energy out," says Andy Summers.

At the end of concerts with The Police, Andy Summers took a bow with his Leica in hand, and snapped several shots walking off stage. Seeing the camera, fans would go even more wild.

"It was like being subject and object. On stage and off. The fishbowl experience. Fans are screaming at you. And they get excited if you take their picture. For a photographer it's a privilege to capture those shots. Excited people don't get offended."

One day on tour in Arizona, in 1979, The Police were playing a club venue in Phoenix. The band had run a few songs and completed their sound check. There were hours to kill before the show. This was the time when Andy usually went hunting.

As they heading back to the dressing room, Andy Summers found a leg lying in a hallway; a random leg. Andy picked it up and took it with him to the dressing room and looked at the leg, thinking about what he could shoot with it. He spent hours before the show taking pictures with the leg, in every possible scenario. One might think that with a performance ahead, he would want to rest. It is extraordinary, and the mark of a true artist, that he would use all of his available time to create more art. 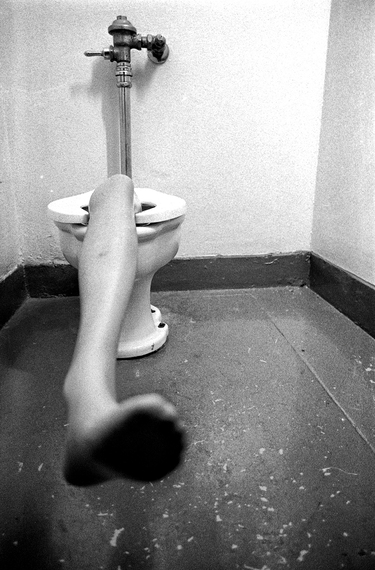 Art is inside the artist and finds its expression through the instrument. The guitar. The camera. For Andy Summers they were the instruments without words. The artist brings out what is inside to give others the chance to reflect and re-experience what they already know, only now they know it in a new way. 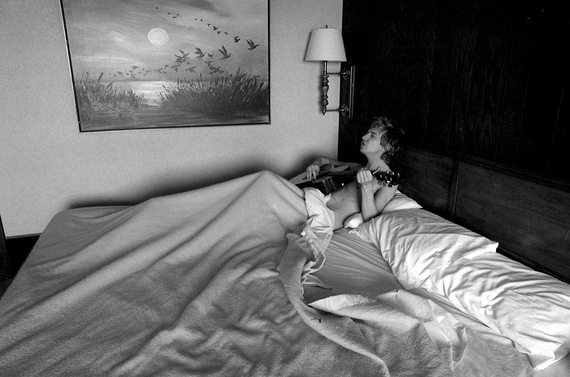 Andy Summers still tours and travels the world, now with his Leica Monochrome and his guitar. He has published several books of photography: I'll Be Watching You: Inside the Police, Desirer Walks the Streets, and Throb. A documentary film based on his autobiography, One Train Later, is being released this summer by Cinema Libre. The film is titled Can't Stand Losing You. His photographic works have been shown in galleries around the world. Most recently he exhibited his show Del Mondo at the Leica Gallery in Los Angeles.

Besides continuing his photographic practice, Andy Summers also has a new band, Circa Zero, with collaborator Rob Giles. A CD is being released March 25th on 429 Records, with a tour to follow.

The artistic impulse is ongoing in Andy Summers, and we have much to look forward to, following this artist's drive to create, to express, with his many instruments. 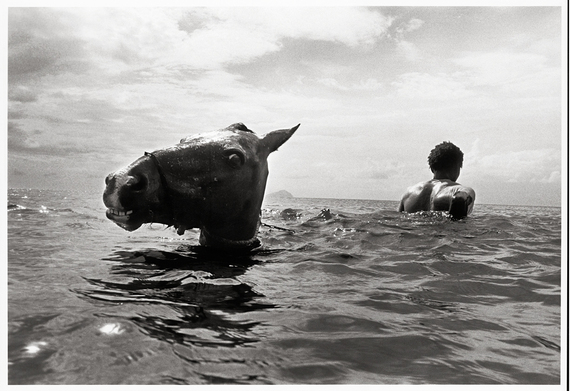 All images are courtesy of Andy Summers.