In the classic American short story "The Lottery," readers recoil with horror that a society would accept an annual ritual in which one of their members must be stoned. We sympathize with the victim as she pleads, "It isn't fair, it isn't right."

Yet isn't that what we do in America every day? Last week, we reacted in horror over the 295th mass shooting and 45th school shooting this year at Oregon's Umpqua Community College. If that is all we do and do not do anything about it, aren't we living "The Lottery"? Are we not saying to whomever is randomly chosen by the next gun wielding maniac and cries "this isn't fair, this isn't right"; "sorry, but that's just how things are" (or as Jeb Bush so eloquently stated, "stuff happens")?

"Stuff" does not just happen. The pro-death lobby wants us to believe that these events are inevitable and cannot be stopped, but they do not occur in other countries with any frequency (if at all). The pro-death lobby also claims that additional gun laws will not solve the problem, but the evidence is that stricter gun laws actually reduce gun deaths. This includes:

Researchers found that states that combined background checks with permitting and gun registration were four times less likely to have a gun used in the commission of a crime than other states. (Note 1)

More significantly, half of the mass shootings in the U.S. involve high capacity magazines which results in 57 percent more deaths. In Australia, after a gunman used a semiautomatic rifle and a semiautomatic assault weapon to kill 35 people in Port Arthur in 1996, the country banned the weapons and implemented a buy-back program and have not had a mass shooting since that time. (Note 2) 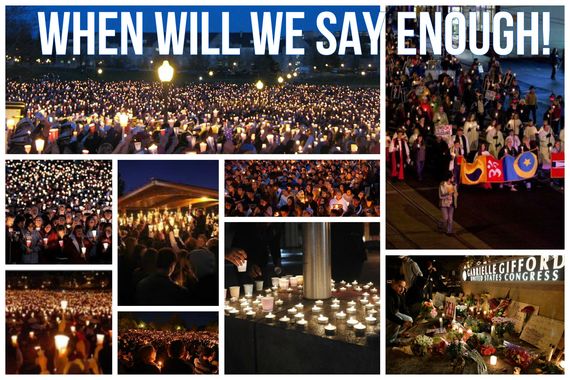 We need these measures enacted at the federal level, because what good is a state restriction if neighboring states do not follow suit. Nonetheless, even had these measures been in place a number of these horrific shootings likely would still have occurred. Yet, both individually and collectively, the record indicates that these measures will ensure that there are fewer incidents, with fewer people being killed and less gun deaths overall.

While the pro-death lobby likes to quibble over what constitutes a school shooting or argues that gun violence was even worse a generation ago, it does not change the documented fact that these measures will save lives.

You may say that there is no way this Republican-dominated Congress is going to enact a single one of these measures, but this may be true until they begin feeling heat for their opposition. Even in this post-Citizens United age, Congress has reversed itself in the face of mass outrage.

In 2012, approximately 115,000 websites participated in the "internet blackout" in protest against the sweeping provisions of the "Stop Online Piracy Act" (SOPA) and its Senate counterpart the "PROTECT IP Act" (PIPA) that triggered 10 million voters to contact Congress to voice their opposition. The next day, 95 Members of Congress, including 11 of the original Senate sponsors, either withdrew their support or joined the opposition to the legislation.

I fully expect that the Republicans in Congress will block any gun legislation from passing, but if one Senator or long-serving House member loses their seat next November because of this, enough Members may think twice about blocking the legislation in the next Congress that something might actually get done. 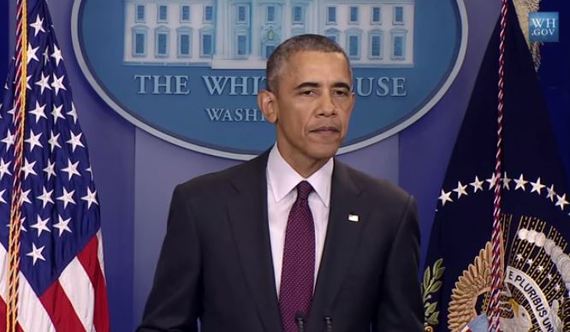 This is a political choice that we make to allow this to happen every few months in America. We collectively are answerable to those families who lose their loved ones because of our inaction.

As the news cycle for this tragedy eventually wanes, it is up to those of us fortunate enough to have been spared by this tragic lottery to take responsibility. It is not enough to say to ourselves, "It isn't fair, it isn't right," for change will only happen if we each own this issue.

I'm using this link to call my Senators and Congressman to tell them the time is now to enact responsible gun legislation and I am going to keep calling until they do. What are you going to do?