The new digital media has come close to replacing the more traditional news outlets. Indeed, according to several studies, half of all Americans receive some form of local news via a mobile device, and 46 percent of them get their news online at least three times a week. The concerns about fairness and accountability with new and old media has been a growing issue for some time. 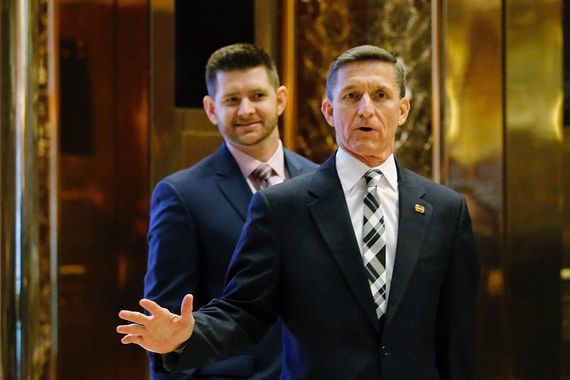 Now we have discovered "fake news"and finally talking about what we can or should do to assure readers, listeners and viewers that some mechanisms are in place to give them some confidence in their media and their news.

In a bizarre event reported the New York Times, "a 28-year-old father of two from Salisbury, N.C., recently read online that Comet Ping Pong, a pizza restaurant in northwest Washington, was harboring young children as sex slaves as part of a child-abuse ring led by Hillary Clinton ... (and) Twitter, Facebook and Instagram have been flooded with more attacks against the pizzeria as believers in the child-trafficking conspiracy became more zealous."

VOX Media, an online web site covering the media, claimed that "Over the course of 2016, Facebook users learned that the pope endorsed Donald Trump (he didn't), that a Democratic operative was murdered after agreeing to testify against Hillary Clinton (it never happened), that Bill Clinton raped a 13-year-old girl (a total fabrication), and many other totally bogus "news" stories. Stories like this thrive on Facebook because Facebook's algorithm prioritizes "engagement" -- and a reliable way to get readers to engage is by making up outrageous nonsense about politicians they don't like."

In 1949 the Federal Communications Commission's (FCC) felt that "public issues (should) be presented by broadcasters and that each side of those issues be given fair coverage."

They said that it was "the right of the public to receive suitable access to social, political, esthetic, moral, and other ideas and experiences which is crucial here."

It called for a Fairness Doctrine.

The U.S. Supreme Court upheld the Fairness Doctrine and in doing so also found that broadcasters used "frequency spectrum," airwaves that belonged to the public. With that authority, other regulations protecting children, prohibiting cigarette advertising and obscenity and similar rules followed.

Over time the FCC eliminated the Fairness Doctrine on the grounds that it wasn't "serving the public interest and that because of the scarcity of media, which was a concern to regulators at one time, had largely disappeared.

Now of course we have an abundance of media or outlets, and "scarcity" no longer exists.

It's true that the last two decades have seen a virtual media explosion with the advent of satellites to carry programming everywhere in the world and to networks like HBO, CNN or TNT, fiber optics and 500 channel universes, VCR's then CD's and now, the Internet and an infinite variety of web sites. Scarcity is gone and there is little basis for any regulation of either radio or TV, is there?

When you add in the 1st Amendment argument that assures freedom of expression and almost anything goes for all media.

Maybe broadcasters should be allowed to operate without such regulations but a bigger question still festers. Where do we draw the line? Does freedom of expression really override all responsibility?

I am not sure what the solutions are but this is nonsense and we simply have to find a better way.

Earlier, the writer was Legal Assistant to the Chairman, and Attorney Advisor to the General Counsel of the FCC.