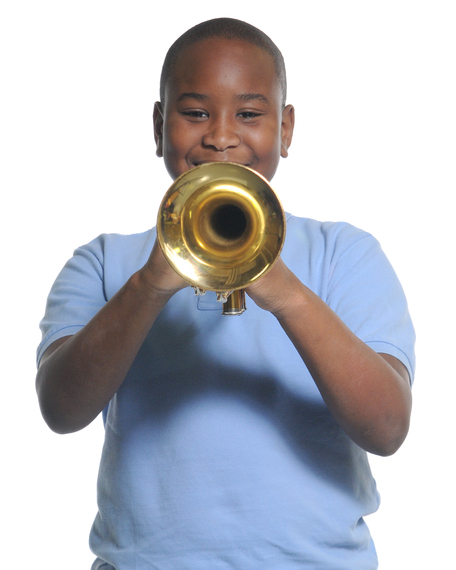 March is Music in Our Schools Month, and the need for music education in schools couldn't be greater. Many people assume music is taught in all schools. They would be wrong. For many people, when they were in school, music classes were a consistent part of the curriculum. But over the last decades, schools have cut music programs under budget pressures.

The NYC Department of Education just released the 2013-14 Arts in Schools Report. Fifty-nine percent of New York City schools do not have a full-time certified music teacher, and only 36 percent of 6th-8th graders reported participating in music, according to the report.

Numerous other research and data have confirmed the positive impact of music education in schools:

Young children who take music lessons show different brain development and improved memory over the course of a year, compared to children who do not receive musical training? (Source: National Association for Music Education)

According to Americans for the Arts, students with an education rich in the arts have better grade point averages, score better on standardized tests in reading and math, and have lower dropout rates -- findings that cut across all socio-economic categories.

In 2010, students who took four years of arts and music classes in high school scored 102 points higher on their SATs.

This month, Education Through Music hopes everyone who has been positively impacted by having music education in their life, will be an advocate to bring quality music education to all children.