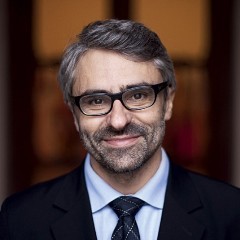 It's a watershed moment for international tax policy. The debate over tax evasion by the wealthy and tax avoidance by multinational corporations has never before grabbed so many headlines or caused so much anger. To regain the confidence and trust of our citizens, there is a pressing need for action. To this end, the OECD's work on tax base erosion and profit shifting (BEPS) and automatic exchange of information -- with strong political support from the G20 -- will pave the way for rehabilitating the global tax system.

With understandable fury over tax avoidance by some, finger-pointing and oversimplification can easily happen, shedding more heat than light. Naturally, the business community feels like it's in the cross-hairs. They worry about the impact of new rules, unconstructive tax transparency debates and what the changes will mean for their shareholders, and for their tax obligations.

But the point of crafting new international tax rules is not to punish the business community. It is to even the playing field and ensure predictability and fairness. The OECD's role is to help countries foster economic growth by creating such a predictable environment in which businesses can operate. Today, we see that the rules have not kept up with the realities of doing business in our globalized world. The gaps between domestic tax systems, combined with economic incentives and legal accounting practices have all given rise to the phenomenon of double non-taxation, allowing some multinationals to pay little, or no corporate tax at all.

This has created a chain of interlinked problems which have a detrimental effect on all stakeholders. First, it harms the man on the street: when tax rules allow businesses to shift their income away from where it was produced, it erodes that country's tax base and shifts the burden onto individual taxpayers. Second, it harms governments: when multinationals are not perceived as paying their 'fair share', it undermines the integrity of the entire tax system in the eyes of the public. Additionally, in some countries the resulting lack of tax revenue leads to reduced public investment that could promote growth. Third, it harms other businesses. Domestic firms face the economic burden of higher taxes, while the multinational next door can reduce its taxes by shifting its profits to a low tax jurisdiction. These distortions make it harder for small and family-owned businesses to compete fairly.

That's why the OECD and G20 economies like Brazil, China and India are working together to address BEPS, providing consistency for both business and tax sovereignties. G20 leaders meeting in St. Petersburg endorsed the OECD's Action Plan to address the gaps in the international tax system through BEPS.

G20 leaders also stepped up the fight against offshore tax evasion by establishing automatic exchange of information as the new global standard of tax cooperation. The implementation of this new standard will make it easier for tax authorities to detect undeclared income hidden in foreign accounts or through foreign entities and investments. Foreign bank accounts and other foreign assets will no longer be secret because countries will share this information with each other on a regular basis. The OECD is working with G20 countries to provide the technical standards to make automatic exchange a reality and this includes ensuring the confidentiality of information exchanged.

Taxation remains at the core of countries' sovereignty. But without international, consensus-driven action we risk countries taking unilateral action to protect their tax bases which could easily lead to tax chaos for the global business community. That is why the OECD -- a unique forum for international cooperation and dialogue -- is working with countries around the world to bring the international tax rules into the 21st century.

The time is ripe for the business community and governments to work together to achieve a fairer, more effective and more efficient international tax system that provides a 'win' for everyone.

Pascal Saint-Amans is Director of the Center for Tax Policy and Administration at the OECD.

This blog was originally published on September 17, 2013.

Read more by OECD on Inequality >>