Fernando Jiménez-Ontiveros joined the Multilateral Investment Fund (MIF) in 1999. He became deputy manager for operations in 2009 and has been acting as general manager since January 2015. Before the MIF, Jiménez-Ontiveros worked for the Spanish civil service as an economist.

Two pioneering remittances projects from Mexico were honored last month at the Global Forum on Remittances and Development in Milan, Italy. The Mexican Association of Credit Unions in the Social Sector (AMUCSS) and the Center for Monetary Studies of Latin America (CEMLA) received recognition for their work to expand the access of rural Mexicans to remittance payments, and to provide technical assistance to governments to increase the safety and efficiency of remittance markets, respectively.

The forum in Italy highlighted the experiences of countries throughout the world where millions of migrant workers live and where exponentially more families benefit from the remittances they send home. For example, a new report from the International Fund for Agricultural Development released at the event shows that 150 million people worldwide benefitted from $109.4 billion in remittances sent from Europe last year. In Latin America and the Caribbean, the volume of remittance transfers to the region reached their highest recorded volume ($65.4 billion) in 2014, after plateauing during the global financial crisis, according to a recent report on remittances by the Multilateral Investment Fund of the Inter-American Development Bank Group. The Third International Conference on Financing for Development, which opens today in Addis Ababa, Ethiopia, will highlight the role of remittances as a tool for economic development.

More specifically, remittances are a strong driver of financial inclusion in both sending and receiving countries. They can encourage and accelerate the adoption of new technologies, and offer opportunities to promote accumulation of savings on both the sending and the receiving ends. We know the "what": bring costs down for migrants and their families, and improve opportunities for financial inclusion. But do we know the "how?" Projects like the two that were honored in Milan are helping us create roadmaps to promote savings among remittance recipients through effective product design and favorable regulatory environments, and are testing out new distribution channels to bring the ability to transact closer to the end user. 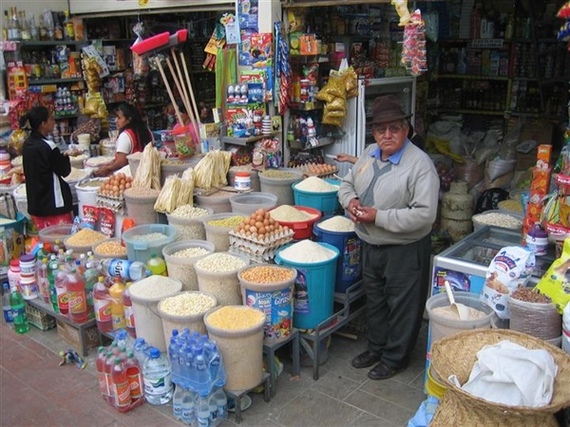 One example is the case of award winner AMUCSS in rural Mexico. The association created the remittance distribution network Envíos Confianza, which connected a network of rural microfinance institutions to a single remittance payment platform, to bring remittance payments closer to marginalized families in rural areas, thereby making it easier and cheaper for them to gain access to their funds. Whereas each small microfinance institution may not have the capacity to negotiate and manage operations for one-on-one contracts with international remittance companies, the Envíos Confianza platform both creates economies of scale, and makes it easier for the small institutions to pay out remittances.

Of course, innovations like these need a favorable regulatory environment that prioritizes the financial inclusion of remittance recipients. CEMLA, the second organization honored at the forum in Italy, has made great progress in this area by providing technical assistance to governments in Latin America and the Caribbean. CEMLA's work has included developing regulations to strengthen the supervision of money transfer companies in Honduras, and fashioning a regulation on correspondent banking in the Dominican Republic that allows small shops and other retail outlets to act as agents for banks. Additionally, CEMLA has provided training to public institutions to allow them to provide reliable market information--for example, helping central banks to collect and disseminate data on remittance flows--which helps the private sector understand market dynamics and thereby informs its investment and operational decision making.

Working together, we continue to figure out the "how" in order to bring more remittance clients into the formal financial system. In the end, this will stimulate community development and poverty reduction in migrant-sending countries, creating other opportunities for personal and professional development that don't require their residents to leave home.