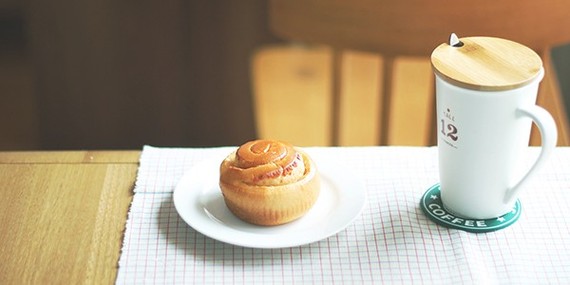 The most common complaint I ever hear from people traveling is that they miss the comforts of home. I have solved this problem for you because I am just as lazy at home as when I'm traveling.

Everyone thinks traveling is this amazing, glamorous thing--okay, sometimes it can be--but even the best planned round-the-world trip starts to grate after awhile. Forget it if you're on a three-week business trip, that's not even fun at all, unless you get off on conferences and things like that. At some point, it's time to curl up in your own bed. But gotcha! You can't. Not for a bit longer.

So what do I do? I like to bring home to me.

Nothing says home to me like my bed and Netflix. The problem with Netflix, however, is that these video-on-demand services
have geographical limitations
. For instance, outside of the regional versions of Netflix in Scandinavia, New Zealand and South America, it's not possible to get your dose of
Reign
or
Breaking Bad
elsewhere. Be forewarned that these regional versions may not also have the same selection you're used to.

The solution for this, in most cases, calls for a VPN. By connecting to a server within the States, this basically makes it look like you're connecting from within the country even if you're not, through the use of a third-party. This runs the gamut from Hulu Plus to HBO Go.

If you're feeling particularly creative, remember that a VPN can help you connect to other blocked services -- for instance, want to watch some BBC? Catch some Australian programming? I once even connected to a Toronto server just because I felt like CBC (the Canadian Broadcasting Company) had better Olympics coverage.

In some countries, a VPN might even just be a requisite for the basic Internet joys that people so often take for granted. In China and Vietnam, countries where sites like Facebook and Twitter are blocked under government censorship, a VPN is a must for bypassing that. The nice thing is that once you've got it all set up, it's possible to watch to your heart's content.

Personally, one of my favorite options is WiTopia while I've also heard good things about Astrill. (You'll still need a video subscription to watch but I'm not here to help you with that.)

So the stereotype is that travelers--well, most adventure travelers, at least--are pretty fit. There's something to be said after the bike tours, walking around for eight hours a day or hiking that canyon in the wee hours to catch the sunrise. (Most of the time it's worth it.) I've noticed a somewhat disturbing trend that the best way to prep for an intense adventure is to train for a marathon at home. Nothing wrong with that.

But I'm lazier than most. If you like to work out a sweat while you're on the road, just to give the heart an extra injection of healthiness, there are many exercises out there that require no or very little equipment. The best part is that some of these techniques only need a resistance band or jump rope.

Now if I could just solve the laziness problem.

It's hard to eat well on the road, especially if you're hanging out in hotels where a kitchen isn't always readily accessible. While there's nothing I can do about keeping the grapes fresh while staying in the Four Seasons--maybe you can leave them with the staff for safekeeping?--that's the primary reason why I like to stay in vacation rentals or hostels. Kitchenettes prioritize high on the list of amenities when I travel.

Sometimes its just easier to get in the survival mindset and pretend you're glamping it up for the road. I hate to say it but I now get a bigger thrill hanging out at REI or at an outdoor camping store than I do at a Nordstrom's now because of all the nifty gear that is available. Food containers that retain heat well are best for making sure edibles are ready to eat; I've even been known to keep a travel spork around just in case. (Yes.)

If you're a bit of the gourmand, one of my favorite pieces of gear is the Mobile Foodie Survival Kit which enables travelers to bring different spices with them wherever they go. It's almost the perfect vacation rental accoutrement aside from the actual house itself. Besides, there's nothing wrong with throwing together piping hot soups while relaxing about in Tahoe after a long ski out. I'm certainly not complaining.

In lieu of a kitchen, the second best thing you can do is hit the local grocery store in search of travel-friendly snacks that keep well. It's certainly not a coincidence that nuts were such a staple in the airline industry for so long.

The mindset people tend to have while traveling is that they need to advantage of everything they possibly can, stat. For starters, it's stupid. Cramming everything is not fun after a while. It's just exhausting. Second, after traveling for a while, you realize slowing down only increases the enjoyment of the activities you do partake in.

I don't enjoy travel hangovers. It's been proven that people lose more sleep than they think they actually do while they're on the road. There have been many nights where I turned in at 9 or 10 p.m. for the next day. Hilariously, I remember one night when my ex-boyfriend and I got ready for bed at 8 p.m. The ridiculous part was that we could look outside our hotel to see literally hundreds of people loudly drinking and eating just out our window. But we didn't care for the merriment.

There's nothing wrong with going to bed early or giving yourself a day at home (hotel, in this case) just to hang out on the Internet sometimes. I promise I won't tell.