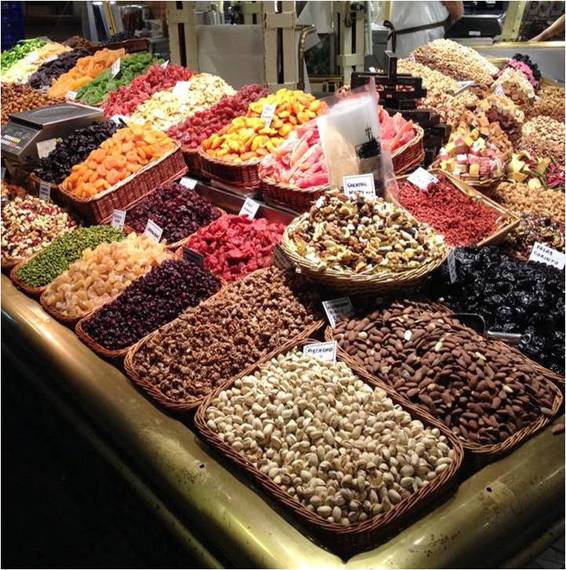 Can market forces shift the model from premiums
for (sustainable goods) to lowering upfront costs?

It's no secret that people are generous. They give their time, talent and treasure to support a wide range of philanthropic efforts. But in many cases NGOs are not achieving the speed and scale necessary to address the key issues of our time. Just like in business, pilots are often created but private and public sector organizations often struggle to go beyond the pilot stage.

Today some NGOs are asking if they can create a new model, based on the success of venture capital, which drives innovations to scale? And what would that look like?

Accountability for outcomes and not outputs.
Some businesses and NGOs set goals, define strategies and tactics and measure their success against those implementation targets rather than the desired results or outcomes. But venture capitalists focus on "the freedom to succeed." They define and agree on desired results but allow some flexibility on strategy and how those goals are to be achieved.

By setting milestones for outcomes, they shift thinking from the processes, practices or tools to whether or not achieving the desired results is happening at scale.

Earlier this year World Wildlife Fund (WWF) launched a new effort, the Markets Institute. This is a new platform that convenes stakeholders from across the food sector to explore market-based, results-oriented strategies to "optimize global food sector sustainability." This 'freedom to succeed,' informs the model of the Institute.

Sounding like an entrepreneur, Jason Clay, Ph.D, Executive Director, of WWF's Markets Institute explains; "you should pursue multiple strategies in the first year; then double-down on what works, abandon what doesn't, and come up with new ideas."

As an example he talks about the issue of deforestation which, despite decades of awareness, activism and efforts remains an ongoing problem around the world. Clay looks at it from a Venture Capital (VC) perspective. As the originator of 'rainforest marketing' in the late 1980s, he wanted to prove that the value of forests when generating income from the sale of Brazil nuts and other forest products was higher than from the same land converted to pasture. In fact, as a source of Brazil nuts, an acre of forest generates six times more income than an acre of pasture.

According to Clay, this effort which would have been considered a success because it generated more income and preserved forests actually "failed because it didn't transform the larger paradigm of converting forests to pasture which still dominates thinking 25 years later."

Conditions on operating capital.
The entrepreneurial approach also focuses on aligning investment strategies with policies. In this case putting conditions on capital - such as signing a long term contract that is contingent on elimination of deforestation, using inputs more efficiently or even replanting entire plantations as a condition of market access.

An example of this is meeting the world's demand for chocolate. As demand increases producers are facing a dilemma; it takes several years before a cocoa plant begins to produce. But meeting the income needs of a family today requires farmers to maintain their existing plants (even as they become less productive as they age).

WWF has proposed that global brands commit to long term contracts for more sustainable cocoa. This allows producers to engage in longer-range planning and to amortize the cost of replanting over 7-10 years while paying producers a salary for the first three years while trees are too young to produce.

Today, some banks are starting to put environmental, social and governance criteria on their loans. And they are also looking for those 'strategic intervention points' where the actions of one person - or one company - saying/doing something causes a cascade, such as the cocoa traders offering a single place or way to reach a larger group of producers. If one identifies those places in the value chain, it offers a greater potential for change rather than individual entities.

Using the market to transform market forces, shifts the sustainability model from permanent premiums for increased costs of certification and verification to lowering upfront costs for market access by absorbing them or amortizing them over longer periods of time.

The financial model also demonstrates how things can work differently. A recent issue of slave labor in the Thai shrimp business offers an example. Traditionally companies that saw that as a reputational risk would sever their supplier relationships. But that would not help to end the practice, it would simply remove it from their supply chain.

Both buyers and banks reached out to WWF to ask if they should walk away from the problem or help try to fix it. WWF suggested that they put pressure on the producers, as a condition of continued access to preferred markets or capital, to end the practice. Brands gave producers 60 days to show that they had developed strategies and begun to eliminate the practice or they would lose their access to lucrative markets. The result was pressure to eliminate the practice in order to keep the business relationships.

As with any entrepreneurial approach, we must accept that some clever ideas don't work or are ahead of their time. And when good ideas cannot go to scale, they're not really good ideas. But in the end, if we focus on the outcomes we want rather than the process that we think could achieve them, we can use the power of venture capital and entrepreneurial innovation to improve the scalability of not-for-(financial) profit efforts.