In a Facebook post Monday, Palin said friends and family of Meyer and her daughter would still gather in Kentucky, where the wedding was to be held, to "celebrate life, in general!"

"Family members and close friends know they are welcome to share a great bar-b-que on the farm that day," Palin wrote. "All involved, especially Dakota, Bristol and Tripp, and their parents and grandparents, thank supporters for the love they've expressed." 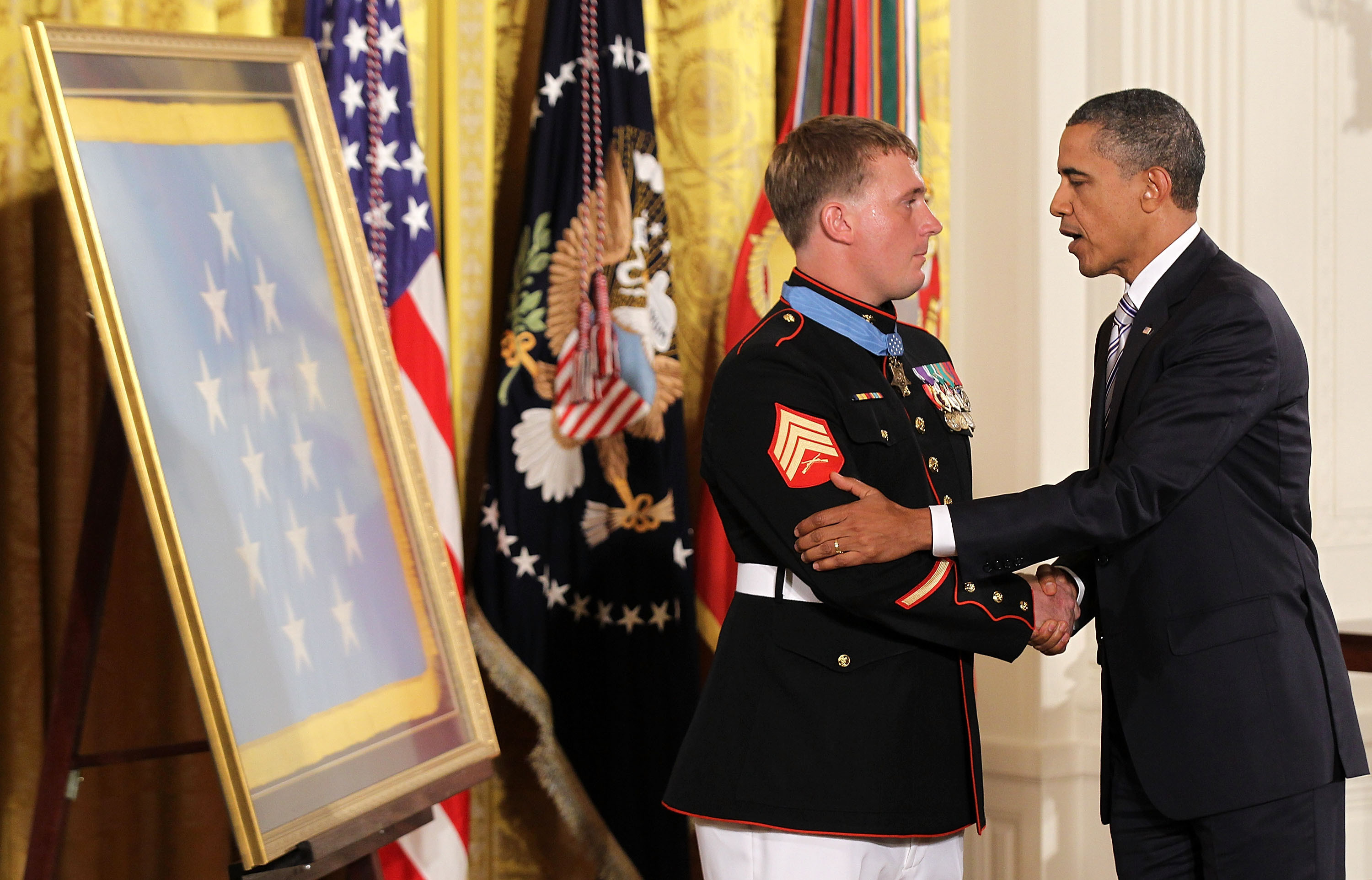 Palin also included a statement from her daughter regarding reports that Meyer had been previously married.

"Dakota was legally divorced years ago, as any good reporter could and should have disclosed to readers," Bristol Palin's statement said. "As usual, false stories and dramatically written headlines begging controversy should be disregarded, and we have faith that our privacy will be respected at this time by those with decency."

Palin and Meyer announced their engagement in March 2015.

Bristol and Dakota couldn’t be more thankful for the love and support of family and friends over the past months while...

Bristol Palin And Dakota Meyer's Wedding 'Will Not Be Held,' Sarah Palin Says
Bristol Palin Through The Years