UPDATE: Sarah and Todd Palin said in a statement on NBC's "Today" show Tuesday that they want what's best for their children and that Bristol believes in "redemption and forgiveness." And it seems Bristol blames her mom for their initial breakup. In a newly released People interview, Bristol says that had her mom not been a VP candidate, she and Levi would already be married and would never have split.

Bristol tells the glossy, "It is intimidating and scary just to think about what her reaction is going to be. Hopefully she will jump on board."

Apparently they got back together three months ago, and engaged two weeks ago. They told the magazine they are waiting for sex until the marriage, as Bristol has pledged to be abstinent. Fortunately they want a short engagement and hope to marry in the next six weeks. They reconnected when meeting to discuss custody of son Tripp, 18 months old.

"I really thought we were over," Levi tells the mag. "So when I went, I had no hope. I think we both just started talking -- and then we took Tripp for a walk."

Bristol continues, "When he left that night, we didn't hug or kiss, but I was thinking how different it was. He texted me: 'I miss you. I love you. I want to be with you again' ... I was in shock."

Pick up Us for more of the interview and "exclusive pictures," for which the pair were presumably paid. Visible on the cover is Bristol's new engagement ring. Levi already has her name tattooed on his ring finger. 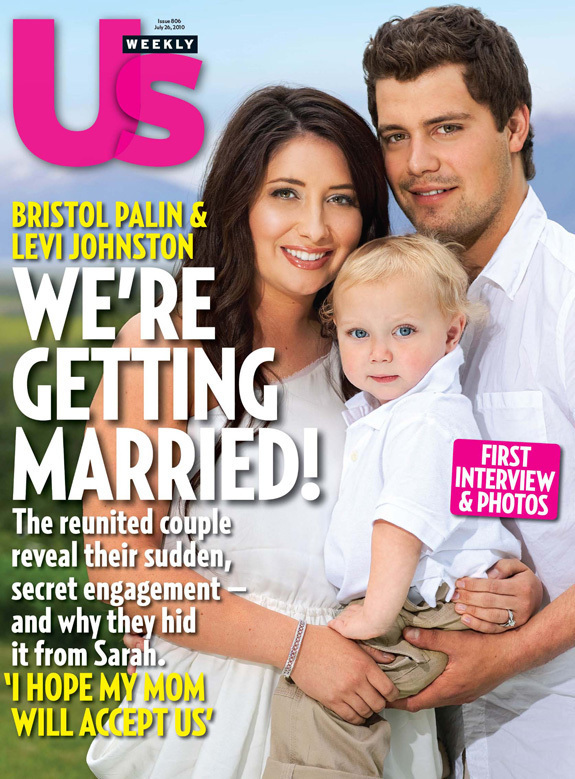 Liz Cheney Stands by Cassidy Hutchinson: 'I Am Absolutely Confident In Her Credibility'