Bristol Palin returned to the dance floor last night on the premiere of "Dancing With the Stars: All-Stars," but her moves weren't the only thing that got our attention.

The daughter of former Alaska governor Sarah Palin flaunted a much slimmer figure while dancing with her partner Mark Ballas, admitting to Us Weekly, "I'm definitely in better shape than I was last time, definitely."

"I'm just more active and I cut all the crap out of my diet! It's that simple," the 21-year-old added backstage after earning a score of 19 points out of 30 from the judges. "And my kid's a lot more rowdy, a lot more active. I'm running after him a lot! He's huge! He thinks he's a teenager already."

Palin, whose 3-year-old son Tripp cheered on his mom with Grandma Palin in the audience, also admits that she has much more confidence these days and is prepared to walk away with the mirror ball trophy. And Ballas is noticing the difference not only in her attitude, but in her dancing as well.

"It's definitely a step in the right direction," Ballas told The Hollywood Reporter of Palin's weight loss after the show last night. "She looks amazing, and I definitely can feel it when I move with her. She's more smooth."

As for what her mom thinks about her return to the ballroom, Palin says she's proud and happy to see her competing again. "She's just excited to see a new confident me, and she's happy to be here to watch," Palin told THR. "I think it's just my age. I was 19 [the first time] and now I'm 21, almost 22."

Check out Palin's new figure below! 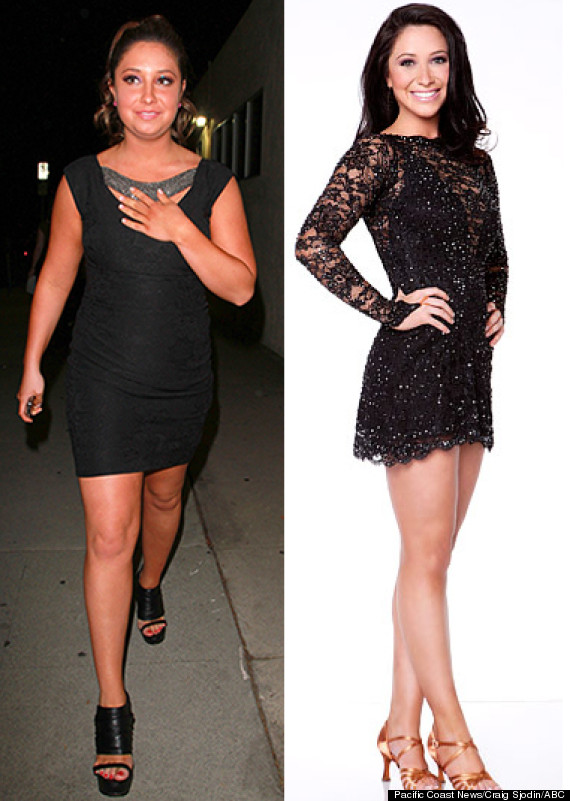