Brit Marling is a name that's starting to roll off the tongue. The Chicago-born triple threat (she writes, produces and acts) is about to hit the big screen this weekend with "Sound Of My Voice," a film bought by Fox Searchlight after it's premiere at Sundance in 2011.

Marling plays the mesmerizing leader of a cult in Los Angeles, but there's more to it than that. She claims to be from the future. What could be a snicker-worthy plot is instead a film both quiet and eerie, intense and intoxicating -- for Marling's power on screen is unlike many we see today. She is simply magnetic.

But what is most appealing about Marling is her spirit. After growing tired of not finding compelling roles for women in Hollywood, she did the obvious. She wrote them herself. Marling co-wrote, co-produced and starred in not one, but two films at Sundance in 2011: "Sound Of My Voice" and "Another Earth." She graduated valedictorian from Georgetown with a degree in Economics and famously turned down a job offer from Goldman Sachs by saying, "Thank you but I'm going to be an artist."

She has films coming out with Richard Gere, Susan Sarandon and Robert Redford and this year, she graced the highly-sought-after annual Vanity Fair Hollywood cover.

The Huffington Post sat down with Marling to discover that her fierce intelligence is softened by her willingness to believe that there is magic in the world.

Click through the slides below to read our Q&A: 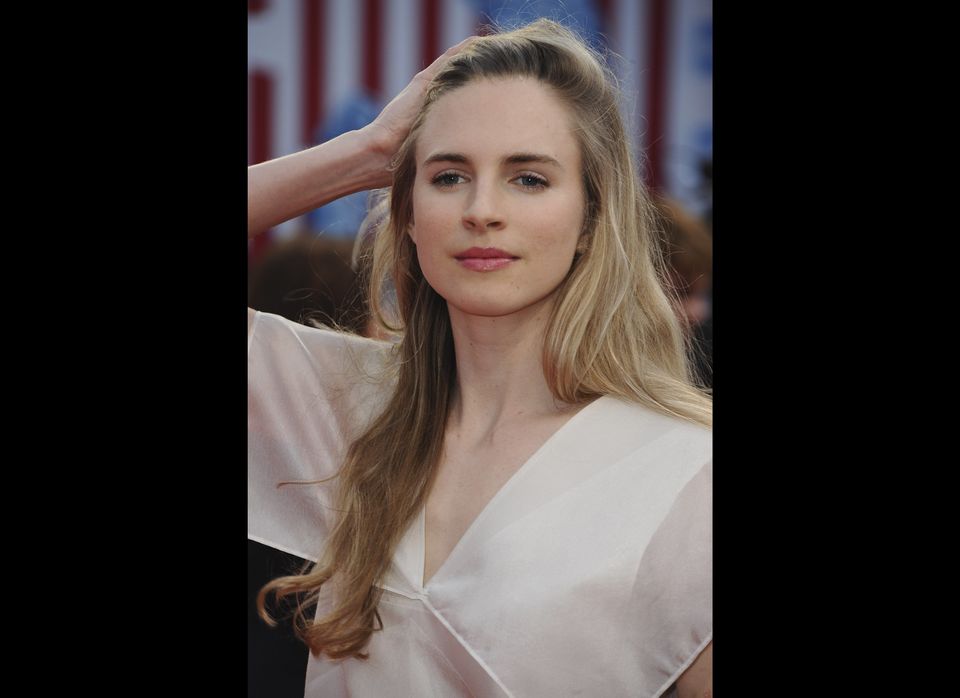 1 / 13
'The World Is Getting Curiouser And Curiouser'
<strong>HuffPost: How long ago did you make "Sound Of My Voice"?</strong> Brit Marling: We shot it in August of 2010. And oddly, it's only become more prescient now. I think the world is in a strange place. It's like the Alice In Wonderland expression, "The world is getting curiouser and curiouser." I don't think that's even a word but Alice uses it, so whatever [laughs]! It seems that people are thinking a lot about the future and asking, "Is the way we're living now sustainable? How much longer can this go on for? What will the future really look like?" And the idea that Maggie [Marling's character in "Sound Of My Voice"] has some intimate knowledge of it and bringing it back in time seems appealing and interesting. <em>(Photo credit: Getty Images)</em>
Getty