This week, the British arm of fast-food giant McDonald's kicked off week two of their special Great Tastes of America burger menu with their homage to Chicago -- and the results look.. questionable. 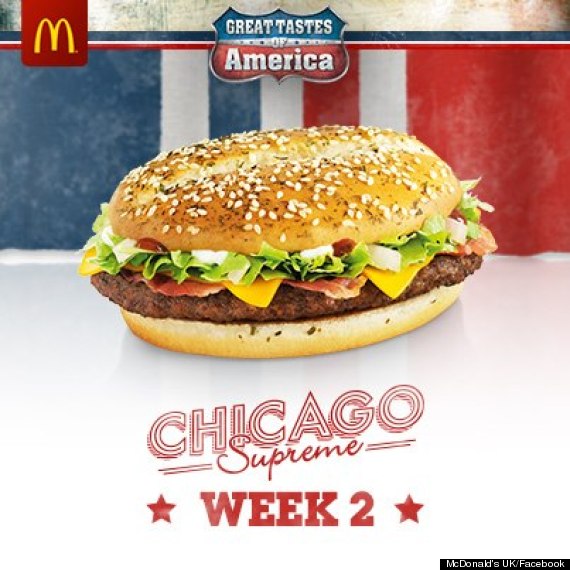 While we don't understand the salsa topping -- though maybe it's the Oak Brook-based company's nod to the Chicago area's significant-and-rising Latino population -- we're especially curious about the addition of bacon, aside from the fact that bacon makes almost anything tastier.

All told, we can't help but imagine the Billy Goat's original owner William Sianis is spinning in his grave at this one.

According to BrandEating, other burgers on the menu include the Louisiana BBQ, the California Melt and the New York Classic, all of which are also topped with bacon. The sole exception to that rule is the Arizona Nacho Grande, which inexplicably replaces it with pepperoni slices.