The British press is being unusually skittish with what should be a story from heaven, refusing to print the nude photos of Prince Harry that have lit up the Internet in an episode which some are saying shows a dangerous new climate of fear in the UK media.

TMZ published pictures of the royal rascal taking "strip billiards" to their logical conclusion in Las Vegas, and the snapshots naturally spread like wildfire -- except on the websites and in the pages of British newspapers. Thursday morning's front pages overwhelmingly showed more restrained shots of a merely shirtless Harry -- all except the Sun, which got one of its employees to recreate one of the pictures. It all made for a very strange situation -- why would the Sun, which has controversially run a picture of a naked woman on Page 3 for decades, shy away from such an amazing tabloid story?

The front pages of British newspapers on Thursday:

The reason, the papers say, is the royal family, which has politely but firmly called the the country's Press Complaints Commission to say that it would be an invasion of Harry's privacy to print the pictures.

The incident is a reminder of the kinds of restraints on press freedom that exist in Britain -- and of the increasingly futile nature of attempts to suppress uncomfortable information in the age of the Internet. After all, any curious Briton who wanted to could find the pictures on a million websites. It's also not the first time the press has been in this position. There was, for instance, the story of Ryan Giggs, the footballer who secured a so-called "super-injunction" to prevent his affair being mentioned in the papers, even as Twitter was exploding with the news.

The collective buckling to the Palace set off a fierce debate inside the country, which has been grappling with the criminal invasions of privacy in the phone hacking scandal. Neil Wallis, the former executive editor of the News of the World who was arrested in connection with phone hacking, fired off an angry essay for The Huffington Post UK. He said that the Leveson Inquiry into press ethics has made the media scared of a story it would have eagerly pursued in earlier times.

"Essentially, months of trashing of both tabloids and mid-markets at Leveson, coupled with the chilling coverage of various police inquiries into press activities, have left Editors running scared," he wrote. "If I was still one of them, I would be too."

UPDATE: The Sun became the first paper on Thursday night to defy the threats, publishing the pictures for its Friday edition. 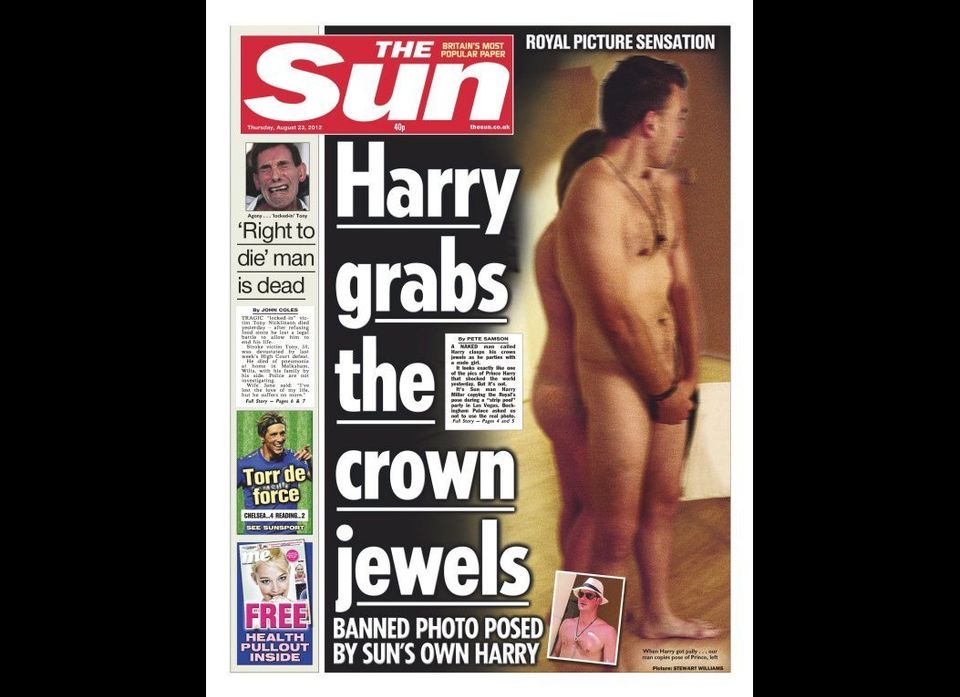