Dave took aim at Boris Johnson, the British media’s treatment of Meghan Markle and racism within British culture during his powerful performance at this year’s Brit Awards.

The rapper – who, along with Lewis Capaldi, was one of the two most nominated artists at this year’s awards show – began his performance with a rendition of his song “Black,” an exploration of Black history and social injustice, while seated at a piano.

He followed this with a brand new verse, in which he branded the prime minister a “real racist.”

“It is racist, whether or not it feels racist,” he began. “The truth is our prime minister’s a real racist. They say you should be grateful we’re the least racist, I say the least racist is still racist.”

He continued: “If you don’t wanna get it, then you’re never gonna get it, how the news treats Kate versus how they treat Meghan.”

Referring to the victim of last year’s London Bridge terror attack, Jack Merritt, Dave was heard rapping: “Rest in peace Jack Merritt, you’re my brother in arms, there’s tears in our eyes and love in our hearts.

“We never had the same background, culture or background, you devoted your life to giving others a chance. And for that, I’m so taken aback, because it gave us all a voice, I have to say it for Jack.”

British rapper Dave at #Brits2020: "It is racist whether or not it feels racist. The truth is our prime minister is a real racist. They say, you should be grateful we're the least racist. I say, the least racist is still racist." pic.twitter.com/7SN4cD9afE

As he reached the climax of his rap, Dave concluded: “We want rehabilitation, that would be amazing, our Grenfell victims still need accommodation. And we still need support for the Windrush generation, reparations for the time our people spent on plantations.”

With a grin, Dave then declared “I’m out,” before putting down his microphone and heading off the stage.

Johnson has been heavily criticized in the past for referring to Black Africans as “piccaninnies” with “watermelon smiles” in opinion pieces he has written.

He also once wrote that working-class mothers’ children were “unloved and undisciplined” and might “mug you on the street corner.”

Dave’s comments were reminiscent of when fellow British rapper Stormzy closed the show at the Brits two years ago, and called out then-prime minister Theresa May over the way she reacted to the Grenfell Tower disaster.

Check out all the photos from this year’s Brit Awards red carpet in the gallery below... 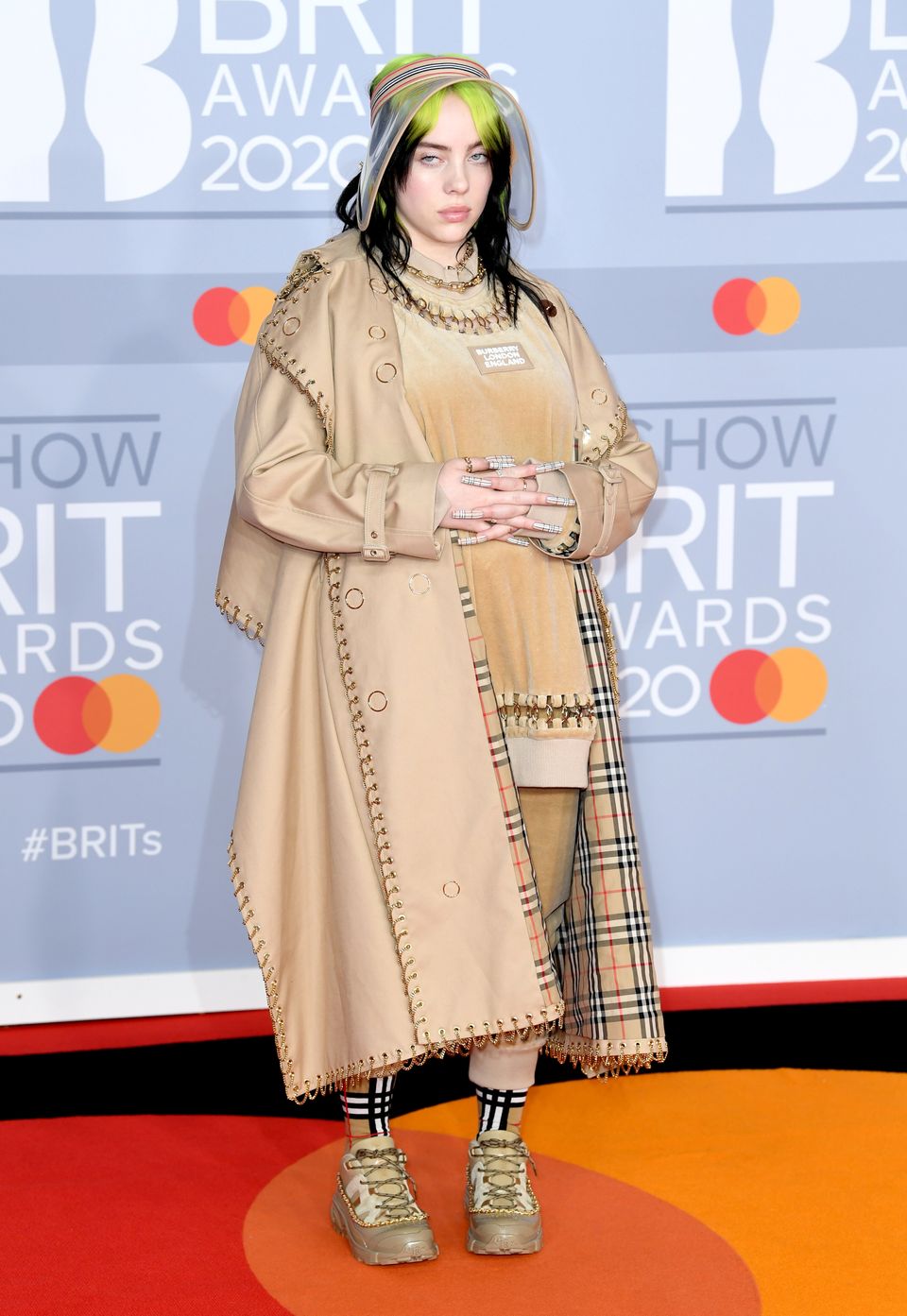