A new relationship sure does Britney Spears' body good.

On Monday, the 31-year-old pop superstar was photographed hanging out outside a friend's house in sunny Malibu, Calif., wearing nothing but a tiny two-piece.

Spears looked unbelievable in the striped strapless bikini, flaunting the abs that first made her famous nearly 15 years ago. The bronzed beauty, who recently dyed her blond locks brunette, was later photographed smoking a cigarette.

Absent was her new boyfriend, David Lucado, a 27-year-old Atlanta native whom she was first linked to last month.

Spears and Lucado were spotted holding hands on Friday in the parking lot of a shopping mall in Thousand Oaks, Calif., according to Us Weekly. On Sunday, Spears tweeted a photo of her, Lucado and manager Larry Rudolph at the Cirque du Soleil "One Drop" show in Las Vegas.

Spears will show off her amazing bod once more on an upcoming cover of Shape magazine. 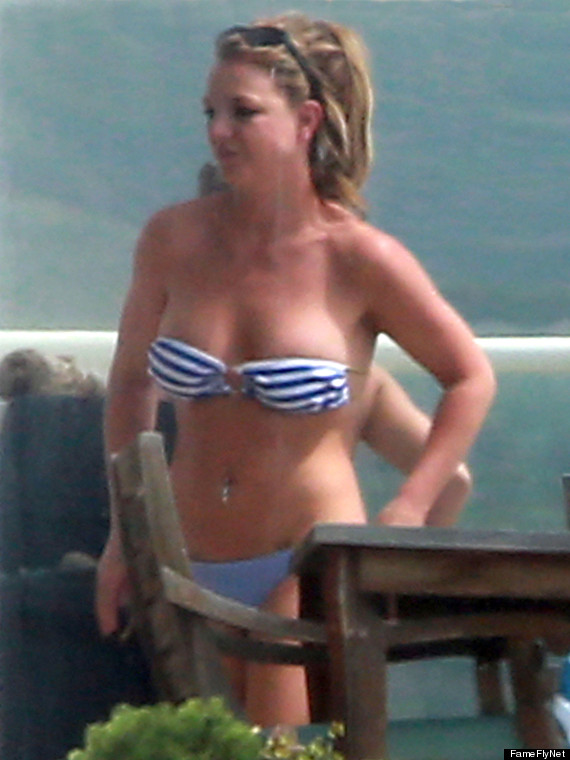 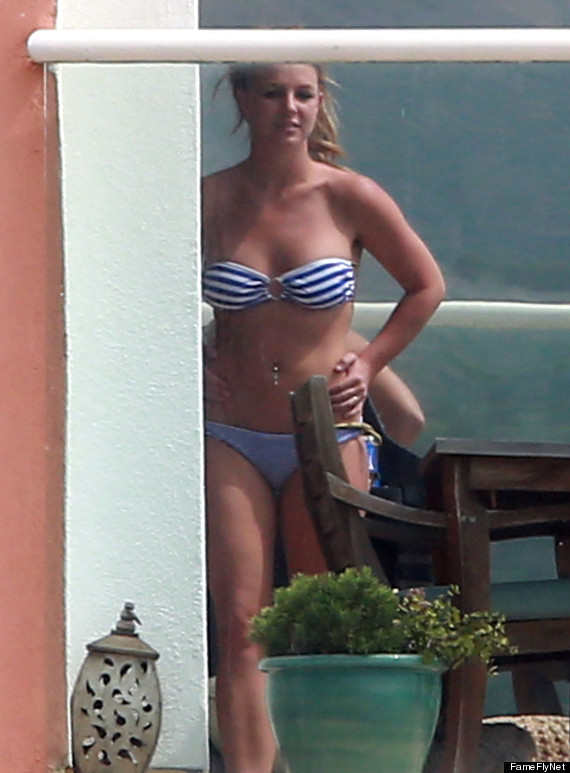