Britney Spears said "I do" in 2004 to childhood friend Jason Alexander, and the two were married for 55 glorious hours.

Less than three days after the pair exchanged vows at The Little White Wedding Chapel in Las Vegas, their marriage was annulled.

If you thought that was the last you'd ever hear from Britney's first husband, guess again. Perhaps a torch still burns for Britney, because Alexander is not happy about her engagement to Jason Trawick, reports Us Weekly.

The one-time Mr. Britney Spears is currently training for the World of MMA fighting competition and must have been hit in the head one too many times, because he thinks the engagement is fake.

"If you look at all the pictures between [Spears and Trawick] there is no connection," he explained to the magazine. "They look like they are going through the motions. It seems like an answer to the court thing."

Alexander was referencing the conservatorship held by Britney's father Jamie Spears, which will likely end when the star is married.

"Sort of a nice way to sew it all up, she marries her handler," he quipped. "I think it's fake and I think people are afraid to say it."

Alexander likely blames Britney's 'controlling' team for the annulment of their marriage, but it's been nearly eight years since that night in Vegas, and even ex-husband Kevin Federline, the father of Britney's children, is happy for her.

Spears and Federline married just nine months after her annulment from Alexander. And together they had two sons, Sean Preston, 6, and Jayden,5, before divorcing in 2007.

Though Federline admits he doesn't talk to Spears much these days, he wishes her the best.

"It's a good step in the right direction," Federline said of her engagement. "I'm totally happy for her."

Take a look back at Spears' relationships:

PHOTO GALLERY
Britney Spears, Her Exes and Fiance
Download
Calling all HuffPost superfans!
Sign up for membership to become a founding member and help shape HuffPost's next chapter
Join HuffPost 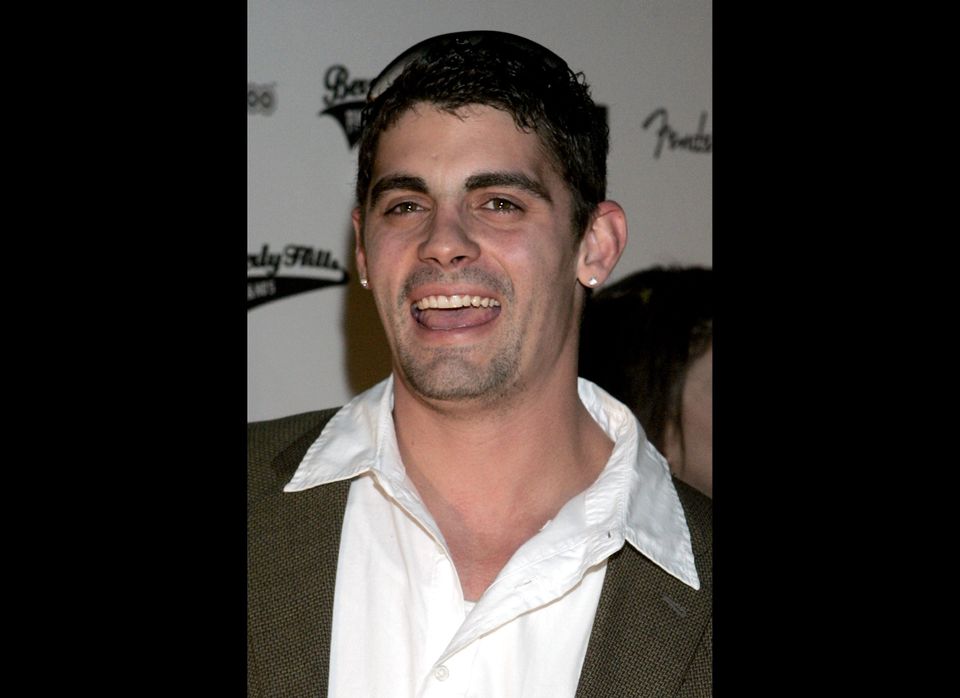 1 / 7
Jason Alexander
Jason Alexander, Britney Spears' childhood friend who was married to her before the marriage was annulled in 2004, posed during the opening of the Beverly Hills Pimps and Hos clothing store, to benefit Peace Over Violence, Friday, Dec. 8, 2006, in Los Angeles.
AP