All eyes were on Britney Spears Saturday night at the iHeart Radio Music Festival.

The 31-year-old superstar headed to the MGM Grand Garden Arena in Las Vegas for the Sept. 21 show. Spears, dressed in all black, wore a lacy bra top, an Olcay Gulsen tuxedo jumper and Saint Laurent pumps, according to Just Jared. She was all smiles as she posed backstage and flashed the peace sign before heading out as the presenter for Miley Cyrus.

Cyrus and Spears have become quite friendly recently and were photographed hugging backstage. Along with a collaboration on Cyrus' "Bangerz," Spears has spoken out on behalf of the 20-year-old "Wrecking Ball" songstress, defending her controversial performances.

"I remember that age when I was just transferring into my career and doing more controversial things and the energy that you feel, all this chaos going on," the "Work Bitch" singer told Mario Lopez during an "Extra" interview. "She is on fire right now, she’s just a ball full of energy.”

Spears is currently in Vegas prepping for her "Piece of Me" residency at Planet Hollywood Resort & Casino, which will kick off in December. 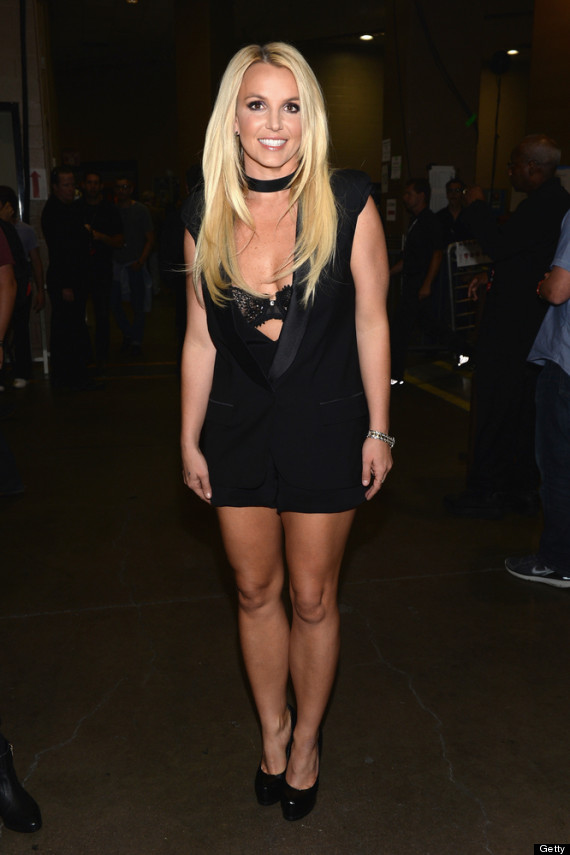 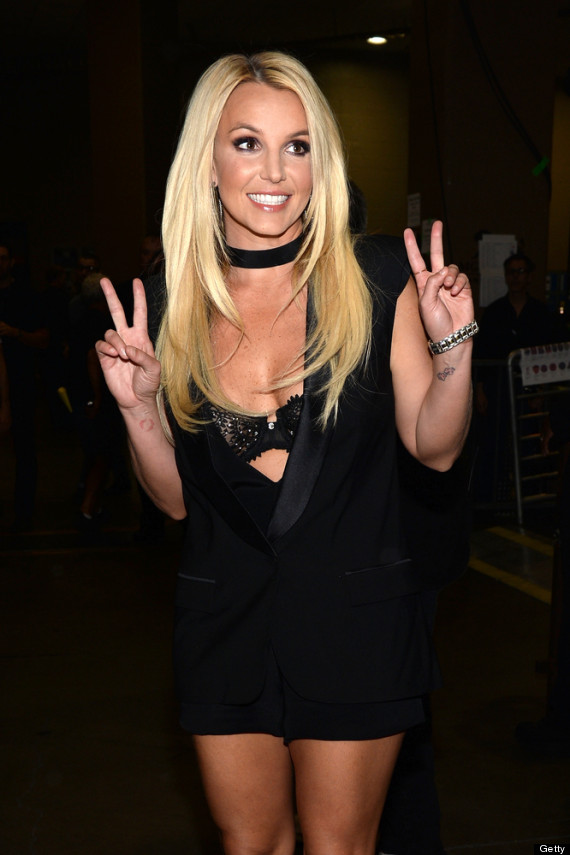