Britney Spears and Kevin Federline reunited over the weekend at their son's soccer game.

Spears and Federline cheered on little Jayden at a field in Woodland Hills, Calif., on Saturday (Oct. 26), according to the photo agency that secured the snapshots.

The 31-year-old songstress looked casual in a red turtleneck, skinny jeans, oversized sunglasses, and her hair pulled back in a messy bun. A bodyguard stood by her side, while her ex was joined by his daughter, Kori.

The couple, who married in 2004 and split in 2006, appeared to be on friendly terms, notes E! News. They stood next to each other, watching the game from the sidelines.

Earlier this month, the two made headlines when TMZ caught up with Federline and asked if he would be OK with their elder son, Sean Preston, joining Spears on stage during her Las Vegas residency. Federline said he would only be excited to see his son up there if he were 25 years old.

Spears' rep later told TMZ she was "joking" about the possibility of the boy accompanying her on stage.

The pop superstar kicks off her two-year Planet Hollywood residency on Dec. 27. 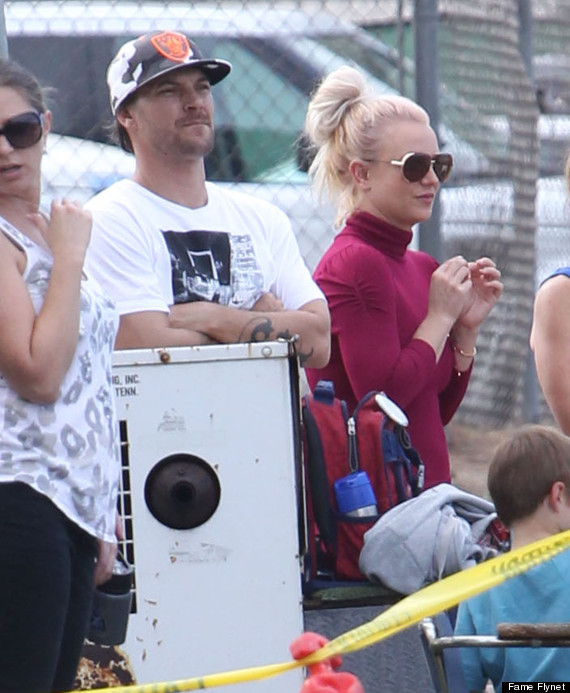 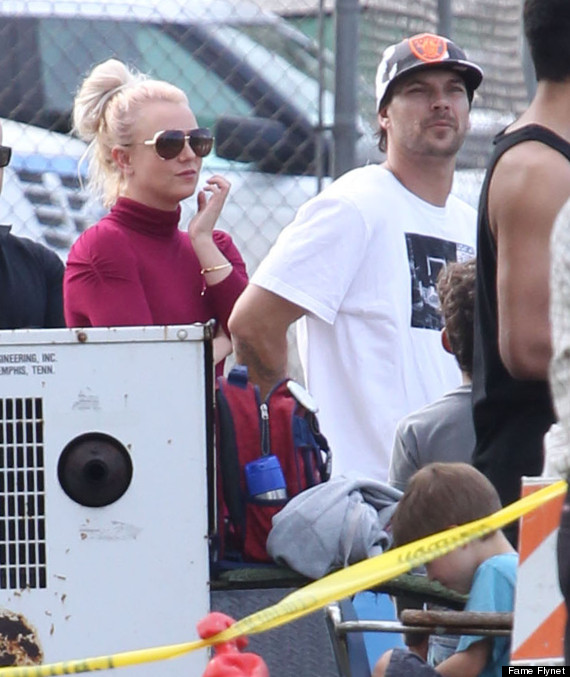