Britney Spears chose an interesting outfit Sunday as she attended church with boyfriend David Lucado in Thousand Oaks, Calif. The 31-year-old pop star wore a tight turtleneck minidress and over-the-knee black boots and had her hair piled in a messy updo, while Lucado wore a vest and tie.

Spears appears to have returned to her Southern Baptist roots after a much-publicized stint with Kabbalah in 2006 (Madonna allegedly introduced her). Spears, who was reportedly tired of being asked for monetary contributions, wrote on her website at the time, "I no longer study Kaballah. My baby is my religion." 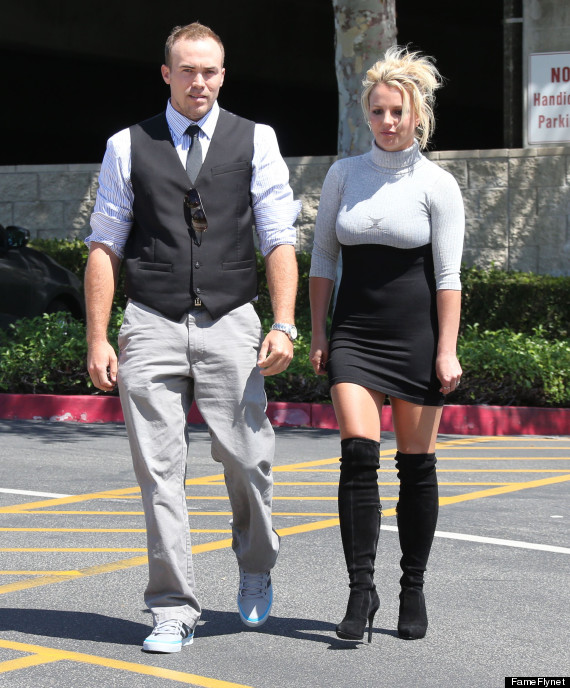