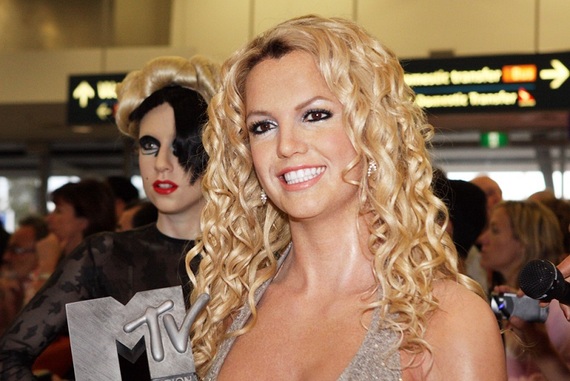 Britney Spears' estate was worth just under $46 million at the end of 2014, according to court documents obtained Wednesday by E! News. The documents were released as part of the conservatorship agreement that Britney has with her father, Jamie Spears, who is overseeing her affairs.

Even more interesting, however, were the details on how the mega-pop star budgets and spends her money. From her huge pet budget to her Target shopping trips, see what Britney spent her money on in 2014.

Read: Britney Spears and Other Child Stars Who Became Millionaires

How does Britney spend her money? Well, with a net worth of $46 million, the singer can really afford to spend millions on whatever she pleases.

According to the legal documents, her expenses added up to more than $1.7 million -- not including her $6.8 million mansion in Los Angeles, $570,000 home in Louisiana or the $1.6 million worth of equipment and furniture.

Britney also spent nearly $38,000 on "family support," a category that includes plane tickets to fly her loved ones around and a $500 weekly allowance for her mom, Lynne Spears. The furry members of Britney's family were also very well-cared for, with the singer spending just under $25,000 on pet care, including grooming and pet sitting.

The costs to stay looking good are high, and since that's sort of part of her job, maybe Britney could've even written some of these costs off as business expenses on her tax return? First, there's the $49,000 she spent on wardrobe items. Then there's $20,000 for hair and makeup and just under $2,500 on massages, nails and other grooming charges. For meals and entertainment, Britney spent $15,270.

At least there's one area of her budget that many bargain shoppers can relate to: Britney's love for Target. She spent $5,500 at the retailer last year, which probably isn't too far off of what a lot of Americans fork over.

Britney's $46 million net worth saw a nice boost in 2014, most likely due to her Las Vegas residency at Planet Hollywood. And the steady and huge paychecks from Britney's gig entertaining tourists are set to get even bigger.

After the initial huge success of her show, "Piece of Me," Britney negotiated a new 140-show deal over two years that's worth $66.5 million, reports the Daily Mail.

With the combined income of $475,000 for each show (just under Celine Dion's per-show earnings of $476,000 for her residency) and her other business ventures, including her fragrances and a new lingerie line, TMZ reported that Britney earns around $1 million each week.