An Arizona woman who allegedly confessed to her boyfriend that she has sex with dogs and fantasizes about incest has been charged with crimes against nature, police said.

"We received a report ... alleging bestiality on the part of Brittany Sonnier. Our investigations bureau investigated the allegations and [then] forwarded a criminal complaint to the county attorney's office," Harrold told The Huffington Post.

Sonnier was arrested on November 21 and charged with bestiality. Those charges were later changed to two counts of "crime against nature."

According to a copy of the police report provided to HuffPost, authorities were tipped off in September by a former boyfriend of Sonnier's about her alleged illegal four-legged activities.

The ex-boyfriend, the report states, told police he had started dating Sonnier in March or April. The ex, whose name has been redacted from the police report, said Sonnier seemed, "like a nice, sweet and innocent girl."

Sonnier's ex told police things went well at first between the two and said he enjoyed spending time with both her and her 11-month-old son. However, during mid-summer the relationship changed, and their sex life began to slow down. It was around this time that Sonnier allegedly approached him and asked if they could "talk."

The report states one of the dogs is about 13 and the other is just a couple years old. They are not identified by breed, but are described as "medium size" dogs in the police report.

The police report further alleges that Sonnier told her boyfriend that she has had "vaginal and oral sex with the dogs" and has trained the animals so they "don't act strange" around other people.

Sonnier also allegedly said she was into incest and pulled up images on the phone of a family of cartoon characters having sex, police said.

The ex-boyfriend told police he was "disturbed and freaked out" and said he told Sonnier "she was disgusting." The two broke up shortly thereafter.

Sonnier's ex told police he first approached her father and informed him of her alleged bizarre sexual preferences. Sonnier's dad, according to the police report, allegedly told him that his daughter had in the past admitted to him that "she has been having sex with the family dogs." Her dad also allegedly said he is in the process of trying to gain custody of his grandson.

The ex-boyfriend told police he suspects Sonnier is pregnant with his child, but said she has refused to take a pregnancy test. He said that, if she is pregnant, he wants her to get help.

Further allegations by her ex-boyfriend in the police report read:

Neither Sonnier, her ex-boyfriend nor her father responded to calls and emails requesting comment from The Huffington Post.

According to a Facebook page attributed to Sonnier, she is a 2010 graduate of South View High School in Hope Mills, North Carolina. Under "favorite quotations" Aurdey Hepburn is listed, with the following quote, "I was born with an enormous need for affection, and a terrible need to give it."

Harrold told police Sonnier is scheduled to appear in court on Dec. 5. It was not immediately clear Thursday if she has an attorney to represent her. 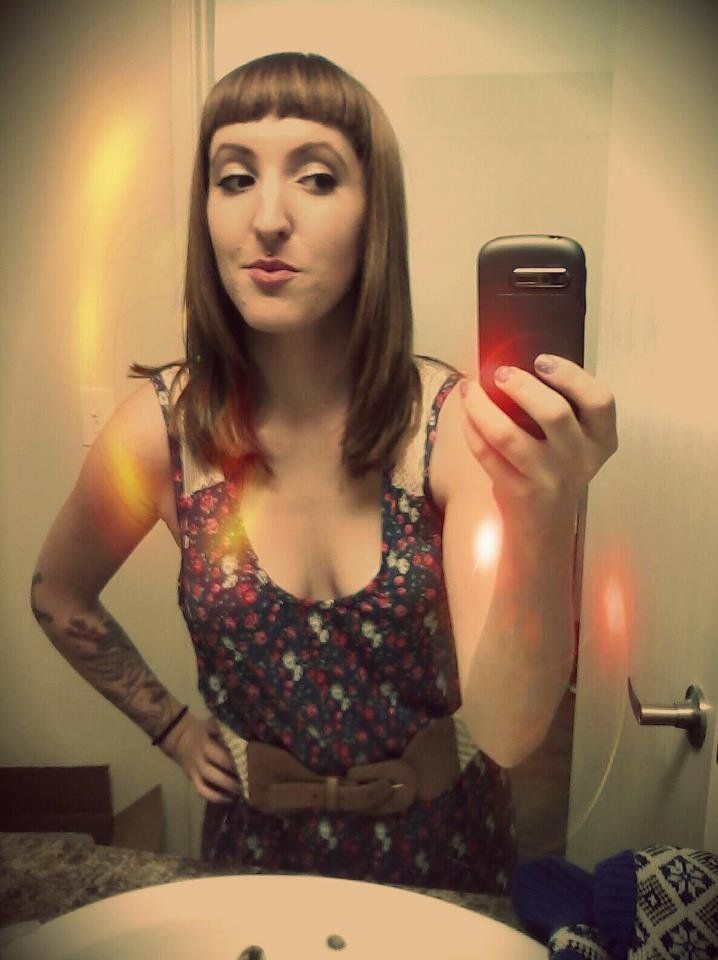