In the market for a Britto to puke on?

There'll be a steep discount on the artist's work next week, courtesy of a disgraced Miami Beach entrepreneur who allegedly defrauded charitable investors of millions meant to help earthquake victims in Haiti.

As first reported by South Florida Business Journal, an auction of former construction company exec Claudio Osorio's goods will award at least a couple Brittos -- including a portrait reportedly of Osorio's wife -- to highest bidders.

While CEO of the now-defunct firm, Osorio pledged to build more than 1,000 prefab houses for those left homeless by the devastating 2010 earthquake, earning financial backing from the likes of NBA stars Alonzo Mourning and Carlos Boozer.

But Boozer soon joined other investors in a lawsuit against the businessman when the houses went unbuilt.

The Orosios filed for Chapter 11 bankruptcy in December 2011, asking to reorganize InnoVida whilst keeping the company intact. But Federal judge Robert Mark rebuffed the request, saying "Mr. Osorio engaged in a pattern of, if not fraud, certainly evasive answers," reported the Journal.

The well-connected couple were prominent Democratic fundraisers who once hosted Bill Clinton at their Miami Beach estate, and also claimed GOP royalty Jeb Bush on InnoVida's board of directors.

Hollywood-based Moecker Auctions, Inc. are handling the October 16 auction, slated for 10 a.m. at 12864 NW South River Drive in Medley. Previews begin at 9 a.m., but you can already check out some of the couple's pricey goods below: 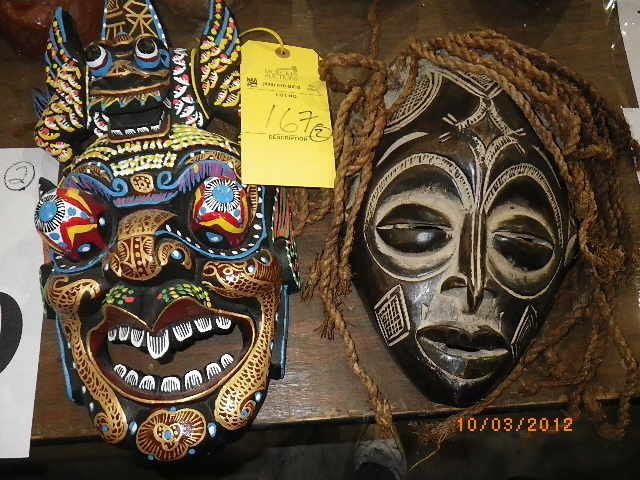