Some of New York's finest theater talents are set to take the stage March 18 for a great cause.

Tony Award winners Len Cariou, Brian Stokes Mitchell and Karen Ziemba are the latest to join the 2013 installment of "Broadway Backwards," which offers gay and lesbian theater fans a chance to "see their stories" told through memorable musical numbers for one night only.

As director Robert Bartley notes, many of the musical numbers will be re-interpreted by performers of the opposite gender for which they were originally intended -- a chance for many of the male stars to let their inner divas shine. Though Bartley remains tight-lipped about the specifics, last year's event saw Robin De Jesús charming the crowd with "Wouldn't It Be Loverly?" from "My Fair Lady," and "Book of Mormon" star Andrew Rannells tackling a "Funny Girl" showstopper.

Of course, the girls are in on the fun, too -- the pairing of Elizabeth Stanley ("The Million Dollar Quartet") and Sierra Boggess (currently seen in "Phantom of the Opera") for an all-female take on "Tonight" from "West Side Story" was a 2012 highlight.

View photos of 2012's "Broadway Backwards," then scroll down to keep reading:

Now in its eighth year, the show will also feature appearances by Academy Award winner Estelle Parsons, Emmy Award-winning comedian Bruce Vilanch, and Stacy Oristano of TV's "Bunheads" and "Friday Night Lights," in addition to many other well-known stage and screen talents. Proceeds from the show will benefit Broadway Cares/Equity Fights AIDS as well as the Lesbian, Gay, Bisexual & Transgender (LGBT) Community Center of New York.

True to form, the historic LGBT developments of the past year -- from President Barack Obama's embrace of gay rights to the marriage equality victories in four states -- aren't far from the performers' minds, Bartley notes.

"What art does so incredibly is make the unfamiliar become familiar through humor and pathos," says Bartley, who is also quick to point out the significance of staging "Broadway Backwards" at New York's Palace Theatre, which hosted Judy Garland and Ethel Merman, among other legendary icons, throughout its history. "Sometimes that kind of activism can be the strongest kind, as people don't know they are learning about our community through their laughter. They realize that we, just like them, have vulnerabilities, dreams [and] humor."

"Broadway Backwards" will be at New York's Palace Theatre on March 18. For more information on tickets, click here. 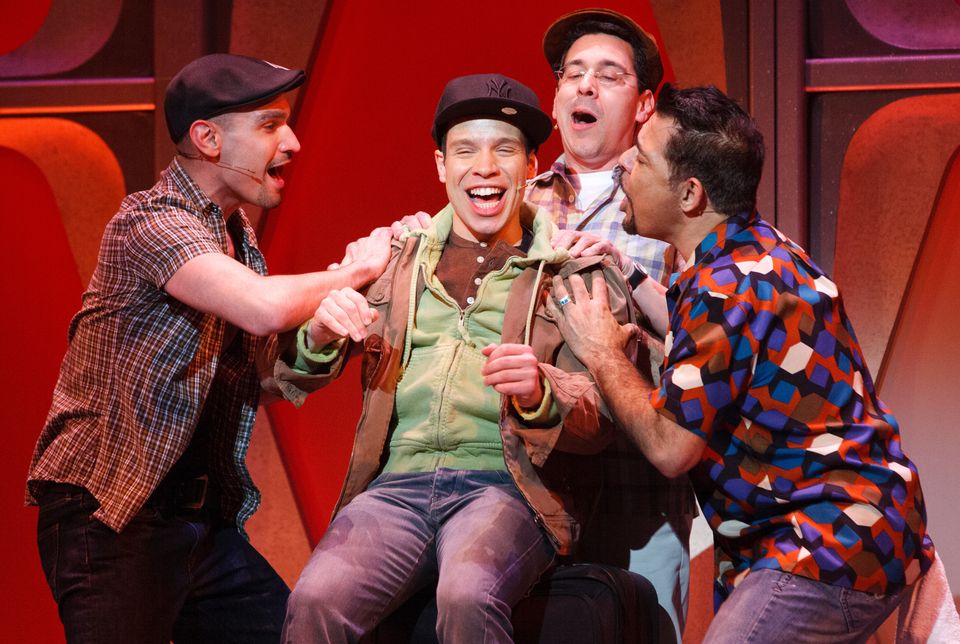