If the chiseled cast of “Broadway Bares XXII: Happy Endings” taught us anything, it’s that life isn’t just a cabaret, old chum, but a sexy storybook as well.

Over 200 of the Great White Way’s most able-bodied actors and dancers donned corsets, fishnets, G-strings and other outré accessories to put a burlesque spin on some of the world’s most beloved fairytales, from "Sleeping Beauty" to "Puss in Boots," on the stage of New York’s Roseland Ballroom. From the sparkling pasties adorning Snow White’s bosom as she cavorted with ribald dwarves to a Pinocchio whose swelling appendages included more than just his wooden nose, these tales definitely weren’t meant for kids.

The dazzling numbers ranged from a Bollywood-meets-Cirque du Soleil take on "Aladdin" starring three gravity-defying aerialists, to a camped-up retelling of "Rapunzel," which featured famed drag queen (and HuffPost Gay Voices blogger) Lady Bunny as an off-her-rocker beautician who snipped ruthlessly at the flowing tresses of backup dancers to a spirited mash-up of Lady Gaga’s "Hair" and Nicki Minaj’s "Turn Me On."

More scintillating, still, was "The Pied Piper," in which a hunky, kilt-clad ensemble finally answered the age-old question of what a Scotsman wears beneath his kilt (pairs of multicolored and easily-discarded briefs, in this case) and "Goldilocks and the Bears," which saw its hapless blond chorus boy (Andy Mills, currently starring in Broadway's "Memphis") stripped nearly nude while being pawed by a hirsute "bear" pack, before being hoisted above the crowd in a net and straddled by one particularly friendly "grizzly." (Don't fret too much about Mills, who described his performance as "extremely nerve-wracking, but also very liberating…it feels so great to be that expressive.")

View photos of "Broadway Bares" below (WARNING: some images contain nudity), then scroll down to keep reading:

And while many view the night as the unofficial kickoff to New York's LGBT Pride week for the city's legions of theater queens, the charitable cause certainly wasn’t far from the participants’ minds. "Safe sex is hot sex," Tony Award winner Judith Light told the crowd. "And we can best love each other by always remembering to protect each other."

Actor and dancer John Carroll, most recently seen in the 2011 revival of "Follies," echoed Light's sentiments backstage. "We really lost an entire generation of artists –- amazing choreographers, dancers, set designers, costume designers –- to HIV/AIDS," Carroll, a three-year "Broadway Bares" veteran who appeared as a scantily-clad Prince Charming during the show’s finale, said. "As a performer now, to look back on that era…[you] just want to do anything you can to put an end to it, in an homage to the people who have gone before you." 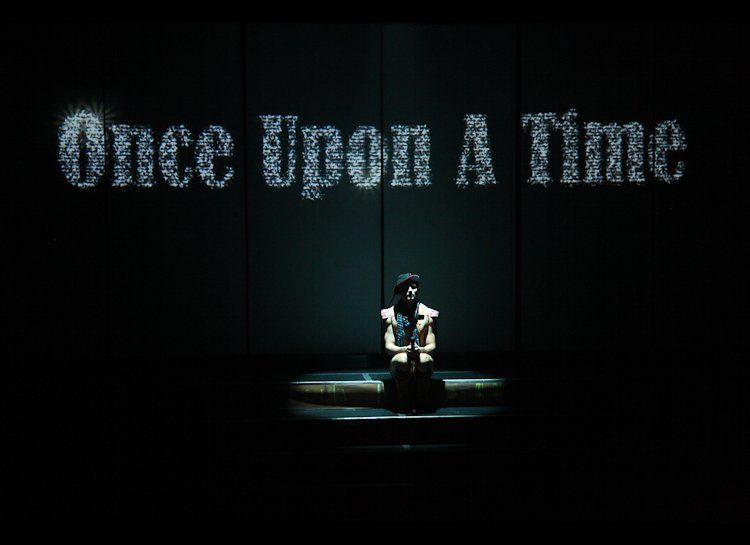 1 / 18
Kyle Dean Massey, who appeared throughout the show, starts the evening, as every good fairytale should, with "Once Upon a Time."
Photo courtesy Broadway Cares/Equity Fights AIDS. Photo by Peter James Zielinski