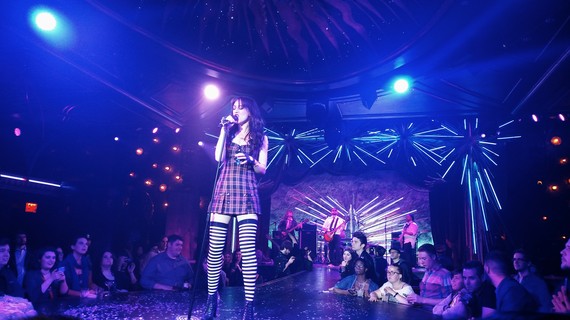 The spotlights were bright on Broadway at the Diamond Horseshoe, and they were shining for the Tyler Clementi Foundation. Broadway the Hardway, in association with Queen of the Night, presented a star-studded lineup for this worthy cause which included Tony Award-winner Lena Hall (Hedwig) with the Deafening and Tony-nominee Lauren Worsham (Gentleman's Guide to Love and Murder) with Sky-Pony. Special guest performances by Brendan Maclean, Courtney Act, Grace McClean, Emmy Award-winning Lance Horne, and Dorinda Medley (The Real Housewives of NYC) graced the stage as well, and all proceeds went to The Tyler Clementi Foundation (TCF). The Foundation is in honor of Tyler Clementi, a Rutgers University freshman who tragically took his own life shortly after becoming the victim of vicious cyber-bullying.

The cause of bullying is one that hits home in the Broadway community. "So many of us, onstage and in the audience, were misfits," said Lauren Worsham. "We were able to take a horrible situation and make something good of it. It's so important."

The performances were bold, unapologetic, and powerful. The driving force of performing for this worthy cause was palpable within every aspect of the show. The chosen songs and the artists themselves resonated strength and aspiration; incredible talent for an incredible cause.

This higly impressive event, in a truly spectacular venue, donated ALL ticket proceeds to TCF. Many in the audience came for the music, but many more came for the cause. As one audience member stated, "My friend told me about it and I had to come. We have to come together for the kids, something has to be done." 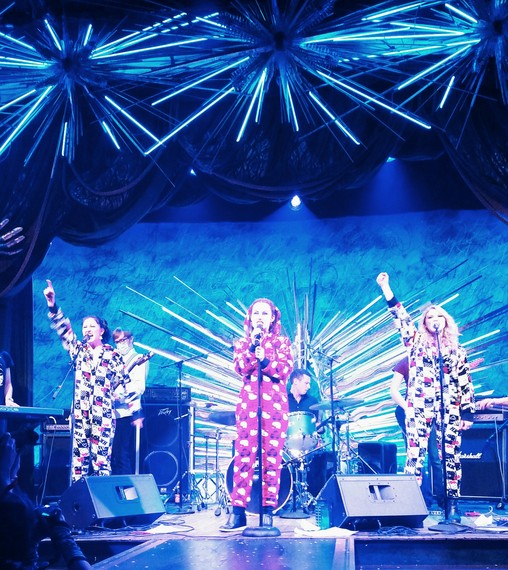 TCF offers programs, presentations, and music to tell Tyler's story and prevent it from recurring. Tyler's Suite, an eight piece choral arrangement that is touring the United States, will arrive in NYC on June 13th. Tyler was a talented musician, and Broadway composer and lyricist Stephen Schwartz led the project in his honor. The musical project is performed by talented gay men's choruses and urges the audience to become Upstanders, by taking the pledge to stand up to bullying in work, school, at home, and online. The website states, "The Tyler Clementi Foundation believes in the power of music to change people's hearts and minds towards love, acceptance and respect for all people." It was only fitting that the voices soared in a show to benefit an organization inspired by a true music lover. Let's raise our voices together against all bullying.

What cause do you shine YOUR spotlight on?