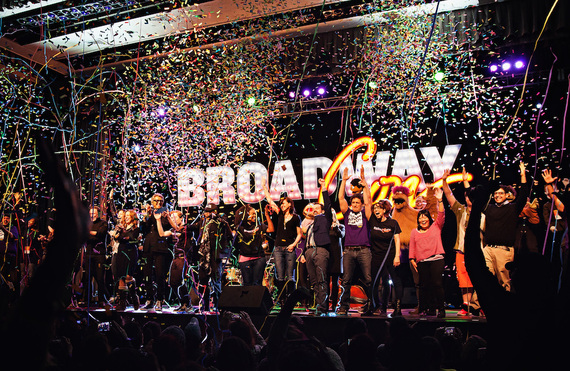 Last year, over 5,000 Broadway fans crowded into the Hilton Midtown Hotel for Broadway's answer to Comic Con. There were autograph signings, sing-along's, and talks given by seasoned Broadway veterans. And on January 27-29, 2017 it's happening again.

BroadwayCon 2017, now in its second year of operation, has taken a huge step forward, as evidenced in the change of venues to the Jacob K. Javits Convention Center at 495 11th Avenue. The reason for this change, not only to accommodate the larger anticipated audience attendance, but for the extended schedule of events and guest list as well.

This year's BroadwayCon begins on Friday morning January 27 bright and early at 10:00am, and attendees will have plenty of events from which to choose, ranging from workshops and demonstrations to fan meetups and talks monitored by Broadway stars.

If you are a wannabe Broadway dancer, the "Beyond the Chorus Line: Dancers On Broadway" should be on your list. Or if you're interested in producing a show one day, "Producing 101" may be the stop for you. If the perfect sound effects make you swoon, you shouldn't miss the "I Can Hear the Bells: Sound Design On Broadway" workshop. And if a little orphan with a big voice made you love Broadway, stop by the "Annie 40th Reunion" celebration. Fans will also have the opportunity to mingle with stars like Kelli O'Hara, Michael Cervais, Judy Kuhn, and Rebecca Luker at different autograph and photo booth sessions. 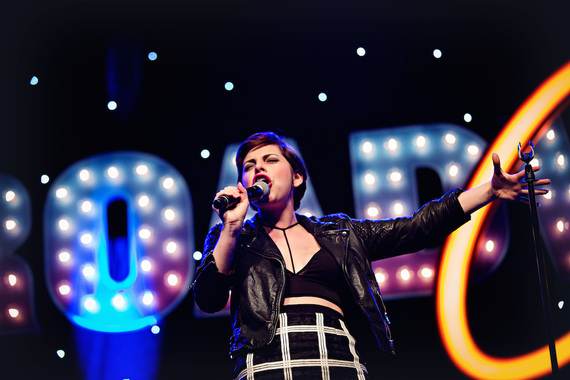 On Saturday, January 28, the curtain rises on the second day of BroadwayCon continuing with workshops and panels with specialized focus including "Long, Straight, Curly, Fuzzy: The Wig and Hair Design" for those interested in becoming wig masters, "Everyone's A Critic," discussing the huge changes in theatre criticism, "Preserving Theatre On Film," covering modern movement to preserve today's theatre for future generations, "Being Out On Broadway," personal stories from members of the LGBTQ community who are 'out and proud' on Broadway, and "The Play's The Thing: A Playwriting Panel" for all the future playwrights out there. Performers LaChanze, Anthony Rapp, Ryann Redmond, Carolee Carmello, and Chita Rivera are just some of the stars who will be getting up close and personal with fans throughout the day with both autograph and photo booth sessions.

Closing out BroadwayCon on Sunday, January 29, is yet another dream day for every Broadway lover. There's a perfect session for everyone, ranging from "Born to Boogie: Broadway's Choreographers" for future Broadway dancers, "Dressing Them Up: Costume Designers" for the wannabe costume designer, "Putting It Together: Broadway Directors," where future Broadway directors can gather, and "Mom, Dad, I'm a Thespian: Inclusion In the Broadway Community," where current issues and concerns from the LGBTQ and theatre communities can be discussed openly.

While these and more conversations are going on, actors Jeremy Jordan, Andrew and Celia Keenan-Bolger, Leslie Margherita, and Ben Cameron will be gracing fans with their presence in different photo booth and autograph sessions. And just in case you haven't had enough of Hamilton just yet, new cast members will be talking about taking over iconic roles from original cast members in their panel "Hamilton: The Next Administration." 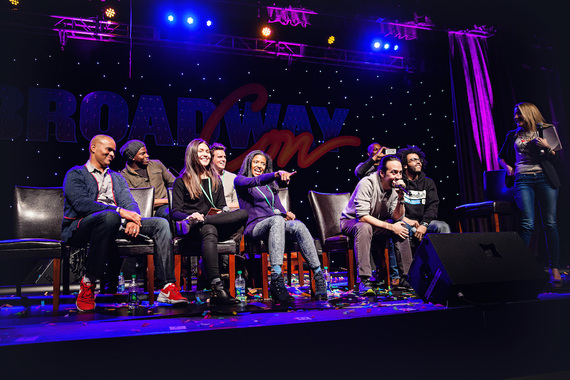 Original Broadway Cast of 'Hamilton' on the BroadwayCon MainStage 2016

These are just some of the highlights of this year's BroadwayCon, but note that all events are subject to change due to time commitments from panel members and special guests. Tickets are currently on sale for each day, or if you're planning on attending more than one day, consider purchasing a pass for the entire weekend, for that totally immersive experience.

For more information and to purchase tickets click here.

Megan Wrappe is a Contributing Writer with ZEALnyc and covers theater performance and related events.

Philip Glass Celebrates 80 with a World Premiere at Carnegie Hall