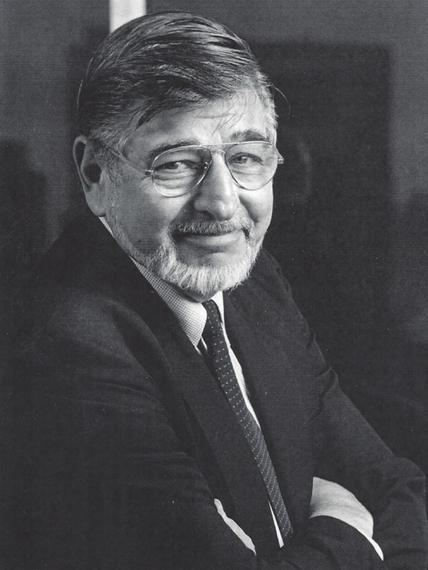 Everybody on Broadway knew Biff, or wanted to know Biff.

A stage manager working on the summer stock circuit, he joined the Army Signal Corps in 1941 and rose to the rank of Lieutenant. There was a hit Broadway revue in 1946 -- Call Me Mister -- written, staged and produced by Broadway veterans just back from the war and cast with performers returning to civilian life. Biff was hired as assistant stage manager for the touring company (which included a young dancer named Fosse and a comic named Buddy Hackett), and took the show on the road. He remained with Call Me Mister-producer Herman Levin for fourteen years, serving as stage manager of the smash hit Gentlemen Prefer Blondes (starring Carol Channing) and as production [i.e. head] stage manager of the epochal hit, My Fair Lady.

After Levin's string of successes ended in 1964, Biff moved over to David Merrick. The label "associate producer" can mean any number of things; in this case, Merrick picked the shows, chose the stars and "star" directors, took care of the financing and then moved onto the next project. Biff assembled the shows and actually produced them. When Merrick occasionally looked in -- usually during the tryouts -- he would bluster and scream, antagonize everyone and quickly depart, leaving Biff to smooth everything over and put the pieces back together. Merrick was no obstructive fool; he knew that by creating havoc, he would force the creative people -- in fear -- to redouble their efforts. And he knew that one of Biff's strong points was his ability to calm overinflated egos, find solutions and get everyone working together toward a common goal -- even if it was to keep Merrick away from them.

When the Merrick production pace quieted down, Biff landed a job as head of the theatre department at the then all-powerful William Morris Agency. Biff was not so much an agent as an artistic advocate. His demeanor was supportive, calming and enthusiastic; unlike other agents, he had an intricate knowledge of the workings of Broadway. Arriving as one of the most liked and respected people in the backstage world, he had strong relationships with numerous artists (some of whom happily became clients of their trusted Biff) and with the producers and managers who hired them. Integrity, knowledge and enthusiasm were, and remained, his hallmarks.

Biff, who died at the age of ninety-six in August, remained active into his nineties. Over the last few years, he grew infirm while remaining as mentally sharp as ever; you would still see him at the new shows, but the energetic bounce to his step was replaced by a cane-assisted hobble.

I worked with Biff when I was a teenager, during his final years with Merrick. From the beginning, he never told me what to do; Biff seemed to want to know what I thought, what I wanted to do. When I was serving as a go-fer on a lousy musical at the Alvin in 1973, Biff encouraged me to learn to "call" the show -- that is, stand in the wing and cue the actors, stagehands and musicians. He even permitted me to call the entire second act for the final four performances, which turned out to be half the run.

When I touched base with Biff over the years or ran into him on the street or in theatre lobbies, he always seemed thrilled to see me. Each time I published a new book, he was thrilled; when I produced my own shows, he was thrilled; when I got married, and had two children, he was thrilled and almost bursting with pride. (This went on, literally, for forty-five years. My daughter started college this month, and Biff would surely say: That's terrific, I'm thrilled!) He made me feel like I was his favorite nephew, and my triumphs were his triumphs.

What I've discovered over the course of time is that he had this same relationship with dozens and dozens of people in the business. We were all his 'favorite nephew'; and while his William Morris clients knew that he lavished equal care on his other stars, I expect that deep inside each somehow felt that she or he was Biff's own favorite. That, I suppose, was his keenest trait and the secret of his success from 1948 to 2015.

There was a memorial service for Biff yesterday; unlike for many of his peers, this was a small and private affair at the Lamb's Club. His nephew, some old friends and several clients spoke. Chita was her usual, radiant self; Jane Alexander gave a warm speech (and although I've enjoyed her on stage since 1968, I never realized she could be so funny); and Angela bravely soldiered on before breaking down in tears. Julie Harris and Bob Preston, among others, would surely have been up there if they were still around.

The speeches ranged from tender to raucous. The biggest yocks came in a letter from Jerry Adler, Biff's assistant stage manager on My Fair Lady who developed a second career, late in life, as a character actor. (He's best known nowadays as Howard Lyman, the senile lawyer who walks around without his pants in "The Good Wife.") Jerry recounted a time when Biff came downstairs from Julie Andrew's dressing room, shaken. "She was sitting there stark naked, reading the New York Times," said Biff. Jerry: "What did you see!" Biff: "Just the headlines." (This quote sounds more like Jerry than Biff, but even so.) Let it be added that Julie, in the letter she sent to be read, didn't mention this specific incident.

Last year we held a memorial service for stage manager Mitch Erickson, who was my mentor and pretty much a brother to Biff. Biff was there, somewhat too infirm to speak so he had someone else read his wonderfully endearing speech. He did say, though, that when his time came he'd like his epitaph to be: Did I Miss Anything?

Biff didn't miss anything, not on Broadway; but Broadway'll sure miss Biff.