Two months and 28 states after the Iowa caucus, the race for the 2012 Republican presidential nominee goes on. With four candidates still in the race, and all insisting they won't give up, the idea of a brokered convention is continuing to circulate, thrilling political junkies and garnering more mixed reactions from the GOP.

Brokered conventions occur when a party enters its national convention with no candidate having enough pledged delegates to secure the nomination, and then fails to nominate one on its first ballot. As voting continues, some delegates, depending on their state rules, are allowed to switch their votes, setting off rounds of bargaining until one of the candidates -- or even someone entirely new -- is chosen.

The buzz this year isn't unique. Brokered conventions are rare in modern electoral history (although predictions of them are not, appearing as recently as 2008.) But before the advent of the primary election system, they were commonplace.

In 1924, the Democratic convention, split over whether to condemn the Ku Klux Klan, stretched on for three weeks before finally nominating an obscure dark horse, John Davis.

Franklin Delano Roosevelt's first term as president was the product of a brokered convention in 1932. His opponent, John Nance Garner, agreed to release his delegates on the fourth ballot only after being promised the vice presidency.

Roosevelt was the last candidate to emerge from a brokered convention and win the presidency. The last truly brokered conventions came in 1948 for the Republicans, who nominated Thomas Dewey, and in 1952 for the Democrats, who picked Adlai Stevenson.

Former Rep. Pat Williams (D-Mont.) recalled the commotion of the 1952 convention, writing in a column, "That hot July evening at the Chicago convention the wit, style, voice and ideas enunciated by Stevenson electrified the delegates as well as millions of Americans listening and watching across the country. For the last time in American political history, a nominating convention became wide open, brokered, and Adlai Stevenson, unable to suppress the excitement and enthusiasm, was nominated for president on the third ballot."

Since then, there have been several close calls, and numerous predictions of brokered conventions that didn't come to pass. In 1976, incumbent President Gerald Ford fought Ronald Reagan up to the Republican convention that August before barely clinching the nomination on the first ballot.

The phrase "brokered convention" evokes an image of party establishment figures conferring in smoke-filled rooms -- one that might not accurately describe the general confusion of a 2012 RNC sans nominee.

"Either Romney's going to win it outright, or everything's going to be chaos," Newt Gingrich, who would prefer the latter option, told Fox Radio host Brian Kilmeade on Monday.

Whatever the terminology, ABC's John Barron envisioned what such a convention would look like in the digital age, writing, "A modern brokered convention is probably going to be smoke-free and involve a lot of hushed phone calls and texting on BlackBerrys, but the very uncertainty of it would be wonderful theatre (and scare the bejeezus out of the party establishment)."

Check out Republican reactions to a possible brokered convention:

The History Behind Brokered Conventions 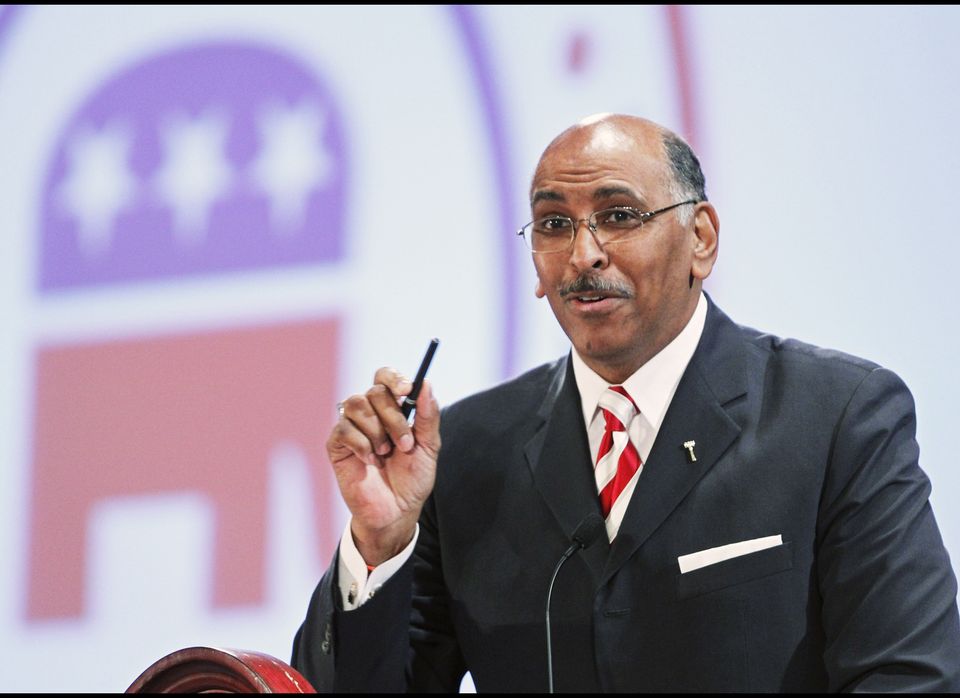 1 / 15
Michael Steele
Former RNC Chairman Michael Steele, who helped craft the current GOP primary map, is considered by have some to have shaped this year's long slog of a Republican race. Steele doesn't think that's necessarily a bad thing. In January, <a href="https://www.huffpost.com/entry/republican-convention-mitt-romney-south-carolina-primary_n_1221350?1327197021" target="_hplink">he predicted</a> a "50-50" chance of an open convention, and he more recently told <em>Mother Jones</em> magazine, "I wanted a brokered convention." Steele <a href="https://www.huffpost.com/entry/michael-steele-brokered-convention_n_1339214?1331570124" target="_hplink">explained that comment to The Huffington Post</a>, saying, "We effectively lengthened the process and allowed for more proportional voting which had nothing to do with who runs or how they would run their campaign. And on that point we could not predict this outcome."
AP