UPDATE: Friday, Sept. 28 1:20 p.m. EST -- A rep for Bad Brains' management has issued a statement to Gawker claiming that the photo does indeed show H.R. and Shields smoking weed together in 1983.

"It's her," the band's manager told the website through a publicist. "This would be from 1983. Hair length, and H.R. missing that tooth he knocked out hitting a huge stage divider pole at the Reggae Lounge. Brooke would have been around 18, maybe still a Ford model."

UPDATE: A rep for Shields tells The Huffington Post "It isn't her."

PREVIOUSLY: For no reason whatsoever, a Twitter user named Dave Hill has tweeted a photo that he alleges is a young Brooke Shields smoking out of a pipe.

Sitting next to the woman, as she lights up is none other than H.R., lead singer of the pioneering D.C. hardcore band Bad Brains.

Everything has been up in smoke lately for some of Hollywood's most outspoken celebrities. Earlier this week, Lady Gaga was called a "slut" by Staten Island Borough President James Molinaro, after the pop star smoked weed while onstage in Amsterdam, and singer Fiona Apple was arrested on drug possession charges in Texas.

Federal legalization of marijuana is an increasingly hot issue in American politics, although the two major presidential candidates have mostly dodged the issue. When President Barack Obama participated in an "Ask Me Anything" Q&A on Reddit last month, several of the most popular questions concerned America's drug war. The president declined to respond to any of them.

here is a photo of brooke sheilds smoking pot with h.r. #what. pic.twitter.com/dTiQC1pe 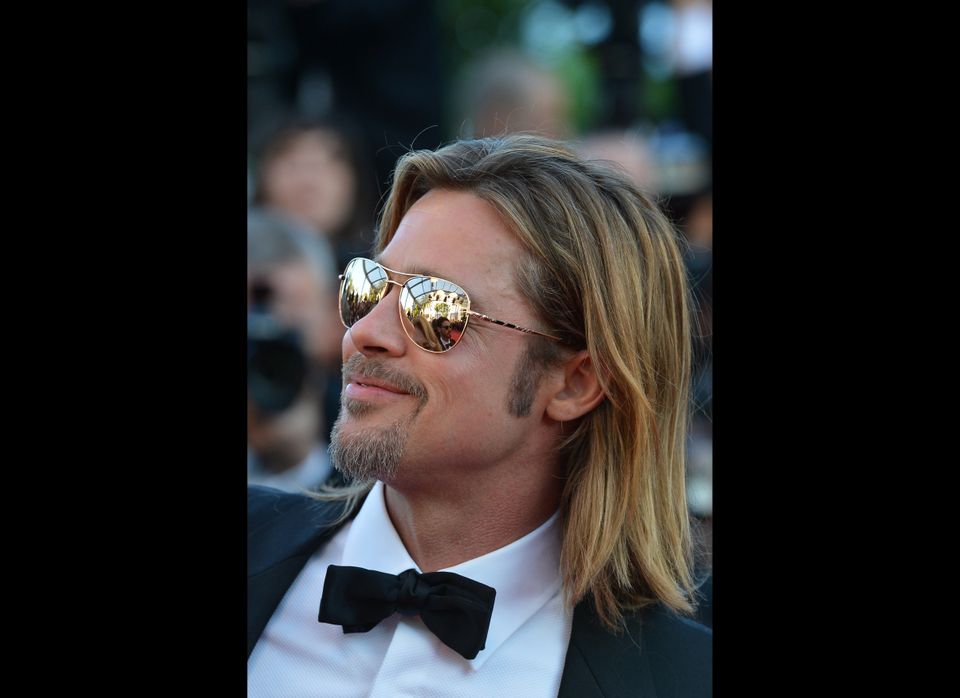 1 / 14
Brad Pitt
The <a href="https://www.huffpost.com/entry/make-it-right-new-orleans_n_1564635" target="_hplink">"Make It Right" founder</a> and <a href="http://www.mnn.com/lifestyle/arts-culture/blogs/brad-pitt-angelina-jolie-donate-2m-to-african-wildlife-sanctuary" target="_hplink">African wildlife supporter</a> has 'fessed up to other green activities in his past. In an interview with Parade magazine in 2009, Brad admitted that his early Hollywood days <a href="http://www.parade.com/celebrity/celebrity-parade/2009/brad-pitt-on-real-love.html" target="_hplink">included some psychedelic downtime</a>. "I liked to smoke a bit of grass at the time, and I became very sheltered. Then I got bored. I was turning into a damn doughnut, really."
Getty