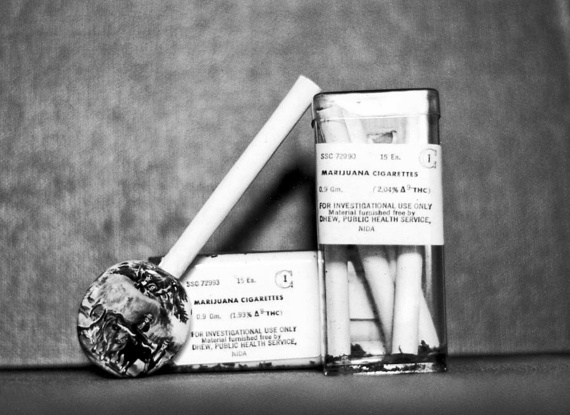 The Brookings Institution, a venerable non-profit research and education association which has been ranked the most influential think tank in the world, has issued a 21-page report entitled "Ending the U.S. government's war on medical marijuana research." For those involved in marijuana reform, or those who have ever wondered how we got to where we are today with federal marijuana policy, this report is an essential read.

The authors, John Hudak, Ph.D. and Grace Wallack, have managed to distill a difficult issue down to the essentials. The report opens with a strong statement, "The federal government is stifling medical research in a rapidly transforming area of public policy that has consequences for public health and public safety." Hudak and Wallack are far from the first to lob this accusation but they are among the few who back up the statement with compelling evidence.

With twenty-three states already recognizing the medical utility of cannabis and another fifteen acknowledging the medical benefit of a particular cannabis component, CBD, it is astonishing that federal policy remains mired in the muck of Richard Nixon's War on Drugs, truly America's longest War and certainly among its most disastrous. "The elderly, veterans, children, and people from every demographic group in the nation claim that the use of cannabis assists in the treatment of their medical conditions," the authors write. "However, the U.S. government has held back the medical community's ability to conduct the type of research that the scientific community considers the experimental gold standard in guiding medical practice." (pg 1.)

Hudak and Wallack provide a good discussion of Scheduling, the federal government's drug control system that assigns drugs to a category based on their abuse potential and accepted medical use in treatment. In particular they lay out the history of efforts to have marijuana removed from Schedule I (the most restrictive), summarize what rescheduling would and would not do for availability of cannabis, and give a good overview of what each branch of government can do relative to removing the current obstacles that block aggressive cannabis research in this country. If you have ever wondered what the Executive Branch can do to re-schedule marijuana this is the report for you.

Of special interest to this author was the discussion regarding expansion of the Compassionate Investigative New Drug (IND)Program. For more than a decade the Compassionate IND Program offered American citizens the only means of obtaining legal access to marijuana for medical purposes. The program was created in 1978 (not 1976, as stated by Hudak and Wallack) in response to a civil suit brought by my late husband, Robert C. Randall. In 1976, Robert had defied the odds when he prevailed in beating criminal marijuana possession charges by reason of medical necessity (he had glaucoma) and also launching a successful petition to access federal supplies of marijuana after tests at UCLA conclusively proved that he would go blind without regular access to marijuana. Two years later, after repeated threats against Robert's freedom of speech, the federal government rescinded his access to the drug and forced him to file the civil suit (Randall v. U.S.). The government settled within 48 hours of reading the brief prepared by Steptoe & Johnson. As the Brookings report correctly notes, "the federal government created the program as a means to dispense medical marijuana cigarettes" (pg11) but it was never their intent for the "program" to serve any more than one patient--Robert Randall.

The thing about cannabis, however, is that ascertaining whether or not is has medical value is not rocket science. Across the country people were already experimenting, successfully, with medical cannabis and they wanted what Robert had, legal access under a doctor's care. We helped a small number jump through the hoops of this "compassionate" program but the numbers were never large. The program was too cumbersome, too daunting for most. We had the backing of a large law firm that intervened on numerous occasions even after settlement of Randall v. U.S. The majority of Americans seeking legal, medical marijuana did not have such a luxury.

When the effort was made to expand the program to AIDS patients in the early 1990s, the federal government demonstrated what they really thought about the "Compassionate" IND Program. They shut it down to new applicants and grandfathered existing patients. The public was outraged and it was this fury that led to California's Prop 215, the first ballot-initiative for medical marijuana in the country.

Hudak and Wallack state, "reopening the Compassionate Use Program may offer a middle ground between full rescheduling and the status quo." (pg 12) Respectfully this author disagrees. The closure of the Compassionate Use Program in 1992 unleashed a pent-up frustration with federal cannabis control that is still evolving. Returning to the days in which federal bureaucrats decide, rather than a personal physician, who can and cannot have medical cannabis borders on lunacy.

But that quibble over the report's content does not diminish its importance and Brookings should be rewarded for collecting in one neat package the many political quagmires that dog this issue of public health. This author was particularly pleased with the section entitled "2016 Politics and Medical Marijuana." Medical cannabis is a winning issue. Public polls consistently show a very high percentage of public support and more than 2/3 of the States have some type of program authorizing access yet politicians shy from the issue like it was a viper. When Rand Paul joined several other Senators in sponsoring the CARERS Bill last spring there was hope that a national dialogue could begin and it seemed a natural issue for the campaign but there has been precious little talk about medical cannabis on the campaign trail thus far. As the Brookings' authors note,

Candidates are hesitant to take a bold position on (medical) marijuana policy. And frankly, this reluctance is very difficult to understand. Public support for medical marijuana reform is quite high across the country and at the state-level. Multiple polls put the national support for physician-prescribed marijuana between 70 and 80 percent approval. Polling suggests that in most states--even the most conservative states--support for legalized medical marijuana is at least two to one, and polling at rates of 80 percent or higher in swing states like Ohio, Iowa, Florida, and Virginia. Medical marijuana also polls favorably in Pennsylvania, North Carolina, and Wisconsin. (pg 17)

Perhaps the Brookings report will help open the national dialogue on this issue. It certainly gets high marks for re-focusing the issue back to where it belongs, the federal government's intractable cannabis policy. As the report concludes,

"It's time to stop letting outdated policy prevent the scientific community from advancing knowledge and ensuring that patients and practitioners understand the benefits and risks of medical marijuana."