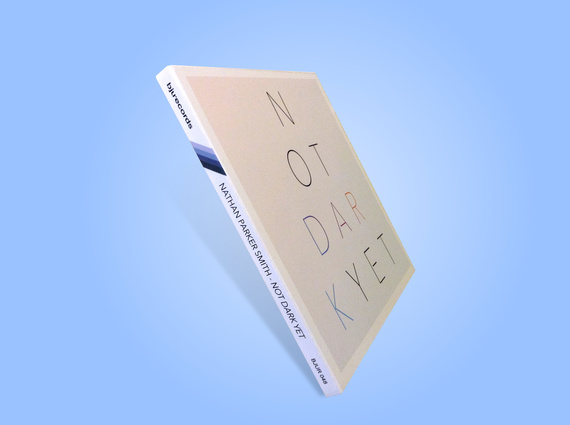 If I ask you to picture a big band, chances are you close your eyes and see Bono or Chris Martin or Donald Fagen (just me?). Give that first word a little more, though, lean on that "big" and you get a whole different thing. You get more musicians than you can count on two hands, troupes a la Ellington, Basie and Calloway. Believe or not, there was a time when that style of music was cool, a time when not all genre pop songs sounded homogenous, a time when the soundtrack to the club was live. Those times may be long gone, but big bands persisted through the post-bop epoch, popping up a few times a year to remind us that their kind is still breathing.

I've owned a handful of big band records -namely by artists whose work I had already appreciated, operating in a new medium- but I'm far from an authority. I was surprised, then, to find an email with the subject line "New Prog-Rock Big-Band Album" in my inbox. I honestly wasn't sure to make of it, Trans-Siberian visions in my head, but that big band part was intriguing so I opened it, and on the other end found the Nathan Parker Smith Large Ensemble, an 18-piece behemoth lurking somewhere in my Brooklyn backyard.

Their new album, Not Dark Yet (Brooklyn Jazz Underground), feels like someone took a bunch of my favorite bands and threw them in a VitaMix. Although not all peanut butter and jelly, most of the stylistic mergers here really work, and instead of painting with different sonics or production, Smith and co. consistently use the big band filter (not available on Instagram). With 18 pieces to play with, why not?

There's a lot of that attitude on Not Dark Yet. The album, which opens with the Dillinger Escape Plan muscle of "Mega" and closes with what sounds like a marching band covering Coheed and Cambria, is a bombastic trip that owes much to the many. One hears these and more in these songs, which inevitably lead to deeper portals of influence: the jazz of Charles Mingus, Mahavishnu Orchestra, Ornette Coleman and Eric Dolphy; the pummeling cyclical rhythms of Meshuggah and Animals as Leaders; the intensity of Converge, Pantera and Candiria; the inventiveness of Frank Zappa and Yes; the orchestration of Lalo Schifrin, Gil Evans, Dave Holland and Bob Mintzer, and the modernism of Kneebody, The Bad Plus, Darcy James Argue's Secret Society and Snarky Puppy.

I know that's a lot to take in, especially through the big band lens, but bear with me. This is intricate music, even calculated. Much of it sounds "on the grid," perhaps quantized, but that's simply my brain trying to account for the fact that distortion and compression are replaced with the lushness of woodwinds and brass. And while moments of Snarkyesque looseness are present, the pendulum always swings back towards scripted events. This is the work of an intelligent and capable conductor, leading his army through a flurry of aggressive leftfield maneuvers. What's so astounding, though, is that he's somehow making an archaic form of instrumentation feel fresh and relevant.

This owes halfway, of course, to the caliber of players on this record. They're all young world-class performers, capable of reading a barrage of sheet music (available for purchase on Smith's website) and improvising when called upon. Knowing how hard it is to get three or four guys in a room together to make music, I can't imagine corralling 18. And while the druidic big bands of old had only a handful of musical idioms to negotiate (some swing here, some Latin rhythms there), Smith has made certain that his cast has done their homework.

While "Solace" hits me right in the penchant for steady odd meter grooves, "Monsters," which calls to mind Dogman-era King's X and "Rhetoric Machine," with its Ebu Gogo-like feel shifts, are highlights as well. There's sheer mania on "Build and Destroy" and "Dark Matter," there are even shades of Thursday on "Fog Over East." This is a dense journey, not unlike Fernet Branca, which makes you feel good and warm and a little weird and strikingly vintage, but it's a little hard to swallow at first. Bob Dylan's "Not Dark Yet" this ain't.

In the two videos Smith has online, the band is seated, its cacophony neatly contained. I was surprised at first to see music stands, assuming that the live translation would be more Ben Weinman than Benny Goodman, but there is something more badass, even meta-metal, about the juxtaposition of a restrained blitzkrieg. Contrast, of course, is what this band is all about.

There is generally no room for balladry in hardcore, but Not Dark Yet could use a respite or two. A disconcerting Mingus-meets-Zimmer crescendo in the middle of the album almost fits the bill, but my ear wants another break to more ably process the rest of the pieces before hitting aural exhaustion. However, Nathan Parker Smith has made a statement with Not Dark Yet. Uncompromising, furious and what my mother might refer to as "headache-making music," he's bringing the big band into a new frontier. Much like the 1859 solar storm that is the album closer's namesake, Not Dark Yet is "magnetic mayhem," a frenzied anachronism. For those about to prog-rock big-band, we salute you.